Mike Sullivan had a clear vision for the Pittsburgh Penguins when he was hired as the team's new head coach in December.

The former Boston Bruins head coach and a long-time assistant to John Tortorella in Tampa, New York and Vancouver, Sullivan wanted to play to the strengths of Sidney Crosby, Kris Letang and the rest of the team's best players when he replaced the fired Mike Johnston.

"And when you look at our core players they all want to play a speed game," Sullivan said before the Penguins raced out to a 2-0 series lead over the San Jose Sharks in the Stanley Cup final. "Speed in all of its forms, whether it's foot speed or team speed — your ability to move the puck and change the point of attack quickly to create opportunity or to create a competitive advantage — is what I envisioned with this group.

"And so we've tried to implement some strategies to give these players an opportunity to play to their strengths."

It's been a rousing success with the Penguins not only racing to one of the NHL's best records from the point of his hiring, but the club's first Stanley Cup final appearance since 2009.

The numbers before and after Sullivan's promotion from the team's AHL affiliate in Wilkes-Barre are jarring.

Scoring skyrocketed, from a mediocre 2.36 goals per game under Johnston to 3.24 per game under Sullivan, a number that would have led the league this season. Not only were they finding the net more often, but controlling the puck with increased frequency and by a wide margin. The Penguins boasted a conference-leading 55.4 per cent puck possession mark after Sullivan took over, well above the sluggish rate under Johnston.

Outshot slightly before the coaching change, the Penguins badly outshot teams under the new head coach, averaging close to six more shots per game than their opponent.

As for those core players Sullivan wanted to unlock, they surged as well, notably Crosby who had 30 goals and 66 points in 52 games and Letang who posted 15 goals and 53 points in 46 games.

Speed was apparent on all four lines of the Pittsburgh lineup as well as on a defence that moved the puck quickly up the ice.

It was an evolution that saw the eventual Eastern Conference champions become a high-scoring, puck-hogging juggernaut, one that's mostly overwhelmed the San Jose Sharks en route to thorough wins in Games 1 and 2 of the Stanley Cup final.

The Sharks have spent most of the opening two games buried in their own zone, unable to slow down the Penguins.

The first thing Crosby noticed about his new coach when he took over Dec. 12 was his propensity for details as well as the clarity of his expectations, both for how the team and individuals were to play.

"That was very clear right off the bat so I think as a player the direction that he wanted the team to play and everything that came along with that, I think was well-understood and well-received," Crosby said. "He was going to hold everyone accountable no matter what position or what the detail was. Everything was important."

That accountability was appreciated beyond the stars.

"He doesn't let anyone off the hook as far as making plays, turning pucks over, which I think, that accountability is really good for us," said defenceman Ian Cole.

Helpful, too, is the familiarity Sullivan had with young players within the organization following his stint in Wilkes-Barre.

Impact performers in the post-season such as Game 2 overtime hero Conor Sheary as well as forwards Bryan Rust and Tom Kuhnhackl along with Matt Murray, the 22-year-old star in goal, all played for Sullivan with the AHL Penguins.

"He trusted us and we also trusted him," Sheary said. "In Wilkes, we had a good record down there and we knew that his system worked so I think that the transition coming up here was pretty easy for us."

Sullivan built that trust, Sheary said, by giving inexperienced players like him opportunity. He put them back on the ice when they made a mistake, gave them a chance to play during a high-pressure situation.

Sullivan is following the model of Dan Bylsma, who was also coaching in Wilkes-Barre when he was called from the NHL club to replace then-Pittsburgh head coach Michel Therrien in 2009.

Like Sullivan, who went 33-16-5 with a plus-41 goal differential after replacing Johnston, Bylsma guided the Penguins to a dominant record before eventually helping the club back to the Stanley Cup final.

Sullivan can complete Bylsma's trajectory by hoisting the Cup and unlocking a winner. 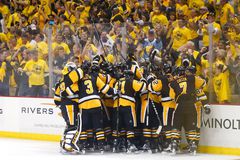 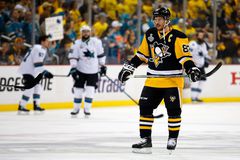 Sidney Crosby silences the doubters with a return to the Stanley Cup Finals
May 27, 2016 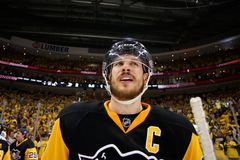