The goaltenders sit beside each other in the dressing room after they come off the ice, and Eddie Lack and Ryan Miller usually engage in the repartee of convivial colleagues.

On Monday, the subject shifted to the bench press, an exercise neither has spent time on in recent years. Miller declared that, back in his college days, he could bench more than 200 pounds. Lack, a Swede, asked for a metric conversion from his American teammate: "How many kilos is that?" Lack asked, noting he topped out at 102.5 kilograms (which, by coincidence, is pretty much exactly what Miller hit, about 225 pounds).

As the Vancouver Canucks return to the playoffs this week after a one-year absence, facing the Calgary Flames on Wednesday, it is Lack who is set to do the heavy lifting in goal. The team has not declared him the official starter, but with Miller still not fully recovered from a knee injury, Lack is primed to play the first NHL postseason hockey of his career.

"I play my best when I have a little nerves," Lack said on Monday after practice. "We're been playing with pressure for a while now."

Last summer, after the Canucks were half-overhauled under new management, the team shelled out $18-million (U.S.) over three years to 34-year-old Miller. The new executives were unwilling to put the 2014-15 season fully in the hands of Lack, who played 41 games as a rookie last season. Miller helped lead Vancouver to a strong start – the Canucks were in first place in the league on Nov. 28 – but it was Lack who did equally effective work from Feb. 22 onward, after Miller injured a knee.

Coach Willie Desjardins, perhaps in an effort at gamesmanship to which he half-alluded, said both goaltenders are ready to start on Wednesday. Miller played on Saturday, his first game in seven weeks, and wasn't especially good even as the Canucks won. On Monday, Miller said there were "a lot of things I need to do to be competing at a high level." He said it was pretty obvious he was in part rusty and slow on Saturday.

"I want to be sharper," Miller said.

Lack ensured the Canucks maintained altitude after Miller was hurt. The team was fifth in the West at the time and finished the season in the same position.

"Millsy was really good when he played," captain Henrik Sedin said. "Eddie came in; we needed him to be good as Millsy – otherwise there was no chance we were going to make [the playoffs]."

Lack, signed to a two-year, $2.3-million contract, went 12-6-1 after Miller's injury. He was busy – he faced the second-most shots on goal of any goalie in the league during that span (697). However, even though he won about two-thirds of his outings, his play was not top-tier.

At five-on-five, Lack's save percentage was 0.922 – which ranks 23rd out of 32 goaltenders who played at least 500 minutes of five-on-five time from Feb. 22 onward. Calgary's Jonas Hiller was fifth-best at 0.946, though Hiller played about half as much as Lack.

Lack excelled when the Canucks were shorthanded. The team was second on the penalty kill this season, and Lack bolstered that effort, at least when he was a starter. He had a 0.925 save percentage shorthanded after Miller's injury, in 110 minutes, among the best in the NHL in that span. Before the injury, Lack played 96 shorthanded minutes and his save percentage was 0.875.

"Since then, he's been really solid," Bieksa said. "It doesn't always have to be spectacular – it just has to be solid. That's all you need in your goaltender, and he's done that for us."

Flames, Canucks set to renew intense rivalry in historic series of redemption
May 14, 2018 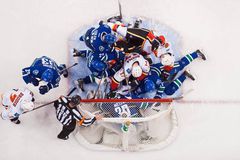 Flames are motivated by underdog status in postseason play
May 14, 2018 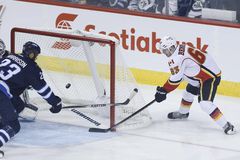 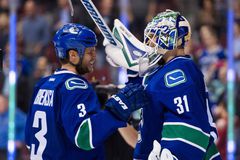