So, three rabbis and a cantor walk into a bar … Seriously, now – how else were they going to make their way to the curling rink?

They pass through the bar at the Ottawa Hunt Club wearing blue-black-and-white team jackets with a crest on the back identifying them as "the Frozen Chosen." Underneath, in smaller letters, in Hebrew, is a quote from Psalms 18:46:

"Blessed is my Rock."

Rabbi Cory Weiss of Temple Har Zion in Toronto, Rabbi Michael Dolgin of Temple Sinai in Toronto, Temple Sinai Cantor Katie Oringel and Rabbi Jerry Steinberg of Temple B'Nai Shalom v'Tikvah in Ajax, Ont., have come to contest the "Friars Briar," a slightly competitive curling bonspiel being played this week only a few hard takeouts from the Tim Hortons Brier going on in the far larger venue at TD Place.

The Friars Briar is being held in a tiny curling rink surrounded by the white fairways of one of the city's posher golf courses. There is no "Brier Patch" for the drinkers, no television for the national audience, no media worth noting.

The Friars Briar – spelling to be explained later – is an annual event that dates to 1978 and tries, whenever possible, to be held the same week in the same centre as the Canadian-championship Brier. Instead of provincial champions and semi-professional men's teams, however, the Friars Briar is somewhat co-ed and open to priests and preachers who tend to be too busy on Sunday to take in weekend tournaments.

And now, in the case of the Frozen Chosen – the first Jewish team to play in what is now an interfaith bonspiel – those who are also much too busy on Saturdays.

Three of the foursome are American – one with dual citizenship, two perhaps one day to become Canadians in more ways than with a broom in one hand and the handle of a 40-pound rock in the other, not to mention one foot with traction and the other foot with no traction at all.

Only one, Steinberg, is Canadian born and bred. He learned to curl in Regina when he attended Thomson Public School and the janitor would flood the yard and paint circles on the ice. The kids would bring empty jam pails to school, fill them half with cement and, once the cement hardened, they had all the equipment necessary. He knows an out-turn from an in-turn, hack weight from draw weight. He is 80 years old and serves as skip.

The others knew nothing of the game.

Weiss, a much younger man, was studying French horn at Michigan School of Music when, one day, "I happened to catch a Windsor station on my television and curling was on. 'What the heck?' I said. 'That's the stupidest thing I've ever seen in my life!'"

Then a friend talked him into trying it. "Curling is much more difficult than the French horn, I have to tell you.

"But it makes us feel very Canadian. I tell all my friends in the U.S. and if they don't start laughing, they think I've now become Canadian. I even sometimes say 'eh?' now."

Oringel came from Florida and also had no knowledge of the game. But she has taken to it with a passion. Does she ever find herself praying for a particular shot to work? "No more so than any other curler," she says.

Dolgin grew up in Chicago, so arrived with an excellent sense of "Original Six" hockey, but still knew little of this strange winter game the Scots created.

Then again, there has long been a theory about that one of the lost tribes of Israel ended up in Scotland – "Another Jewish gift to the world," Weiss smiles.

Under Steinberg's tutelage, they have learned and, in fact, in a Wednesday morning match against Team Victoria, a foursome of Christian clerics from British Columbia, Dolgin threw one magnificent take out that left the Frozen Chosen counting two – though they soon conceded, being well behind in the game.

What fascinated the rabbis about this game is its multicultural appeal and its social power. They stick to a firm "No shop talk" rule while playing, but in their interfaith league in Toronto and in small tournaments like this they have become intrigued by curling's place in Canada.

"People so rarely are able to meet all the members of a community," Dolgin says, "but it can happen in curling."

"There's no other sport where you can play all your life, at any age, men or women," Oringel says.

"The big change in our lifetimes has been urbanization," Dolgin adds. "But so many of the people in the suburbs grew up in small-town Canada – and there they learned to curl."

So convinced is Steinberg, who spent most of his life on the Prairies, in the communal and sharing powers of curling that the rabbi has invited an imam from a nearby mosque to come and play with them in their Toronto league.

In fact, it was this sense of community that led to the first Friars Briar. A cleric curler named Don Amos travelled from Ontario to Winnipeg to talk to fellow clerics about what might be done to bring this country – then reeling from the double blow of separatism and increasing western alienation – more together.

"The original intention was nation-building," says Karen Kuhnert, a Lutheran minister from the Kitchener-Waterloo area and chair of the Ontario Clergy Curling Association.

They started the tournament, added in some touches such as the Friar Tuck trophy for the team with the most steals – "as in steal from the rich and give to the poor" – and there is now even some prize money, a total of $1,800 to be divided among the winning teams of three pools.

Fraser Muldrew has competed in every single tournament and, at 86, still curls three times a week in Winnipeg. The retired United Church minister is a five-time winner and was there when the great spelling controversy was settled.

The organizers of the real "Brier" were apparently not amused that someone else might use their name, which comes from a specific brand of tobacco.

"So we spelled it differently," Muldrew says. "That way they couldn't stop it. But we're friendly people – there was no trouble."

He and the others could not be more pleased than to see the inclusion of the Frozen Chosen in this year's event and trust it is but the beginning of more interfaith exchanges.

"It's been quite wonderful," Steinberg says. "Such a great way to get to know people better. 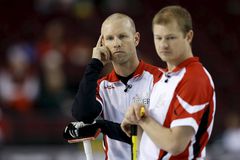 Northern Ontario doing it their way at Brier after emotional Olympic gold
March 8, 2016 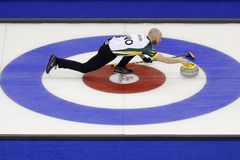 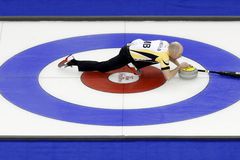 House of commoners in session at the Brier curling championships
March 6, 2016 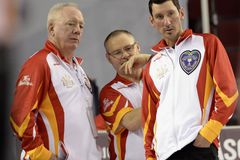 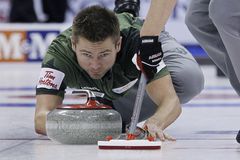