At the 2000 Olympics, Brian Price, the cox of the Canadian men's eight rowing team and a cancer survivor, was asked what his goal was in Sydney. Price said he wanted to be interviewed by Brian Williams on CBC. Why? he was asked. "Because it will mean I won the gold," Price replied.

While Price didn't get the gold medal, he did get face time with Mr. Olympic TV in Canada. "When I heard about his comment, I brought him in, even though he didn't win," Williams said on the phone as he prepared to depart for London. "He's everything an Olympian should be."

Any red-blooded Canadian Olympian wants to be interviewed by Williams. Since his debut as a CBC wrestling commentator for the 1976 Olympics in Montreal, the 65-year-old Williams has chatted up all the greatest Canadian sports heroes. Now host of the CTV prime-time coverage, the Order of Canada winner is to the Olympics what Dick Clark was to New Year's Eve.

As he starts his 14th Olympics, Williams is synonymous with the Games in Canada. Countless Canadians can do his patented delivery. He was spoofed on CBC's Air Farce as a man with six wristwatches to keep up with the time changes. He knows everyone who matters in the country's Olympic scene.

In a business that prefers the comfortable to the controversial, Williams has established that he's not afraid to ask a pointed question or express a controversial opinion. Famously he duelled with Don Cherry over the Canadian junior hockey team losing the gold medal in 1987 over a brawl (he now plays host to Cherry's syndicated radio program).

As the London Games open with a $1-billion security bill, Williams is not holding back, either. Asked if the Olympics have become too big and expensive, Williams says, "The Winter Games are a workable size, but the Summer Games are on the edge. They build a baseball stadium in Athens, no one plays baseball there. Look at Montreal, the facilities not used. But cities are still lining up to host them, so the IOC [International Olympic Committee] figures everything is fine."

There is concern that conspicuous consumption in a time of severe economic stress in Europe and North America might be seen as out-of-touch. "There's no question the Olympics are being toned down this time. [Former IOC president] Juan Antonio Samaranch didn't get it. The IOC officials lived like princes. But [current IOC president] Jacques Rogge is different. He gets it. As a former athlete himself he even lives in the athletes' village …

"I'd be stunned if they're not concerned about the image they project in these times. If the IOC doesn't look at those issues, they're crazy."

Williams says that as long as the IOC controls the "ultimate world championships" in so many sports, they'll always have a place. "In a day when we have a million events, the Olympics still stand at the top. The Olympics mirror society. There are 205 nations competing in the biggest regularly scheduled event in world."

As the host of CTV's prime-time coverage in Canada, Williams will be working the overnight graveyard shift from midnight to 5 a.m. (GMT). "I don't know how he can do those hours and stay awake," says TSN colleague James Duthie, who is the host of the daytime shift in Canada (evening in London). "But that's Brian. He lives for the Olympics."

While the romance of the Olympics never gets old for Williams, the delivery system has changed considerably since he began racking up Gemini Awards as a host on CBC and now CTV. In the early days with CBC, it was from Williams's lips to everyone's ears. Now it's a Twitter race to get there first, as evidenced recently when Canadian diver Alexandre Despatie hit his head in training, concussing himself.

"When Despatie hit his head, the CTV digital folks came to me right away and asked if I'd do a piece for the web. I said sure, and that night they were using my piece on the local news. Let's be honest. Not everyone watches TV any more. My research comes from places we never dreamed about years ago. Now we're involving the viewer like never before.That's why, in addition to what we do on the TV, we're going to have a massive digital face in London."

London is where Williams, ever the historian, sees both the past and future impact of the Games. "Since the Munich Massacre in 1972, think about the gatherings of the world where security is an issue. A billion dollars for these Games. That's the legacy. It changed everything."

Williams has been there through recent Olympic history. And he'll be in London for the next two weeks. Just where Canadians want him to be. 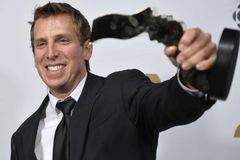 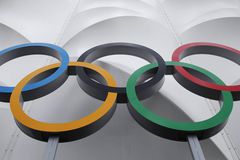 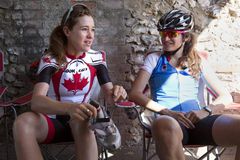 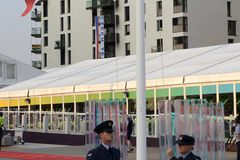 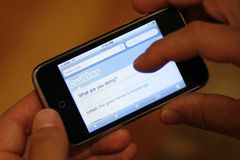 Athletes urged to think twice before they tweet
April 30, 2018 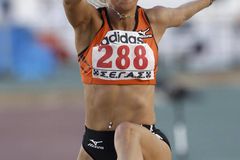 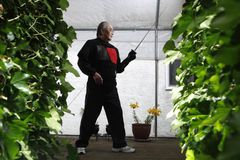