For the past four years, Allison McNeill's password for literally everything from email to Twitter has included the numbers "2012."

And when Canada's women's basketball squad failed to qualify for the Beijing Games, the team's head coach said they had team shirts made up that read: "It's not every four years, it's every day for four years."

Four years have finally passed since the disappointment of missing out on Beijing, and when the players walked into the Basketball Arena at Olympic Park earlier this week, the players threw their arms in the air and sang out like a celestial choir.

"A guy literally threw open the doors and our team walked out and went 'Aaaaahhhhh!,"' McNeill sang. "It's like, 'We are here. We have worked hard.'

"Our coaching staff had to stop, we were laughing so hard. I didn't think I could do practice. It was so cute. It was a light funny moment and then we had a phenomenal practice."

The long wait finally ends when Canada tips off its Olympic tournament versus No. 2-ranked Russia on Saturday.

Canada is making its first Olympic appearance in basketball in 12 years, and is the only other Canadian team represented in London — the other is women's soccer. It's also only the fourth women's basketball team to qualify for and play in a Games in 36 years.

The basketball squad, led by point guard Teresa Gabriele — the only remaining player from team that competed in the 2000 Sydney Olympics — arrived riding a wave of elation after earning literally the last available berth for the Games at a last-chance qualifying event, beating Japan on Canada Day.

McNeill, who became the team's head coach shortly after its last Olympic appearance in Sydney, never dreamed in the early days of a career that has spanned more than 30 years that she would ever lead a team onto the Olympic hardcourt.

She said she's always been perfectly happy in her fulltime gig, coaching development players as young as Grades 3 and 4.

But McNeill, who coaches the national squad alongside husband Mike — one of her longtime assistants — said there's no better feeling than helping players achieve their Olympic dreams.

"We facilitate their experience, and for me, the best thing to date in my coaching career is when we are successful and I see their faces," McNeill said. "After we qualified. . . our staff just stared at them and watched them. I'd never seen such euphoria on people's faces in my life. You feel really good about that."

What makes this Olympic appearance all the more sweet for McNeill is that she coached several players — Gabriele, Kim Smith, and Chelsea Aubrey — from the development level right up to these Games. She couldn't be happier to see them shine on sport's biggest stage.

"You get to know them. You definitely get close to them," she said.

The 11th-ranked team marched in Friday night's opening ceremonies, despite its game Saturday morning versus Russia at 11:30 local time.

The coach couldn't say no. It's part of her philosophy of a well-rounded sporting career.

"I don't think I could even face them if I didn't let them do it," McNeill said. "I just think it's part of a life experience. How do you inspire a generation if you can't even tell them how it felt to walk in. . . 'I have no idea because I wasn't there."'

"I think there's something about handling distractions, being able to live a life and be a great athlete," McNeill said. "They're not opposing. Some people feel that, I'm not one of those coaches. I don't think you have to be in your room stressing about basketball 24-7, I think it's unhealthy."

Canada is in a tough pool with Australia (tied for No. 2-ranked with Russia), sixth-ranked Brazil, No. 8 France, and host Great Britain.

But McNeill said there won't be any panic-driven last-minute changes to how she and her players approach the Games.

"I don't feel like we have five-ring fever," the coach said. "We're not doing something new or changing something, it's what got us here."

Canadian team hoping for early success in London
May 1, 2018 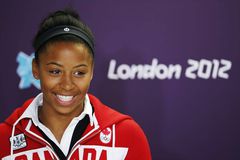 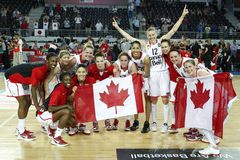