Denny Morrison is a man burning for redemption in the 1,000-metre race on the long track. And now, much to his surprise, he'll get the chance.

Canada's top male long-track speed skater wasn't supposed to take part in the race at the Sochi Winter Games. In a disastrous turn of events during Olympic qualifying, Morrison fell on the last lap in Calgary, scuttling his chance at that distance.

But in a move that shows just how tightly knit the Canadian speed-skating team has become in Sochi, up-and-comer Gilmore Junio said Tuesday he was surrendering his spot in the 1,000 metres, allowing to Morrison to take the ice Wednesday, in what is one of his specialty distances.

"How Denny is skating now, I believe it's in the best interest of the team if he races," Junio said. "To represent Canada at the Olympics is a huge honour and privilege, but I believe that as Canadians, we're not just here to compete; we are here to win.

"Denny has proven to be a consistent medal threat in the distance."

It's a classy move by the 23-year-old from Calgary who is at his first Olympics. Junio skated to a 10th-place finish in the 500-metre sprints last Monday, and is considered one of Canadian speed skating's future stars.

"Denny and I are made of the same fabric – we both want to win and represent our country at a level that reflects that passion," he said.

Canadian speed-skating team leader Sean Ireland said Junio told him after the 500 sprint he wanted to cede his spot to Morrison.

Morrison, 28, called Junio a great teammate: "This is an amazing gesture and I'm ready to make the most of this opportunity." Morrison also took to Twitter to publicly thank Junio for the opportunity to skate the 1,000 metres.

The move adds some compelling drama to the event for Canadians. Morrison is aching to capture the one thing that eluded him in such heartbreaking fashion four years ago – an individual medal.

A podium finish seemed almost guaranteed, with Morrison arriving at the 2010 Vancouver Games as one of the world's top-ranked skaters. But strangely, inexplicably, the Fort St. John, B.C., native fell short.

Even Morrison couldn't explain what went wrong. "I kind of fell apart," he seethed after placing a distant 13th in the 1,000.

A few days later, Morrison channelled his frustration into a stunning gold medal in the team pursuit event for Canada. But he still burns for success in the individual events.

For a skater who has been one of the country's best on the world stage for the past six years, his mission to Sochi is one last chance to confront unfinished work.

Morrison arrived at the Canadian selection camp last December needing to skate strongly in the 1,000 and 1,500 to make the team. Then, the fall happened, and it took a strong 1,500-metre run a few days later to secure a spot for Sochi.

One thing about Morrison – he's never lacked a flair for the dramatic. If there's a silver lining this time around in Sochi, it's possibly that he has gotten the drama out of the way before the Olympics begin.

"Speed skating is a pretty exciting sport in that way," he quipped, referring to the suspense he injected into his bid for Sochi.

For all the sport's simplicity, something he's learned over the years is just when you think you have everything figured out, things change. At his first Games in Turin in 2006, Morrison won silver in the team pursuit at 20 – and the future seemed golden.

"I came out of Torino thinking, 'Okay … I get it now. I've been to an Olympics,'" Morrison said. "And something different happened in Vancouver. Now, four years after Vancouver, it's an entirely different experience."

In addition being a late addition for Wednesday's 1,000, he'll also skate the 1,500-metres on Saturday, as well as the team pursuit.

The man to beat, as it was in Vancouver, is Morrison's good friend and former training partner Shani Davis of the United States. A four-time Olympic medalist, Davis has ruled the World Cup circuit this season. 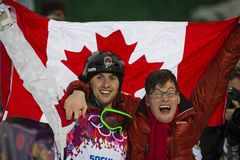 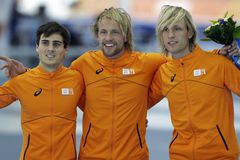 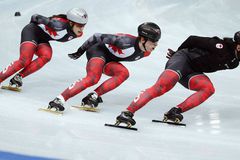 Olympic oval a little too orange and slow for some skaters
February 8, 2014 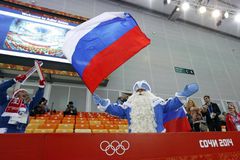