The first time Brady Leman broke his right tibia, the larger bone in the lower leg, was the worst, technically speaking.

It was March of 2009, early in Leman's career in the madcap sport of ski-cross racing. The break was just above the top of his ski boot and the bone, in Leman's words, "twisted and shattered."

The second time he broke his right tibia was the worst, emotionally speaking.

It was February of 2010, and occurred during a training run the day before he was to race at the Vancouver Winter Olympics. The break wasn't that bad, technically speaking, along the old fracture line, but it bent the metal rod that had been inserted in the previous surgery. Olympic dream over.

The third time Leman broke his right tibia, in December of 2010, it had the least impact, cracking again on the same fault line. "Kind of minor," he said. "Comparatively."

Today, the breaks of the game are long in the past for Leman, who, at 27, is one of six ski-cross racers Canada will send to the 2014 Sochi Winter Olympics. The team is potent and talented, expected to win at least a couple of medals, in a sport where four racers catapult down a mountain course of jumps and banked turns at high speeds.

"It's amazing how strong this group is," Ashleigh McIvor said Monday, and she should know; she won gold in ski-cross's Olympic debut in 2010.

Infostrada Sports, a Dutch consultancy that uses an algorithm based on previous international results, predicts Thompson and Del Bosco will claim silver medals in Sochi. But there is broader potential: Duncan won two races in Italy last month, and, further back, Del Bosco, Duncan, and Leman swept the podium at 2010 Winter X Games in Aspen, Colo.

Then there's Serwa, world champion and X Games winner in 2011, and winner of eight World Cup events, including last year's event in Sochi. She subsequently tore the anterior cruciate ligament in her left knee (for the second time) and an Olympic berth was in jeopardy, but Serwa is back, with a second-place finish last month.

On Monday, Del Bosco cited the theme of "redemption." He himself has unfinished business. In 2010, on Cypress Mountain in West Vancouver, he was in the ski-cross final and, racing to the finish, had a bronze all but locked up. He pushed for gold, and crashed. The did-not-finish left him fourth of four.

"This is our year," Del Bosco declared.

For Brady, he has been on the cusp this season, close to the heights reached in 2011-12, when he left injuries behind, won two World Cups and was the No. 2-ranked racer at season's end. Last season, his best results were a pair of second-place finishes. Last month, he twice reached the podium in third and once was fourth. He had another fourth-place finish this month.

So the good news is he's been in the finals of four of seven World Cups this season. Getting it done will be the test in Sochi.

"I know my racing is there," Leman said in an interview. "And I hate losing."

Mountains are imbued in Leman's sinews. His parents met in the early 1980s, when they were both working at the Lake Louise ski resort two hours west of Calgary. His dad was head coach of the Lake Louise Ski Club for a decade. His mom was a ski instructor at Canadian Olympic Park on the west edge of Calgary.

Leman grew up alpine racing – but was always ripping around the entire mountain, "jumping off everything I could possibly jump off when I was a kid." At 22, he had a fully paid ticket on the 2008-09 alpine World Cup circuit, but the siren call of ski-cross wooed him.

He knows the travails, even if the ache is gone in his own right leg. Financially, there were lean years, even after the wins of 2011-12, until Lake Louise resort owner Charlie Locke stepped up. Then, much more painful, was the death of Leman's teammate and close friend Nik Zoricic, who died racing in Switzerland in March of 2012.

"I ski for myself," Leman said. "I'm out there to win for me. But Nik is always in my thoughts, in my heart, when I ski.

"If anything, it's made me just so much more thankful that I have this opportunity to chase this Olympic dream. Everyone on this team has had it since we were kids."

If X Games is preview for Sochi, Canadians bound to dominate headlines
January 26, 2014 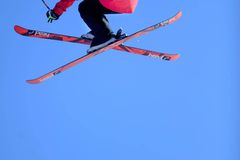 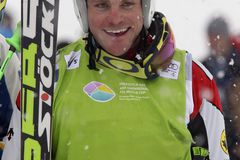 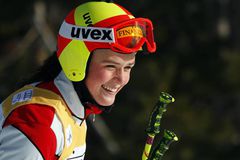