The annual budget for the Norwegian cross-country ski team is in the neighbourhood of $3-million.

When Norway stumbled at the discipline in Sochi in 2014, it was referred to back home as smoerebom – "wax disaster." They're not making that mistake twice.

That $3-million includes wax technicians, logistics, equipment, transport and, of course, wax. That's got to be close to the price tag of the entire Canadian cross-country ski team.

"Equal or even bigger," said Canada's brightest hope in the sport, Alex Harvey, on Friday. "Even here, [the Norwegians] are not staying in the village. They're renting their own hotel. It's just under a million dollars because they got it for a month. A whole hotel. With food and everything. Just for the Olympic Games."

Harvey finished seventh in Friday's 15-kilometre free race. After more than a half-hour on the course, he was within a few seconds of Norway's top three.

Given where he comes from and how the sport is financed there, it may be a more remarkable feat than some of our golds in Pyeongchang.

Talent got Harvey into the world's elite, but private money funding an organization called B2ten helped.

"They built the best team possible around me, especially on the equipment side of things," Harvey said.

B2ten got Harvey a waxing truck, a tour bus, technicians and physical therapists. "That's been the big, big difference since Sochi," he said. "It's put me on the same level as the Norwegians."

B2ten is a caffeinated Own the Podium working without government oversight. The Montreal-based outfit is backed by a small clique of Canadian philanthropists who pump millions of dollars into an elite few of our most talented amateur athletes.

If the Pyeongchang Games are shaping up as a historic success for Canada, B2ten's quiet work in the background supports a great deal of it.

It started in the early 2000s with moguls skier Jennifer Heil and her then-coach, now husband, Dominick Gauthier.

Heil missed the podium in 2002 at Salt Lake City by 1/100th of a point. Afterward, Gauthier put the failure down to a flaw in the system.

"It was the realization that Canada wasn't doing it right," he said this week in Pyeongchang, where he is working for Radio-Canada as a commentator. "We were trying to treat every athlete the same. … Basically, my speech was that, as we get closer to a Games, we have to tailor our approach to those who have a chance for a medal."

So Gauthier phoned a friend who phoned some friends and suddenly 10 Albertan business people had each pledged $5,000 to bolster Heil's government-sponsored training. In Montreal, a Westmount cocktail party raised another recurring $30,000.

Heil hired top contractors to assist in her training, won gold in Turin in 2006 and an idea began coming together.

This was B2ten initially: Heil as the face, Gauthier with the connections and a business adviser to get things rolling. The timing – in the lead-up to the 2010 Vancouver Games – was propitious. People were looking to spend.

The initial efforts were sporadic – many people giving small sums. They've coalesced since. B2ten is now sponsored by 13 individuals Gauthier calls "members." Together, they've contributed $30-million to augment the development of a few Olympians.

There are no strings here. No one has to sing for their supper. The money is given freely, though spent extremely selectively.

The closest analogy would be alumni boosters at top NCAA schools. As far as Gauthier knows, there is no similar group working so directly with Olympians elsewhere in the world.

Though most remain anonymous, the B2ten members who will talk about their involvement have some of the most familiar family names in the country.

"To me, this is all about Canadian pride and elevating the Canadian brand," said Stephen Bronfman, an heir to the Seagram fortune, via e-mail.

"I've grown up around sport and great leadership. I view this program as a way to groom Canadian heroes."

"I know people might think it's something about us wanting to hang around with athletes, but it isn't that," Desmarais said. "I just want them to do well."

Does he feel a special gratification in seeing, say, a B2ten client such as Mikaël Kingsbury take gold in Pyeongchang?

"It makes me happy, for sure. I was worried like hell that he wouldn't win. But I don't want any of the credit. That would be taking away from Mikaël's talents. He's the one who did it."

By the end, B2ten clients might represent as much as a third of Canada's total haul. A particular example is Virtue and Moir. They worked with B2ten before the Vancouver Games and won gold. They drifted away afterward, then disappointed in Sochi and became professionals.

When the pair decided to re-enter the Olympic program ahead of Pyeongchang, their coaches reached out to Gauthier.

"I was suspicious," Gauthier said. He told the coaches that the pair would have to ask him themselves. Three quasi-job interviews were held.

"It would have been a shame if they came back, because they were bored doing shows. Or wanted to come back to make more money – not that they would have told me that – but I would have read it in their hearts," he said. "I wanted to give them a performance they would be proud of forever. They were not that proud after Sochi."

Having been convinced, Gauthier assembled a team of more than a dozen to service the skaters. It includes an osteopath, a physiologist, a nutritionist, a Pilates instructor, a masseur, a mental-prep consultant, two distinct strength advisers (power and micro-movement), the two skating coaches they already had and Gauthier as director.

The final two members of the team were Virtue and Moir themselves. The entire group met every six weeks to discuss the pair's development as if it were an infrastructure project. Unusually, the athletes were in the room and expected to account for their progress.

Given the potential reward, the cost is relatively small. B2ten supplemented Virtue and Moir with $85,000 a year, paying for the additional expertise. There are limits to the largesse – "… costuming is ridiculously expensive. We're not touching that."

But even the basics have a trickle-down effect. While Virtue and Moir are the priority, the B2ten physio sent to South Korea treats any Canadian figure skater who'd like the help.

"We're not a sponsor. We're not just giving you money," Gauthier said, then deploys a Québécois idiom. "We might not go to the grocery store with you, but we'll be in the kitchen."

Virtue and Moir's B2ten funds combine with government money to reach a total Gauthier ballparks in the region of $150,000 to $175,000 a year. Down the street from the figure-skating rink in Montreal, Shea Weber is making nearly twice that much every week to lose hockey games with the Canadiens.

Virtue and Moir already have another gold here in the figure skating team event and are favoured for Sunday's ice-dancing final. They speak of B2ten in evangelical terms.

"They've taken our training and our lives to a completely different level. They're just in it for sport, for the people," Moir said this week. "You don't see that in the world as much as we would like to."

There is a tendency to be cynical about everything to do with elite sport, but it's hard to find a paranoid wedge in here. None of the donating "members" is in Pyeongchang looking for a pat on the back. Desmarais is watching highlights on YouTube while he travels through Europe on business.

Apparently, these people just want to do something cool because they can.

B2ten itself has no full-time staff. Though he is the chief executive, Gauthier is paid as a consultant. The whole thing is audited once a year and has a board of oversight. The operation has no office, no computers and no landlines.

Gauthier points to his knapsack – "That's my office."

At first, this guerrilla sporting outfit rattled some individual sports federations. But after the float-all-boats success of Vancouver, that territorial friction eased. Now Gauthier says that a few federations – Skate Canada, notably – funnel some of their own money through B2ten, trusting that it will be well-spent.

"We're not claiming we're building athletes from scratch," Gauthier said. "We're a conversion organization. Take top athletes, find what's missing and convert that to medals. Because that's what Canada is really bad at."

Like a Skull and Bones of Olympic sports, B2ten has a nebulous induction process. Athletes don't apply. They are found. Oddly, Gauthier says "very few" try to get in the front door.

The large majority of those who do are rejected because they are not developed enough. They're provided with contacts, but no funding.

A few others expected to be given monthly stipends.

"They thought we were a luxury organization," Gauthier said. "Which pissed me off. Absolutely not. We don't care about the quality of your lodging."

The long-term goal remains gauzy. B2ten is funded until 2020. It would like to make a breakthrough in a Summer Games. The secret is keeping the focus tight and having tangible results to show for it.

"We need to be progressive," Gauthier said. "Let's not settle into our comfortable Olympic seat because it's kind of working. Let's get ahead of the curve."

Harvey didn't seem upset by his placing on Friday.

He breezed into the mixed zone and said to his coach, "We did everything we could. It was a real good race. Just missing a little spark to get on the podium. … There's no regrets."

Gauthier had some regrets.

"That should've been a medal," he said.

Harvey's last, best chance is in the 50 kilometres in a week's time. He won the event at the world championships last year, the first North American to do so. It was like winning the Norwegian Super Bowl.

Harvey is in tough against a group of Scandinavians raised to venerate the sport. That and money are their advantage.

Harvey's edge is physical and metaphysical. On the one hand, he's in the form of his life. And on the other, he may be the first cross-country skier in Canadian history with no excuses.

‘Like cooking a lobster’: What it feels like to skate the final laps of an endurance race
February 16, 2018 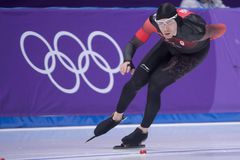 Pyeongchang 2018: A gold for Girard, a bronze for Boutin in speed-skating finals
February 16, 2018 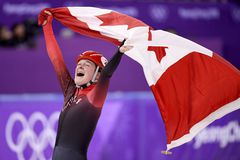 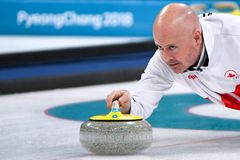