Andrea St. Bernard, a lawyer with Bay Street firm McMillan LLP, occasionally has awkward moments explaining what she does after her long hours at the office.

But when she shows up for a business meeting looking as if she has just been beaten up, there is no way around it.

"I've had a few black eyes and busted lips a few times," says Ms. St. Bernard, 32, a second-degree black-belt tae kwon do fighter who trains for at least four hours each weekday.

Still, all that training has paid off: This summer, she heads to the 2012 Olympics in London, where she will compete for her native Grenada.

After years of balancing her already gruelling schedule as an associate at her firm with her herculean tae kwon do schedule, Ms. St. Bernard has spent the past year out of the office with McMillan's blessing. She now spends up to nine hours every day on her sport. In addition to training alongside Canadian national team members at Young Choung Taekwondo Academy in Toronto, she spends much of her time in Havana, sparring with the Cuban national team.

Practising law, even in the buttoned-down boardrooms where the debt-financing deals she works on for blue-chip clients get done, is not unlike a martial art, she says. Both require discipline, strategy, and an understanding of your opponent's likely next move.

"They are both similar, in that law tends to be a competitive profession, so there are a lot of high-intensity moments and situations," she said, sitting in a McMillan conference room 44 floors above Bay Street, and wearing a dark suit. "Certainly I hope there aren't boardroom situations where people are throwing punches or kicks or anything like that."

Her family left her tiny island nation in the early 1980s, when she was just a toddler and Grenada was thrown into turmoil by the coup that would later prompt a U.S. invasion. Now a dual Canadian citizen, she was raised in the Toronto suburb of Scarborough, but spent summers in her native land. A natural athlete, she studied business at Duquesne University in Pittsburgh on a volleyball scholarship before enrolling in law school at the University of Toronto.

It was only when she entered law school that her aunt, a black belt in tae kwon do who now lives in Grenada, introduced her to the sport. Within an amazingly short two years, Ms. St. Bernard had a black belt, and her eye on competing on the world stage – usually against fighters who have been practising tae kwon do since they were children. Since 2007, she has been representing Grenada, winning bronze medals at the Pan American Games and the U.S. Open.

While a law student, her sport did make the process of getting a coveted summer job at a Bay Street law firm a little more anxiety-ridden. Some prospective employers did not seem willing to take on a young lawyer who kicked people in the head in her spare time.

"Some other firms that I interviewed with, they had the response: 'So when are you going to be done with that?' That is not a question I can answer," she said.

McMillan, however, has been behind her since she joined as a summer student, she says. The firm organized a reception last month to wish her well in her Olympic dream, matching $7,500 in donations to create a $15,000 fund for her. Until recently, she was covering her own costs, although now Grenada's tiny Olympic committee is also pitching in.

"Some times you meet these people, and you think, 'Where do they find the time in the day?'" said Cheryl Stacey, a partner with McMillan who oversees the firm's financial services group and works with Ms. St. Bernard. "And she's able to do it with such grace, and [she's been]an absolute pleasure to work with all the while."

Her coach, Paul Beard, says he has never seen a tae kwon do student so attached to her BlackBerry: "She is probably one of the most committed and dedicated people I've ever met, towards everything: towards her career, towards her sport, towards her passion."

Ms. St. Bernard acknowledges that between her sport and her law practice, she has not had time for much else in her life. While working, she says she would hit the gym at 7 a.m. before heading to the firm. Then, it was off to tae kwon do practice at 8 p.m. for two hours. And some times, when a deal was pending, she would return to the office at night. (As if all this were not enough, she is now also pursuing a master's in law at the University of the West Indies.) "My attitude to excel is in everything that I am doing," she said. "It may be part of the reason I don't have much of another, other life going on."

For now, one of her main goals is to knock someone out. Punches to the face are banned, but her sport actually awards extra points for kicks to the head.

"I've kicked people in the face. I've never gotten a full 'She's out, call the ambulance,'" she said, laughing. "I keep looking for it." 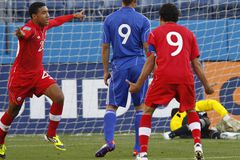 Friends, family share stories of a 'Gentle Giant' at Nik Zoricic's funeral
May 3, 2018 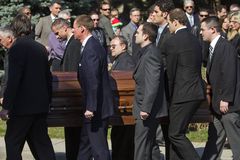 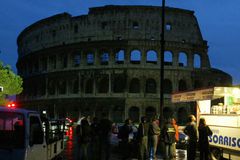 What figure skaters can teach small business owners
May 3, 2018 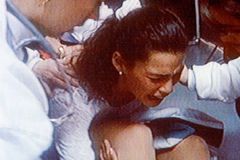