Allan Gorman and his fellow Forge FC supporters have spent hours painting a 15-by-12-metre banner welcoming their team and the Canadian Premier League.

Songs have been learned and chants memorized by the members of the Barton St. Battalion, the Hamilton club’s supporters group. A new era of Canadian soccer will come with all the trimmings when Forge FC hosts Toronto rival York 9 FC on Saturday at Tim Hortons Field.

Founded in February, 2016, the Barton St. Battalion already has more than 520 season-ticket holders in Section 112, the stadium’s lone standing area.

“It feels like a long time coming,” said Gorman, a 35-year-old recruiter when not banging the drum for Hamilton soccer. “I think the country’s needed a domestic league desperately.”

CPL kickoff: A look at the league’s seven teams

Winnipeg’s Valour FC is scheduled to open at Pacific FC on May 1 while FC Edmonton visits Valour FC and Calgary’s Cavalry FC entertains York 9 FC on May 4.

“We’ve spent the last 15 months preparing to get to the start line,” commissioner David Clanachan said with a chuckle.

The hope is the new league will provide a platform for young Canadian talent.

“The biggest benefactor of this league is Canada soccer and the national team,” said Forge FC coach Bobby Smyrniotis, no stranger to developing young talent through his time with Sigma FC.

But the CSL also serves as a cautionary tale. It did not prove financially viable and folded, with Montreal and Vancouver opting to join the American Professional Soccer League – which was eventually rebranded as the A-League.

It left a legacy, however.

Corazzin, for example, began his career with the CSL’s Winnipeg Fury. He went on to win 59 caps for Canada and play overseas for Cambridge United, Plymouth Argyle, Northampton Town and Oldham Athletic. De Vos, who won 49 caps and captained Canada, played for the London Lasers and Kitchener Kickers before going abroad to play for Darlington, Dundee United, Wigan and Ipswich Town.

Playing at home wasn’t really an option for Toronto FC midfielder Jonathan Osorio growing up. He left home at 17 to pursue his soccer career in Uruguay.

“It wasn’t around when I was there but I had other avenues. … I’m just glad it’s here, that’s the main thing,” he said of the new league. “I know guys in the locker-room are already talking about it. We want to support it.

“Some of the local guys are trying to pick either York or Forge, which team is theirs. It’s nice to have that talk around and I hope it grows and keeps getting better.”

Smyrniotis believes the CPL will deliver entertainment from the get-go.

“There’s some very good players in this league who will bring a good amount of flair and technical ability,” he said.

“You can go across to the league to each franchise … you’ve got of lot of talent,” Gale said. “And I think that is going to bode very well for the overall level of product that’s going to be on display,” he said.

CPL teams will take part in the annual Canadian Championship and one – either Forge FC, Valour FC, and FC Edmonton – will earn a berth in 2019 in the newly expanded Scotiabank CONCACAF League, a feeder for the elite CONCACAF Champions League that crowns the confederation club champion.

In subsequent years, the CPL champion will secure entry in the CONCACAF League. The three franchises get first crack this year because of their seniority.

The league has found a broadcast partner in Spain’s Mediapro, with all games to be available online with some aired on CBC. It has not released salary cap information, however.

“I don’t know if I ever will,” said Clanachan, saying he wants the league to be judged by the product on the field and not by its paycheques.

Toronto FC coach Greg Vanney, who has already lent Ryan Telfer to York 9 FC, will be watching the new league with interest.

“I’m curious, I think like everybody – [about] the quality, the level,” Vanney said.

He likes the concept, providing a pathway for young Canadian players, but urges patience.

“I think it’s going to take time. Even when you look at the early days of the MLS and the ups and downs. I mean, we went from 10 teams to eight teams to almost folding to now thriving and talking about 30 teams. … It’s not an easy venture, it’s got to be along, committed venture.”

“If everyone is [patient] and is realistic, then it will do great things, I think,” he added.

The teams have been working with their squads for about seven weeks, although Gale notes he’s only had his full roster since Monday.

There have been bumps in the road. Ottawa Fury FC, which had been expected to join the fold, elected to stay in the USL – at least for this season.

The new league is being realistic in terms of attendance, restricting the seating at CFL venues in Winnipeg and Hamilton. Capacity across the league will range from 5,000 to 10,000, although the league hopes to start with a bang with the Hamilton season opener.

All sections of Tim Hortons Field will be open and owner Bob Young has essentially purchased all available seats to distribute to the community for free, with recipients asked to make a small donation to youth soccer. Season-ticket holders who had already paid for the game have been offered free tickets to another game.

Normal capacity for a Forge FC game will be around 10,000 for soccer, less than half stadium capacity.

For Forge FC captain Kyle Bekker, the new league is more than just playing at home.

“I think the biggest part of me coming back is just being a part of something that’s so much bigger than myself. It’s about growing this game in this country and giving kids who are 10, 12 years old an opportunity, something to look up to and kind of not fizzle out like some many players that I’ve played with in the past who had so much ability.” 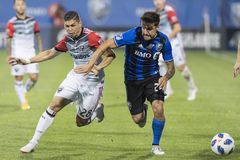 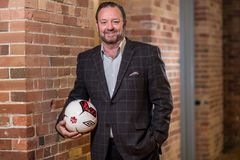 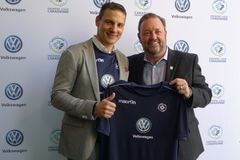