With voting for the 2018 Ballon d’Or closing this week, Antoine Griezmann boosted his chances of lifting the most prestigious individual trophy in soccer with an inspired display and a goal in his 50th Champions League game on Tuesday.

Griezmann helped Atletico Madrid bounce back from a heavy loss to Borussia Dortmund with a 2-0 win over the German club, a result that sent last year’s semifinalist Monaco crashing out.

Liverpool was handed a 2-0 shock loss at Red Star Belgrade while Barcelona, without Lionel Messi, drew 1-1 at Inter Milan in the evening’s showcase match to become the first team to progress to the knockout stage this season.

Red Star’s victory left Group C wide open after Napoli was held to a 1-1 home draw by Paris Saint-Germain, with all four teams still in contention in a very tight pool.

Griezmann, who has scored 10 goals in his past 10 home matches in the tournament, was set up by midfielder Thomas Partey and concluded the smooth counterattack with a soft touch from inside the area in the 80th minute after Saul Niguez had put the hosts ahead.

Dortmund and Atletico are atop Group A. Dortmund routed Atletico 4-0 last month at home in what was the Spanish team’s worst loss under coach Diego Simeone.

Earlier, Monaco was handed a humiliating 4-0 defeat by Club Brugge that prematurely ended the club’s Champions League ambitions as Thierry Henry once again failed to secure a first win as coach. It was Club Brugge’s first group win in 13 years.

Hans Vanaken scored twice, Brazilian forward Wesley made it 3-0 and captain Ruud Vormer completed the rout. Monaco – which is winless in its last 15 matches – can’t qualify for the knockout phase.

Without Messi, Barcelona was still the better team, but failed to convert its chances at San Siro stadium.

Despite the draw, the Catalan team sealed its spot in the next round.

Messi had travelled with the team to Milan but Barcelona coach Ernesto Valverde opted not to risk the star forward, who hasn’t played since fracturing his arm last month. Substitute Malcom scored with seven minutes remaining, but Mauro Icardi levelled in the 87th for the home squad.

Barcelona is top of Group B, three points ahead of Inter and six ahead of Tottenham, which beat PSV Eindhoven 2-1. Harry Kane scored two late goals for Tottenham, which looked in danger of exiting the competition after just four games when the hosts went behind after only 61 seconds at Wembley.

Instead, Kane’s goals – in the 78th and 89th – gave the English team a glimmer of hope of a top-two finish.

Red Star Belgrade revived memories of its time as one of Europe’s top teams. Milan Pavkov scored in the 22nd and 29th minutes as the Serbian champions earned a first win in their debut appearance in the Champions League group stage. Canadian international Milan Borjan earned the clean sheet.

Red Star last played in the European Cup in 1991 as holders, when beating the likes of Liverpool would not have been regarded as such a surprise.

Back then, Eastern European teams were genuine contenders for club football’s biggest prize – Steaua Bucharest of Romania was European champion in 1986 – and Red Star had some of the world’s best players, such as Robert Prosinecki and Dejan Savicevic.

Nearly three decades on, Red Star doesn’t have a household name on its squad and needed to qualify for the group stage through the playoffs. It was thrashed 4-0 by Liverpool at Anfield when the gulf between the sides was huge.

In a competitive Group C, last season’s runner-up Liverpool and Napoli have six points each after the Italian side and PSG drew 1-1. Making his Champions League debut for PSG, goalkeeper Gianluigi Buffon could not stop Lorenzo Insigne’s equalizer from the penalty spot after Juan Bernat’s opener just before halftime.

Porto moved even closer to a spot in the knockout stage after beating Lokomotiv Moscow 4-1 to end the Russian champion’s qualifying hopes.

After scoring at Lokomotiv last month, Hector Herrera and Moussa Marega both netted again to help put Porto on 10 points at the top of Group D. With Schalke beating Galatasaray 2-0 in Tuesday’s other game, Porto needs one point from its final two games to be sure of qualifying. Lokomotiv has lost all four games. 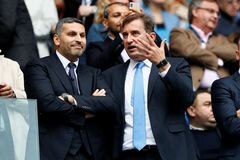 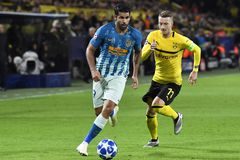 Opinion
The next Messi: Messianic though he is, the star’s success may not be singular
November 5, 2018 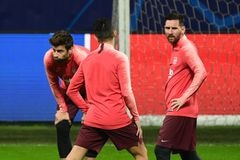