Toronto FC GM Ali Curtis worked the phones Wednesday, trying to get an explanation for a disallowed goal in his club’s controversial 1-0 loss to Inter Miami CF the night before.

Curtis reached out to Howard Webb, general manager of PRO (Professional Referee Organization) for an explanation, eventually speaking to Mark Geiger, like Webb a highly regarded former referee, who is PRO’s director of senior match officials.

“We have to respect the calls from the officials. It’s not in our control,” Curtis told The Canadian Press via text. “The lengthy phone conversation I had with PRO made sense and had merit, although I still feel it was a good goal. If that shot is called a goal, I think we win the game.”

Reduced to 10 men, Toronto appeared to have secured the go-ahead goal in the 87th minute.

Miami goalkeeper Nick Marsman, under pressure from Yeferson Soteldo, was forced to rush his clearance, with the ball going straight to Toronto winger Jacob Shaffelburg, who wasted little time firing it back at net. Out of position, Marsman dove into the goal, with the ball bouncing back out off his body.

TFC substitutes, warming up near the corner flag, all thought it was a goal. Soteldo and Jonathan Osorio, positioned right in front of goal, both put their hands up to signify a score.

Shaffelburg put his hands up in disbelief while Marsman wagged his finger, denying it was a goal.

Referee Ramy Touchan eventually consulted the linesman, whose view appeared to have been blocked by Marsman’s body. Video review did not change anything, with the referee pointing for a corner.

Shaffelburg was diplomatic when asked after the game if he had though he had scored.

“I didn’t really see. I just kicked the ball and everyone else was yelling, so I don’t really know what happened,” said the 21-year-old from Port Williams, N.S.

MLS does not have goal-line technology that alerts the referee if the ball has crossed the goal-line. And while it has video review, which came into play last night with Canadian VAR official Geoff Gamble, calls can only be reversed if there is a clear and obvious error. That apparently was not deemed the case Tuesday.

TFC coach Javier Perez was white-hot after the game, pulling out a laptop with a freeze-frame of the play.

“It’s just unbelievable that we have all this technology, all these rules that they put in place just to get things right,” said Perez, who hurled his ever-present notebook at the ground in disgust after the Miami penalty. “And instead what they do is just create more confusion and more things that are unfair.

Captain Michael Bradley quizzed the officials after the no-goal call.

“The referee said they looked at it. They had a bunch of angles but nothing was clear or obvious,” Bradley said. “Those are the types of answers that you get in those moments.”

It was also the answer Wednesday from someone involved with MLS and PRO, who asked not to be identified because neither had made an official statement on the incident. As for the lack of goal-line technology, the league “is always exploring” technology, they added.

Goal-line technology is in use elsewhere.

There was also controversy on the winning goal. Federico Higuain was one of several Miami players to encroach during Christian Makoun’s stutter-start run-up to the penalty spot in the 95th minute. That should have necessitated a retake. 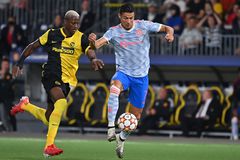 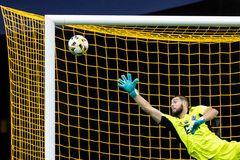