FIFA secretary-general Jerome Valcke has rubbished a legal challenge over the use of artificial surfaces at next year's Women's World Cup in Canada, saying anyone who says playing on turf is discriminatory is talking nonsense.

The French executive took square aim at the rebel faction of players and their lawyers, who have been banging the drum for months over having to play their showcase tournament on artificial turf.

The world governing body of soccer, which admittedly has had other fires to fight recently, had largely limited its turf response to articles on its website, including an Oct. 29 interview with a diplomatic Valcke. But on Friday, the secretary-general came out swinging.

"If anyone is saying that the use of the artificial pitch is a question of discrimination, it's nonsense. It's completely crazy to say that," Valcke told a news conference on the eve of Saturday's tournament draw.

"It has nothing to do with discrimination. I can't imagine that no one would recognize what FIFA has done for the development of women's football over the last 15 years. We have asked all of our members associations to invest in women's football ... We have created new competitions and we are working on a potential new competition at the club level (a women's Club World Cup).

"We are every day trying to develop women's football around the world."

A group of elite female players has filed a legal challenge with the Human Rights Tribunal of Ontario, saying making women play on artificial turf is discriminatory because men play their showcase tournament on natural grass.

The issue has dominated headlines, taking away some of the shine of a 52-game tournament that organizers ambitiously hope will draw 1.5 million spectators from June 6 to July 5.

Hampton Dellinger, lead lawyer for the women challenging the turf, responded to Valcke's comments by saying that the legal team that prepared the human rights complaint was "completely lucid."

"The facts we put in our legal complaint make out a very compelling case of sex discrimination," he said in an interview from the U.S.

Victor Montagliani, president of the Canadian Soccer Association and the tournament organizing committee, said the focus on the pitch has been mildly annoying.

"If I said I wasn't a little bit (frustrated), sure I'd probably be lying," he said. "But my frustration's not very high. Because to be honest with you, the conduct (of those challenging the turf) has been nothing short of what I call a little bit ridiculous. I can respect people's opinions, I respect people's comments. But also being a Canadian, I respect the process. And so they chose a (legal) arena to go into. And it's still in that arena and I have to respect that. But they need to respect that as well."

Captain Christine Sinclair, the lone player expected at the draw, and her fellow Canadian players have stayed clear of the turf brouhaha.

"I understand what they're standing up for," she said of the players behind the legal challenge. "It's not really an issue for me. I'm preparing to play in a World Cup and that's what my focus is on. I'll let other players and other teams worry about issues outside the actual games."

Valcke had promised an "open dialogue" at the draw. But, despite the fact only Sinclair is expected Saturday, he rejected an offer to speak to the rebel players via conference call.

Asked about that, Valcke said he would talk with players in person but not on the phone — and he would not talk to lawyers.

"But the truth ultimately will be on the pitch," he added, referring to the type of playing surface.

Four of the first five questions at the news conference were on the turf issues. But the following five touched other topics.

Valcke confirmed that goal-line technology will be used at the women's tournament in Canada. And the prize money will be raised by US$5 million to $15 million, with the winner earning $2 million.

Those were two issues raised by the lawyers for the rebel players, eager to point the finger at other differences between the men's and women's world championships.

Germany, as winner of the men's World Cup this summer, earned $35-million. Total prize money for the men's event was $476-million.

Valcke noted that the men's tournament, which made $4.5-billion this summer, finances all of FIFA's 20 world tournaments. And that the women's event was a relative new one — starting in 1991 — compared to the men's championship, which began in 1930.

In a statement that may set the Canadian's men's team on edge, Valcke congratulated Canada as perhaps the only one of FIFA's 209 member associations that is spending more money on women's soccer than men.

The CSA would, no doubt, respond that its budget for the men and women shifts depending on what tournaments are nearest on the landscape.

Still, the Canadian men are currently ranked 122nd in the world and have only ever been to one World Cup, in 1986. This marks the Canadian women's sixth trip to the World Cup in seven attempts.

Saturday's draw at the Canadian Museum of History in Gatineau, Que., comes six months before the tournament kickoff. It will slot the 24 teams into six groups headed by host Canada (ranked eighth in the world by FIFA) and seeds Brazil (No. 6), France (No. 4), Germany (No. 2), Japan (No. 3) and the United States (No. 1).

Canada will be in Pool A, playing its first two round-robin games in Edmonton and the third in Montreal. The rest will be determined at the draw.

More draw details were released Friday, giving Canada's John Herdman and the other 23 coaches expected to attend Saturday's gala a sense of what to expect.

There are four pots, with six teams in each.

A worst-case scenario could see Canada drawn with Sweden (No. 5) or England (No. 7), Asian runner-up Australia (No. 10) and African champion Nigeria (seen as far better than its No. 35 ranking would suggest).

"No easy games. But there are some harder ones. Hopefully we avoid them," said Herdman with a laugh. 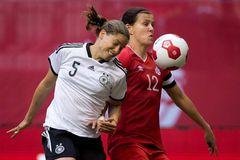 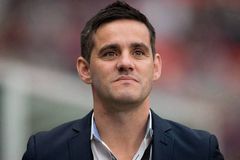 Players push for talks over turf and other issues at Women’s World Cup draw
December 2, 2014 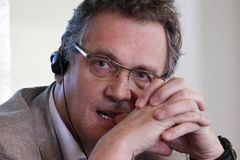 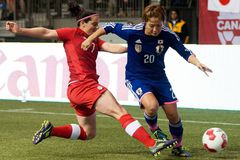 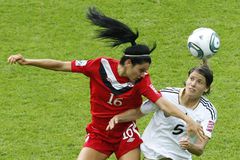