Ryan Nelsen understands your sentiments and maybe even your suspicions. No, really, he does. Do not expect the Toronto FC head coach to publicly acknowledge what the rest of us know – bad knees and all, he could suit up and be the best player in the lineup – but he will admit that he is surprised that he hasn't felt the urge to start playing again.

Nelsen will make his home debut at the Rogers Centre against Sporting Kansas City on Saturday, the eighth head coach in the seven years of the Reds' existence. Toronto FC has been a mess for years, with well-heeled owners Maple Leaf Sports and Entertainment an easy mark for all manner of snake-oil salesmen.

Mo Johnston was Scottish, had the brogue, spoke the game, played the game. So he must know what he's doing, yeah?

Then there was Jurgen Klinsmann's bill of goods, a kind of bad, soccer acid trip that was supposed to see some type of new-age, organic, uniquely Canadian cultural revolution based on the Ajax and Dutch systems. Yikes. It turned out to be less Oranje revolution and more Oranj … eh? At least Klinsmann's drivel offered the byproduct of Torsten Frings's appearance in Toronto, allowing the smug among us to chuckle at the hockey, baseball and basketball heathens who never realized that no other athlete in the city had the international cachet (or hair) of Frings. It was good fun, while it lasted.

Now, along comes team president Kevin Payne, with a successful Major League Soccer pedigree, and a head coach who only weeks ago was knocking down some big names on our TV sets on Saturday morning, and who was given a "guard of honour" by his Queens Park Rangers teammates when he walked off the field after his final game on Jan. 29. A player's player to the end, and playing better than he'd ever played. Odd, that. How very TFC.

"I wasn't enjoying playing football, even though I was probably playing some of the best stuff of my career," the 35-year-old Nelsen, a native of Christchurch. N.Z., said Friday. "It does seem funny, but I knew it was only a matter of time. It just felt right. It was the closure I wanted, to go out on my own terms and be remembered for that, not as some grey-haired, flailing old player hanging on for grim life."

But after 400 professional games in England and in MLS (he played four seasons with D.C. United and skippered their 2004 championship team) as well as regular duty with New Zealand's national team, Nelsen still liked what he referred to as "the stress, challenges and pressures" of the game. Clearly, to take this job.

The Reds, 1-0 losers to the Vancouver Whitecaps in their season opener, were 5-21-8 last season and have a 15-game MLS winless streak.

"It was pretty easy to identify the problems," Nelsen said. "They were major, and in all areas. I think there's been a real leadership void here. You can have all the money in the world, but sometimes money makes you lazy. You recruit lazy, and you don't work as hard because you expect that the money will solve all the problems. You need a culture, an identity and a work ethic as a foundation. When that's in place, the financial resources can be used to build the house. You can't do it the opposite way."

There is one obvious move that would make the club better, that would give it some on-field leadership and solidify its back end. Ryan Nelsen smiles. He knows where the discussion is going.

He says that won't be the case, that we are more likely to see him in court – he has ambitions of pursuing a law degree, which he put on hold to play soccer after graduating from Stanford with a degree in political science – than back on the pitch. And he doesn't sound like somebody still convincing himself that he made the right decision.

"Not once since I finished playing have I found myself wishing I was out there playing or training," Nelsen said. "Deep down, I've probably been wondering if that feeling would change. But the fact that it hasn't happened means that I made the decision I made at the right time. It meant I had proper closure. I didn't realize it would be that easy to walk away."

It will be the last easy thing Ryan Nelsen does for some time. This is Toronto FC. They don't do easy. 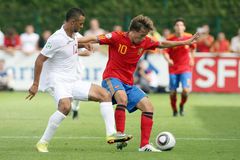 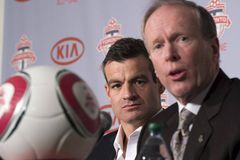 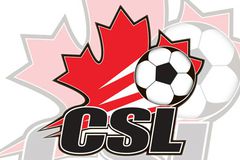 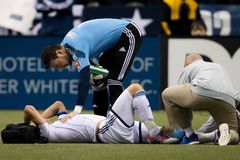 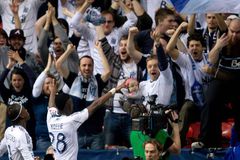