Leylah Annie Fernandez wasn’t yet five years old when she sat in front of the television, watching Justine Henin and the left-handed Rafael Nadal win the 2007 French Open.

On Saturday, the 16-year-old lefty from Laval, Que., won the French Open junior girls’ singles title with an emphatic 6-2, 6-3 victory over No. 8 seed Emma Navarro of the United States.

Fernandez marked the moment by kissing her racket.

Fernandez is the first Canadian to win a junior Grand Slam singles title since Felix Auger-Aliassime won the junior US Open in 2016. She is the first girl to win one since Eugenie Bouchard won junior Wimbledon in 2012.

And she is the first Canadian ever to win the French Open juniors.

Fernandez didn’t drop a set en route to the title and lost more than games only twice in 12 sets played.

She dealt with rainouts, cold, wind, wet and muddy conditions — and even three matches in one day on Thursday.

“My first thought was, “Oh my god, I won junior Roland Garros. I’m very happy. It’s true that at the beginning of the week, I didn’t even know what round I was in,” Fernandez said.

After breaking Navarro to open the second set in Saturday’s final, Fernandez found herself in a marathon game on her own serve. She ultimately lost it.

It could have been a turning point. But Fernandez regrouped.

“I just turned around and thought, ‘Okay, I’m a little tired.’ But I’m sure my opponent is tired, too,” she said. “I just thought of the physical work, the hours I’ve put in with my father. The hours I cried because I didn’t want to run any more. I took all that experience into that third game so I could get the momentum back.”

Fernandez’s father Jorge, a former soccer player, moved the family to Florida to help foster the tennis development of his two young daughters.

“It’s been quite a journey for her in the clay tournaments. Early on, a lot of people said she was too small to play clay. … The good news is that we didn’t listen to it, and I encouraged her to not give up on her dream,” Jorge Fernandez said.

“She always wanted to win the French Open. Out of all the tournaments, this is the one she wanted to get done. And from a dad’s perspective, what can I say? I’m in awe. I’m just in awe.”

Fernandez, who is 21-2 in four junior tournaments this season, will likely play the U.S. Open juniors. And she hopes 15-year-old sister Bianca will join her there.

But she won’t play at Wimbledon, where she lost in the second round of the singles a year ago. That decision, her father said, was made at the beginning of the season.

“It’s a scheduling thing. We made a commitment to play all the Canadian Challengers,” Jorge Fernandez said. “I’m a big believer in taking care of the body. I didn’t feel it was wise, having very little break from one tournament to the next. And grass is not easy. It’s very hard on the body.

Fernandez hasn’t ruled out playing the Wimbledon juniors in 2020.

Fernandez will play a series of three professional events on Canadian soil beginning the week of July 8: $25,000 ITF events in Saskatoon and Gatineau, Que., and then an $80,000 tournament in Granby, Que.

After that, Fernandez hopes to play the Rogers Cup in Toronto, where she would need to be granted a wild card.

“We hope that game will be unique enough to make a difference in the professionals. I think she has all the other attributes. Now it’s about adding a little more essence to it.” 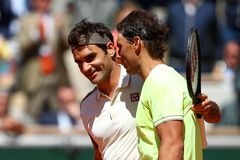 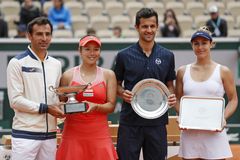 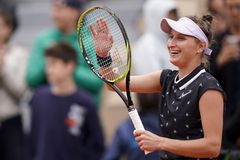 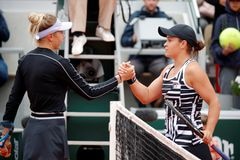