Madison Keys was the U.S. Open runner-up last year and a French Open semifinalist last month, is considered a contender at Wimbledon right now – and, still, total strangers insult her, sometimes with menacing or obscene language, on a regular basis via social media.

“Try to find another job,” read one message sent to the American via Twitter after she lost at the Australian Open. Another called her “the most overrated player in all of tennis.” Those are just a couple of examples that happen to be suitable for print. Often, as Keys says, “It’s really disgusting, horrible things.”

She is hardly alone. Professional tennis players of every sort – women and men, highly ranked and otherwise, from countries all around the globe – scan their cellphones after matches at Wimbledon and other tournaments and are greeted by online harassment. Personal insults. Threats against family members. And frequently, players say, complaints from disgruntled gamblers. To help deal with this phenomenon, the ATP set up a partnership this year with a company that deals with risk assessment and management, and the WTA is close to finalizing a deal with the same group, Theseus, The Associated Press has learned.

“Today, I just looked briefly; I had two or three messages, like, ‘How can you lose to someone ranked lower than you?’ ‘You should die.’ ‘Quit tennis.’ Stuff like that,” Peter Polansky, a Canadian ranked 110th, said after his first-round exit at the All England Club on Monday. “It’s guys who bet money on you and lost. … Just the things they say are, like, ‘Wow.’ It’s tough to step in and stop all that. I don’t think it’s preventable.”

Kevin Anderson, the South African who lost to Rafael Nadal in last year’s U.S. Open final, said: “Every player experiences it, no matter who you are. I try to stay away from it. I know it’s out there.”

Now players can alert London-based Theseus, which also works with athletes in other sports and entertainment figures, to troubling messages and be told whether the item simply can be ignored or is serious enough to warrant alerting law enforcement. Neither the ATP nor Theseus would disclose how many tennis players have taken advantage of the new relationship or how often police or other authorities have been contacted.

“This is an issue that isn’t going to go away,” ATP spokesman Simon Higson wrote in an e-mail, “and it is important that our players are able to understand what they are receiving, why, how to respond and what actions they are advised to take.”

The WTA’s senior director for athlete assistance, Kathy Martin, said the women’s tour has been working for years to educate and counsel players on the issue.

“It’s a societal issue, so of course we’re going to see it in our demographic,” Martin said in a telephone interview. “It’s obviously very distressing players are getting messages like that. We take it seriously.”

Stalking and player safety are real concerns in a sport shaken by the stabbing of International Tennis Hall of Famer Monica Seles during a tournament 25 years ago.

“When people are sending stuff to you, it’s fine. But when they start to harass your family, there’s an edge. And if that person who wrote something about my family came here, I would kill him. I would kill him and go to jail for it. I wouldn’t mind,” said Sergiy Stakhovsky, a player from Ukraine who’s been ranked as high as 31st and is best known for upsetting Roger Federer at Wimbledon in 2013.

How often do bothersome messages crop up?

This was not something players of past generations encountered, of course.

“There was no way to access players in my day unless you were at a tournament,” the current U.S. Davis Cup captain said. “They’d wait outside your hotel (for autographs). That was about it.”

While this does happen to other athletes – and, indeed, to folks in other walks of life – nowadays, Keys and others surmised that tennis players might be prone to such bullying because theirs is a largely individual sport, so a result can be squarely pegged to one person.

Another factor is gambling’s prominence. Among the recommendations in April from a panel that reviewed corruption in tennis: There should be more robust measures to deal with the online abuse of players. Another suggestion was that the International Tennis Federation stop selling official live scoring data to betting companies, which creates an environment that can encourages attempts at match-fixing.

“It all stems from betting,” said 56th-ranked John Millman of Australia. “The bookmakers are very, very quick (to act) when they’ve lost money and they think someone’s throwing a match. But they’re not too quick to stop people, who are using their services, from sending abuse to players. It’s pretty disgraceful.”

Some, such as Frances Tiafoe, an American ranked 52nd, try to ignore it all.

“Not to sound cocky or anything, but they’d rather be me,” Tiafoe said of those who place wagers on him and then insult him when he loses. “People just hiding behind a computer or whatever and saying whatever.”

Keys, who is seeded 10th at Wimbledon and plays in the second round Wednesday, is one player – Steve Johnson, an American ranked in the top 50, is another – who replies to insults.

“If we continue to ignore it, then it’s going to continue to happen. And if it’s happening to us, then it’s happening to kids in school or other people who maybe don’t have the platform or the comfort to talk about it,” Keys said. “Something needs to be done. And if it’s making everyone realize that it happens almost on a daily basis, then I think that’s kind of the first step.” 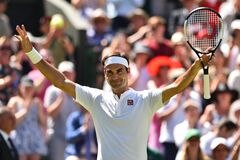 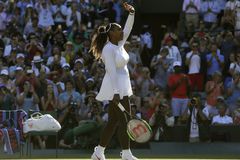 Milos Raonic advances to second round at Wimbledon
July 2, 2018 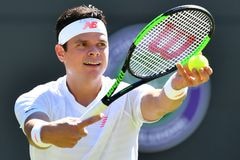