"Utter nonsense." That's often the first thought that always goes through my head when I read something I disagree with on Twitter. Frequently, after softening my tone a bit, I respond with my disagreement – and that's where the problems begin.

Though Twitter is brilliant at many things – keeping you up to date, helping you find like-minded people, jokes and conversation – it has a habit of faltering when complexity or subtlety enters the mix. Arguing a difficult issue on Twitter can be – well, how should I put this? – a bit like trying to explain Canadian history with a series of winks and clicking noises. As you slide down a hill of ice. While fighting a bear. It's not just the constrained length, but also the pace, and cross-chatter coming at you from all sides. Misunderstandings are common, clarification is almost always necessary, and it's hard to shake the strange sense of being free to say anything at all, yet still somehow feeling handcuffed.

Don't mistake me, though. All of those traits – brevity, rapidity, the quickly changing context – are actually Twitter's strengths. Angry naysayers who feel they've stumbled onto something incredibly profound by calling users of the service "Twits" don't understand that this fast, continuous exchange is what makes Twitter such a lively, vital, smart platform. It's just that when it comes to certain topics, or certain angles on those topics, even the most lucid, precise wordsmiths need more than 140 character snippets to state their case.

We've recently seen a crop of new services attempt to solve that problem: They aim to take chatter off Twitter and give it room to breathe. The first to gain any sort of traction was Branch, which aimed to provide a home for online discussion without the problems of Twitter or Facebook. The idea is to pick a certain article, video or anything else you want to talk about, and then "start a Branch" – which is essentially just the comment section of blog without the blog. You can then invite people to talk about the topic at hand, or even embed the conversation elsewhere on the Web. It hasn't gained critical mass yet, but the underlying idea, however, is that discussion on more traditional social media just isn't cutting it.

Some of the same team that created Branch is also responsible for Medium, a new writing platform that gives up on many of the core ideas of Web 2.0 – like traditional comment sections, or being open to everyone – in favour of just focusing on medium-length ideas. More and more frequently, people have been taking rants they may have previously expressed in a few tweets and have instead been putting them on Medium in a more fleshed-out form. The appeal is easy to understand: without an open comment system, it's easy to post one's thoughts online without having them immediately subject to knee-jerk attacks. And the clean, organized design feels like a soothing balm after the cacophony of Twitter.

Instead of being a sign that Twitter "just doesn't work," Branch, Medium and similarly emerging services indicate the need for a variety of venues for online discussion. Twitter is still great for sharing links, aphoristic thoughts, even the occasional brief, snarky rant. It can, however, feel stifling. Before these new platforms we were often stuck on Twitter, doing the mental equivalent of trying to shovel a driveway with a teaspoon. To wit, it's not that a teaspoon is a bad thing; it just has specific uses. But as we seek a home for the kind of public discussion that the web can be so good at, it's refreshing to see that there are now places where ideas can be given a little more room to breathe. 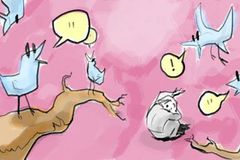 Trolling for influence: Impotence at the roots of online vitriol
June 13, 2013 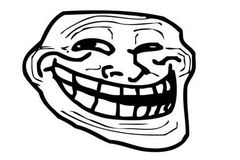 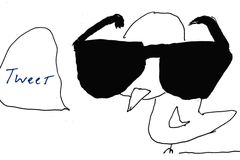 The digital revolution still needs to be translated
June 28, 2013 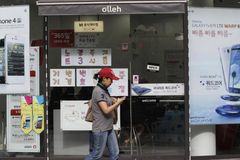 Alec Baldwin has (another) Twitter meltdown as wife is accused of tweeting from Gandolfini funeral
June 28, 2013 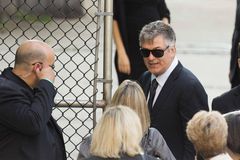