Have you ever walked into a Future Shop to buy ink cartridges for your printer, only to be shocked by the astronomical price? That kind of sticker shock could happen to coffee, if Keurig and other makers of single-serve machines have their way.

Vermont-based Keurig Green Mountain is the latest to join the trend of locking down the gadgets so that they work only with proprietary "K-cup" pods. The Keurig 2.0 Brewing System, a $200 machine released in August, rejects capsules that don't have a special code in their lids.

Suddenly these popular single-serve coffee machines are like the MP3 players of a decade ago: saddled with copy-restricting digital rights management software that puts them high on the list of potential gifts to avoid this holiday season.

Pod-based machines and the convenience they bring have exploded in popularity over the past few years, with about 40 per cent of Canadian households owning one, according to research firm NPD Group.

Competitors such as Bosch and its Tassimo brewer have similar technological restrictions, but Keurig's addition is notable because of its dominant market share. The company controls more than 50 per cent of the Canadian market, according to tracking firm Euromonitor.

But that success has come at a cost to Keurig, as third parties now account for about 15 per cent of pod sales – and that number is rising, the company says.

Still, the introduction of new DRM pods is also odd, given that Switzerland-based Nestle recently suffered court defeats in Europe for trying to discourage third-party pods in its Nespresso brewers.

In Canada, Keurig's move has sparked a $600-million lawsuit and a complaint to the Competition Bureau from Club Coffee. A similar lawsuit has been launched in the United States by TreeHouse Foods. Keurig says the various challenges are without merit.

An online boycott has also popped up, as have YouTube videos explaining how to circumvent the technology.

For its part, the company says the new technology is beneficial to consumers because it guarantees them better coffee.

"We want customers who use the Keurig 2.0 system to have a quality experience that is exactly the same each and every time," says Isabelle Pasquet-Geairon, vice-president of marketing at Keurig Canada. "Having this assurance is important for us." Stephane Glorieux, president of the company's Canadian operations, reinforced that position in several recent interviews by suggesting that efforts to hack the new machines made them less useful.

"We strongly discourage people from using this approach," he told the Financial Post. "You are getting away from the process of being simple and convenient."

The arguments echo those of North American wireless providers, who have previously said cellphones need to be locked to their networks in order to work properly. Cellphone companies have also said competitors need to be shut out of the market for them to keep investing, a position Keurig has also taken.

That logic hasn't turned out well for cellphone subscribers, with Canadians and Americans paying the highest bills in the industrialized world, according to the Bank of America Merrill Lynch Global Wireless Matrix. Regulators ultimately had to force wireless companies to unlock phones.

Let's be real. The restrictions on the Keurig 2.0 machine aren't about providing consumers with a better cup of coffee, but more about protecting the company's share of the pod market. Keurig also makes money from brands that are officially licensed to make capsules, and nothing from third-party competitors.

The company announced price hikes of 9 per cent in August, around the same time it introduced its new locked-down machine, citing higher productions costs in raw materials, packaging, energy and transportation.

It's the first increase in what is sure to be many, unless consumers vote with their wallets and prevent the emergence of a veritable locked-down coffee cabal.

Anyone who doesn't think it can happen probably hasn't tried to buy printer ink lately.

Correction: A previous version of this article said Keurig was headquartered in Massachusetts. 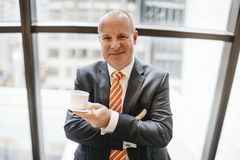 Debate: Should you buy a 4K TV this year, or not?
November 28, 2014
From gaming to movie-watching: Seven best tablets for every need
November 25, 2014
Club Coffee files competition complaint against Keurig
November 13, 2014 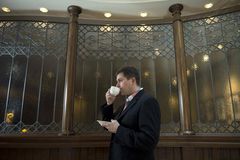 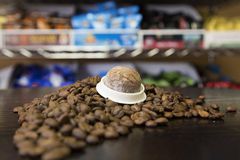 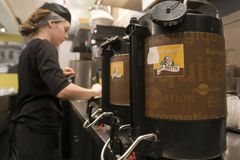 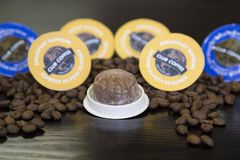 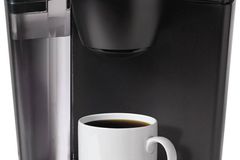