Nintendo's digital distribution strategy is improving. The Japanese game giant recently revealed that most upcoming first-party titles for both the 3DS and the soon-to-launch Wii U (successor to the outgoing Wii) will be available for purchase both at retail and in digital format.

What does this mean? Starting soon you'll be able to choose whether you want to head to the store and purchase a box containing a physical copy of, say, New Super Mario Bros. 2 (which is set to release for 3DS this summer), or just tap a few buttons and have it sent straight to your console via the Nintendo eShop. Consumers who like the idea of downloading games but prefer not to make purchases online will be able to buy download codes from shops like EB Games and Best Buy.

This is welcome news that demonstrates Nintendo understands the current and future importance of digital distribution within the industry.

Still, it may not be enough.

As American game blog Joystiq reports, downloaded games are locked to specific devices, not accounts. That means if you buy a digital copy of New Super Mario Bros. 2, you'll only be able to play it on the 3DS to which it was downloaded.

That's a big bummer for users and families who demand the ability to buy a game once and then move it between devices as they like. Steam, iTunes, Xbox Live Arcade, the Android Market, and the PlayStation Store all use an account-based approach, which means users can access purchased content on different devices. Some even encourage the use of several devices by providing free cloud storage for saved games so that users can pick up where they left off when switching machines or platforms.

This is a fair and balanced strategy for all concerned. It encourages users to buy online (which is preferable for the publisher) and provides buyers the assurance that they'll always be able to access their content, regardless of any growth or changes within their hardware environment.

Nintendo's method of restricting digital copies of games to the devices on which they were originally downloaded is simply an obstacle that will impede the growth of digital distribution. However, it's a policy problem, not an issue that's been baked into their products. Nintendo can – and, one hopes, eventually will – change this silly rule.

However, another hurdle to digital distribution on Nintendo systems is onboard storage capacity, and this one won't be as easy to fix.

The 3DS comes with a couple gigs of flash memory. Current 3DS game cards are between 1 and 8 gigabytes, which suggests the games residing on them are of equivalent size. Some full-sized games available at retail may not, in downloadable form, fit within the confines of the handheld's modest onboard storage. Memory cards will become the only means of storing downloaded content, and some avid gamers will inevitably end up using them much like game cards, frequently swapping sticks just to change games. This eliminates one of the chief advantages of digital delivery.

One is left to wonder what Nintendo will do with the Wii U.

We know Nintendo's next console will support both memory cards and external USB drives, but there's still no word on internal capacity. I fear that, in order to keep costs down – a low launch price is absolutely essential in order for the Wii U to compete with Sony and Microsoft out of the gate – Nintendo will skimp on flash storage.

That's understandable. Storage is the sort of thing most people won't miss, or at least not until they've downloaded a few games and realize that they need to either clear some space or invest in an external storage solution. However, Nintendo must realize that providing minimal onboard storage will eventually stifle the growth of their digital distribution efforts.

In order for online delivery to flourish on consoles as it has on computers, the industry needs to remove as many barriers as possible. That means easy access (the ability to play games on any supporting device once you download them) and ample space to store content.

I suspect the coming generation of console hardware will see the balance of game sales shift from retail to digital. This will be a boon to game makers, who will benefit from the decreased costs of manufacturing, the removal of middle-men, and the reduction of the used games market (you can't trade a digital copy).

We'll soon discover whether Nintendo is really interested in catching a ride on this wave. 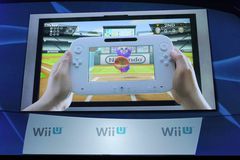 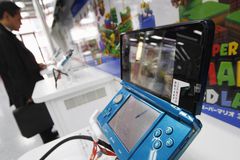