Asian aphids swarmed into Ontario and Quebec about 16 years ago and the tiny bugs have been eating their way through fields of soybeans ever since.

Farmers faced with infestations of the creatures have two choices: spend money and time spraying their crops with pesticides, or let lady beetles and other natural predators do the work for them.

Luckily, there's an app for that.

Rebecca Hallett, a professor at the University of Guelph, came up with the Aphid Advisor in 2011, relying on funding from the province of Ontario to create a hand-held way for growers to identify, count and compare the numbers of aphids and predators. Using expected population growth rates, the free app tells them whether it's best to spray pesticides or leave the battle to the other insects that eat aphids.

"It makes people aware that there are other creatures out there helping them and it's not always necessary to go to a pesticide application," Dr. Hallett said by phone. "The cost of a spray that's not needed can make the difference between profit or not."

The Ontario government was set to renew its decades-old partnership with the food and agriculture university on Tuesday with the announcement of $713-million in research money over 10 years. The funding will help pay for an update to Dr. Hallett's app, in addition to other innovations in food and agriculture research.

Jeff Leal, Ontario's Minister of Agriculture, Food and Rural Affairs, said the partnership with the university creates jobs and aids the growth and competitiveness of the province's food-making sectors. "It will continue to allow us to be at the forefront of research and innovation," Mr. Leal said in an interview.

Malcolm Campbell, vice-president of research at the university, said the provincial funding helps pay for researchers, projects and facilities that spawn "game changers" in food and agriculture.

Some of these include work on breeding cows that are disease resistant and less reliant on antibiotics; a breed of asparagus that is widely grown in parts of Canada; a natural preservative for produce; and environmentally friendly coffee pods.

"It's not just about making discoveries that push back the frontier of your discipline," Dr. Campbell said. "It's about converting those discoveries … into action and creating innovations that are going to create jobs, grow the economy and make us more competitive in a global marketplace."

Revenue or royalties for some of the commercialized products are shared among the university, province and, in some cases, the private sector, Dr. Campbell said, adding such agreements bring the school about $2.5-million a year.

Much of the research is helping the agriculture sector become more productive with the use of data and technology.

Todd Duffield, a Guelph professor who specializes in cattle health, received provincial funding to develop an app that helps farmers monitor and treat their dairy cows for ketosis, a common disease that reduces production of milk and calves. The app, which has been in use for about two years, lets farmers enter disease testing and treatment data on individual cows as well as the herd. The app sends reminders to medicate certain cows, and lets the farmer share data with their veterinarian or nutritionist.

"If there are too many cows getting it, then there are things that need to be looked at management-wise and nutrition-wise. A monitoring program for the disease is important for individual cow treatment but also to maintain herd health," Dr. Duffield said.

"Most farmers have a smartphone these days and [I thought] could we not just create something simple farmers could use to track this information and follow it over time," Dr. Duffield said. 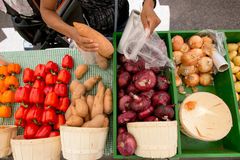 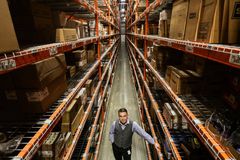 ROB Magazine
Inside Western Canada’s wealthiest dynasty — and the question of who will run it next
Subscriber content
October 27, 2017 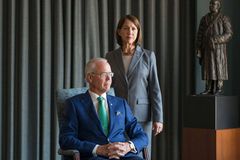