The survey released today, commissioned by Canadian coding education advocacy and outreach group Actua, found more than 70 per cent of both Canadian teenaged girls and boys believe it will be "extremely or very important" for their careers to know how to program, design or make content for digital technologies. But boys were nearly twice as likely to agree they are "extremely" or "very" interested in pursuing careers involving coding or programming (50 per cent) than girls (27 per cent). The survey of 1,500 Canadian youths in early January by Abacus Data also showed boys were likelier than girls to agree coding was "interesting," "cool," or "important," and less likely to call it "difficult."

Actua chief executive officer Jennifer Flanagan said while the research reinforced her expectations and common perceptions, there was "a bigger difference than even we thought there would be" between the sexes. "Obviously this is not the picture we want to see in terms of driving gender equity in technology fields of the future" where an increasing amount of jobs for Canadians will be, and where there is already a chronic skills shortage. "If kids at this age are already at the point where only half the number of girls are as interested as boys … that concerns me greatly."

Ms. Flanagan said that by high-school girls are typically discouraged or intimidated about pursuing coding education, particularly in co-ed environments, adding "the environment needs to change to be more welcoming and more supportive of women."

The survey results reflect the experience of Miasya Bulger, a 17-year-old grade 12 student at Lisgar Collegiate Institute in Ottawa who has been coding since grade 8 and even taught coding at summer camp courses at the University of Ottawa last year. Nonetheless, the straight-A student has decided to study biology instead of computer science at university, believing it will be a more welcoming environment. That stems from a lack of confidence that has intensified this year when she was one of just two girls in her computer-science class – compared with her first high-school computer-science class two years ago, when the gender split was even.

Ms. Bulger said she was intimidated and considered dropping out on the first day of class this year and hasn't felt welcome since. "When it's all guys it feels different – they looked at me differently," she said. She added that despite her confidence in her coding abilities, boys often don't want to work with her on projects and when they do, "they don't want me to touch the keyboard or listen to my input."

Ms. Bulger noted that when she taught all-girls courses at summer camp, the participants were more comfortable and engaged. "If you help girls build computer-science skills and confidence in their ability they are much more likely to stay with it," she said.

Ms. Flanagan noted confidence of youths when it comes to STEM (science, technology, engineering and mathematics) is key to determining whether they will pursue careers in those fields. "We know they are not at the level we want them to be."

That is underscored by the study's other main finding: that few young Canadians believe they have enough opportunities to learn how to code. More than half said they wanted more opportunities to learn how to code at school – but only one-third said their schools offered classes on coding or programming. About a third said they were very or extremely interested in taking extracurricular coding courses, but only one in 10 had done so.

Only three provinces – British Columbia, Nova Scotia and New Brunswick – have added coding to their provincewide curriculums. Computer-science courses are available in most provincial education systems but it is generally an inconsistent patchwork bolstered by outside initiatives funded largely by the private sector such as Actua's Codemakers program and Canada Learning Code.

The study results shows "there is an unmet demand for coding and programming education," said Daniel Munro, Actua's researcher-in-residence. The margin of error for the survey is plus-minus 3 per cent, 19 times out of 20. Abacus first interviewed parents about their attitudes toward coding before obtaining their permission to interview their teenaged children.

The federal government has been pushing both digital literacy and increasing funding and opportunities for women who are underrepresented in the tech sector, part of a larger agenda to improve the country's innovation-based industries and fix the tech gender gap. Ottawa also recently unveiled a program that will provide $50-million over two years to groups including Actua that provide coding and digital education for school-age children. 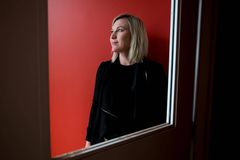 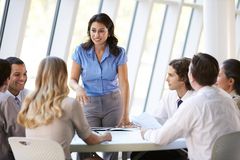 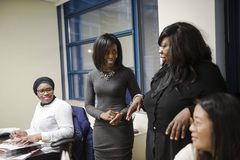 Follow Sean Silcoff on Twitter @SeanSilcoff
Report an error
Due to technical reasons, we have temporarily removed commenting from our articles. We hope to have this fixed soon. Thank you for your patience. If you are looking to give feedback on our new site, please send it along to feedback@globeandmail.com. If you want to write a letter to the editor, please forward to letters@globeandmail.com.
Comments are closed