The deeper you go, the higher you fly.

The Beatles lyric seems apt while I'm plunging down a mine shaft at 10 metres a second. My ears pop as the open-air elevator descends and the bare rock walls rush past in a blur.

After three minutes we're two kilometres below ground, and the elevator stops. We've finally reached the level of SNOLAB. Located near Sudbury, Ont., it's one of the world's deepest laboratories and a place where scientists are hoping to answer a riddle of cosmic proportions: What is dark matter?

Unseen but ever present, dark matter makes up 85 per cent of all the stuff in the universe. Like an invisible conductor, its gravity guides the motions of galaxies and stars. When the universe began, dark matter helped to shepherd atoms together, ultimately making it possible for planets to form and life to emerge. Until we understand dark matter, we won't really understand why we exist.

Like the Higgs boson, which was confirmed last year, or the gravitational echoes from the Big Bang reported earlier this week, the detection of dark matter would be a Nobel Prize-worthy find – one that would offer a genuinely new piece of information about the nature of reality.

The challenge for physicists is that dark matter can be neither seen nor felt. If it is a particle, it interacts only rarely with the matter world we know. Any detector that is sensitive enough to spot it would be flooded by all the other particles that normally rain down on Earth's surface from space.

It's the need to screen out all this noise that has sent researchers far underground. And when a new dark matter detector called DEAP-3600 switches on at SNOLAB later this year, they may finally find what they're looking for.

"There's real discovery potential," says Mark Boulay, a professor of physics at Queen's University in Kingston and the leader of the DEAP-3600 experiment.

Now it's time to strip and shower.

After the two-kilometre journey down and a walk almost half that long through the dark passages of the Creighton Mine, operated by Vale Limited, a tunnel branches off and leads to the entrance of SNOLAB.

Passing through a succession of change rooms we leave behind boots, hard hats and all of our clothing before showering down and zipping into clean-room outfits provided by SNOLAB. While the lab is well isolated from space radiation because of its depth, there is radiation – particles of ordinary matter – in the dust that is carried down from the surface or picked up in the mine. That can affect the experiments in SNOLAB, so an elaborate entry protocol is needed to keep the dust at bay.

Inside, SNOLAB is an interconnected series of chambers and corridors where as many as 120 people can work or visit at one time. Everywhere, experiments are in progress or under construction – including DEAP-3600, which is taking shape in a church-sized cavern so tall that it's hard to believe it's underground.

While it operates, the DEAP-3600 detector will sit inside a stainless-steel sphere suspended within a giant tank of ultraclean water. For now, it lives inside a plastic tent, like a hospital patient avoiding contamination from the outside world.

"We've been extremely careful," Prof. Boulay says. "Inside the detector is where we're most sensitive."

The detector itself looks like a giant virus – a spiky ball with long protruding tubes. In reality, it's built to be a target for dark matter.

The central sphere, made of acrylic, will be filled with three and a half tonnes of liquefied argon gas. If dark matter has the right properties, it should occasionally bump into the nucleus of an argon atom and jiggle it enough to produce a minuscule flash of light. The flash will be picked up by light-sensing devices in the surrounding tubes and turned into an electric signal.

One flash alone is not enough to confirm dark matter, but over time, an accumulation of flashes beyond the level of random noise would be a smoking gun. The catch is, it's impossible to be sure if the kind of dark matter the experiment is sensitive to is the kind that actually exists in nature.

"We could see up to a handful of events per month," Prof. Boulay says, "or not see anything in three years."

Among the wilder ideas on the table is that dark matter will turn out not to be one kind of particle but a whole family of them, as diverse as the electrons, quarks and so on that make up the visible world we know.

"It could be as crazy and complex as you want," says Kim Palladino, who moved from the Massachusetts Institute of Technology to Sudbury to work on another dark-matter experiment that will eventually sit next to DEAP-3600.

There are so many guesses about dark matter that physicists have hedged their bets with an array of experiments in hopes that one approach or another will find something. Some of these are at SNOLAB; others are at underground facilities in the United States and Europe. China is jumping into the ring too, with its own newly built underground facility in Sichuan.

What makes DEAP-3600 noteworthy in a crowded field is that once it comes on line, it will be the most sensitive dark-matter detection experiment in the world. That will give it the first crack at sweeping out some unexplored possibilities. Even if the experiment comes up empty-handed, its findings will still be important for narrowing the search.

Yet there are tantalizing clues that bode well for DEAP-3600. There are hints from satellite-based experiments that dark-matter particles exist and are colliding with each other in deep space. If so – and it is a big if – the type of dark matter that would explain the satellite data falls within the range of what DEAP-3600 scientists will be looking for.

"They could strike gold before anybody else," says Juan Collar, a physicist at of the University of Chicago who is affiliated with a number of other experiments.

But while anticipation is building at SNOLAB, it's also tempered by the knowledge that the search could last another decade or longer. And there are empty chambers here waiting to be claimed by experiments that will come after DEAP-3600. Still, after half a century of speculation, many researchers feel they are closing in on dark matter.

"Within the next two generations [of detectors] we have reason to think it will show up," Dr. Collar says.

Thanks to SNOLAB, Canada will probably remain a key player in underground physics during this crucial time. Built for less than $150-million with an annual running cost of about $10-million the lab is a bargain relative to other major facilities of this kind.

And while the effort to understand dark matter may not translate into commercial applications – at least not any time soon – "we're always pushing the envelope of the technology to do these experiments," says Fraser Duncan, the associate director of SNOLAB.

He adds that, for young researchers who may eventually move on to other pursuits, the facility is an ideal training ground in creative technical innovation.

For those caught up in the hunt for dark matter, though, there's no mistaking the real motivation here – the promise of a glimpse into nature's hidden inner workings.

"I think it's the coolest question out there to be trying to answer," says Dr. Palladino, as she works at a piece of equipment that is more than three times farther below ground than the CN Tower is high.

"It's really worth getting to the bottom of."

New clues into the existence of dark matter
April 3, 2013 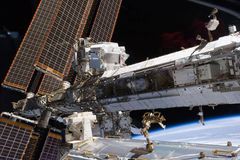 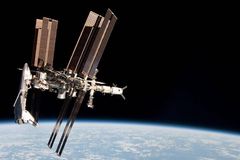 From the archives: Scientists say patterns in deep space shed light on first moments of the universe
March 17, 2014 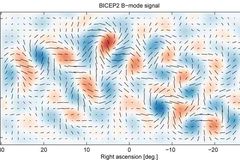