A newly identified species of dome-headed dinosaur roughly the size of a large dog once roamed the plains of southern Alberta, a team of Canadian scientists announced Tuesday.

The discovery of the Acrotholus Audeti touched off further investigation that suggested the world's dinosaur population was more diverse than once believed.

Details of the study were published Tuesday in the journal Nature Communications.

The two-legged plant-eater stood no higher than an adult human's knee and weighed only 40 kilograms, measurements similar to a German shepherd or other large-breed canine.

Evans, however, said the animal has become an important puzzle piece for those committed to mapping out the rise and fall of the dinosaur.

"We actually don't have a very good record of dinosaurs from North America, or even the world, as a whole through this interval . . . around 85 million years ago," Evans said in a telephone interview. "So we went to the areas that exposed the sediments trying to find the fossils that would help fill in that gap in our knowledge."

Researchers were guided in their quest by an early discovery made by museum staff in the late 1940's, Evans said. Researchers unearthed a partial fossil of a dinosaur featuring a thick dome of solid bone over its eyes in the Milk River formation of southern Alberta, but found the sample had deteriorated too far to be of much use.

Present-day researchers had better luck in 2008 when they came across a nearly perfectly preserved fossil on the land of a southern Alberta cattle rancher.

Evans said he was stunned to discover an intact specimen, explaining scientists are rarely afforded the chance to study smaller dinosaur skeletons.

The skeletal characteristic that helped preserve the fossil was ultimately the one that gave the species its name. Acrotholus is derived from the Greek words for "high dome" and describe the 10-centimetre bone mass on the animal's head.

The distinctive skull formation, which places Acrotholus within a group of dinosaurs known as pachycephalosaurs, also opened the door to a wider investigation of dinosaur diversity, Evans said.

He and his team examined all 600 of the pachycephalosaur specimens discovered to date in order to determine how many subspecies there were within that group. The team concluded there were at least 16 varieties of animals featuring the distinctive dome, including acrotholus.

Evans said the findings challenge stereotypical images of dinosaurs as mammoth creatures running roughshod over all smaller species. The study of pachycephalosaurs alone, he said, suggests the dinosaur population was more diverse and complex than conventional wisdom suggests.

"The only reason we know that pachycephalosaurs were so diverse is because of these domes which seem to be preferentially preserved in the fossil record," he said. "And so if other dinosaur groups are anything like pachycephalosaurs, they were probably a lot more diverse too. This has implications for how you reconstruct the diversity of particular dinosaur communities through time."

An exhibit featuring the acrotholus fossils will go on display at the Royal Ontario Museum later this month.

Prehistoric embryos in China yield clues on how dinosaur bones grew
May 11, 2018 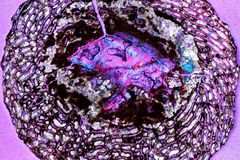 A new time frame for dinosaur demise and other science news
May 11, 2018 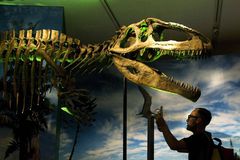 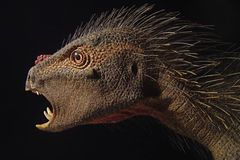 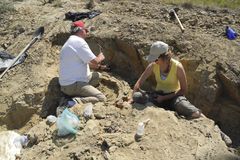 Alberta fossil discovered in 1916 is new species of dinosaur: researchers
May 8, 2018 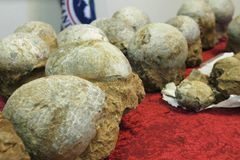 Rare duck-billed dinosaur fossil destroyed by vandals in Alberta
May 1, 2018 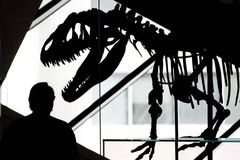 Where dinosaurs could have roamed and other science stories
May 11, 2018 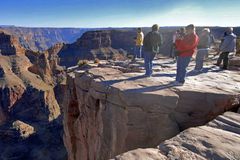