To a casual hiker, one bit of North American forest may seem like any other. But look more closely and a mysterious patchwork of diversity emerges. Some stands of forest are clearly dominated by a single kind of tree. Others are a diverse mix of species.

Now, a multiyear effort to understand these differences has uncovered a surprising answer. What controls forest diversity is not the trees but the fungi that interact with them, typically at microscopic scales, below ground and out of sight. The result offers a new window on the complex interactions that underlie some of the most familiar ecosystems on the continent and could lead to improved forest-management practices.

"I find it quite amazing that these organisms that we can't see can have such a profound effect," said John Klironomos, a plant ecologist at the University of British Columbia who led the effort.

Scientists have long known that plants and soil fungi can form symbiotic relationships, called mycorrhizas, in which plants provide carbon in exchange for other nutrients such as phosphorus or nitrogen. Less clear is how these relationships can affect the larger natural landscape.

To explore the question, Dr. Klironomos, together with collaborators across Canada and the United States, investigated 550 separate forest locations from Nova Scotia to Northern California.

In each location they identified a mature tree and collected root, seeds and soil samples. The trees were chosen based on what type of mycorrhiza they formed with fungus. Most tree species do so internally, allowing the fungi to colonize their tissues. But for some species – particularly evergreens – the mycorrhiza forms an external and encasing sheath around the entire root system and can also sprout mushrooms. It is this difference that appears to influence where trees tend to grow, Dr. Klironomos said.

In general, plants of the same species do not tend to cluster together because that makes them a more attractive target for diseases and parasites that require the same kind of plant. For this reason, seedlings that grow near their parent tree would seem to be at a disadvantage.

The exceptions are tree species that have external mycorrhiza. They appear to be less susceptible to pathogens because their roots are so well protected.

"The pathogen can't colonize the root if it can't get to the root," said Jonathan Bennett, a post-doctoral researcher and team member.

Such trees should be free to grow together more densely, leading to sections of forest that are less diverse.

The team was able to test this effect when seeds from their forest sites were cultivated in the greenhouse. Seedlings of tree species with external mycorrhiza were significantly healthier when grown in the soil that was found near their parent tree. By enlisting the fungi in that soil, they were less likely to have roots that were infected or damaged.

For tree species whose mycorrhiza don't cover their roots, the opposite was true. They did not grow as well when planted in the same soil as their parent tree because they were exposed to their parent's pathogens.

What emerged in the greenhouse also holds true in the forest, the team found. The local diversity of tree species and therefore the overall ecology of the forest appears to be influenced by what is happening between tree roots, fungus and pathogens – a phenomenon that Dr. Klironomos calls "plant-soil feedback."

The result was bolstered by a second study by a different team that found a similar effect at work among wild shrubs in western Australia. Both studies were published Thursday in the journal Science.

Etienne Laliberté, a plant biologist at the University of Montreal and a co-author of the Australian study, said the work demonstrated that fungi are not simply passengers but drivers of plant diversity. He added that plant-soil feedback can make for a complex biological tug of war in which some plants are inhibited and others facilitated by the other plants around them depending on their mycorrhiza.

"It's hard to predict what the overall effect will be on diversity," he said, noting that his team resorted to computer models to help study the process.

Wim van der Putten, an ecologist at the Netherlands Institute for Ecology, Wageningen, who was not involved in either study, said that the parallel results "show that we can only understand plant species diversity when combining the positive and negative interactions between plants and their soil organisms."

Dr. Klironomos said such an understanding could help those trying to restore natural forests in areas that have been altered by human activity. It may also shed light on the success of invasive species, many of which do not have mycorrhiza and so are able to outcompete native species in places where the soil has been heavily disturbed. Canadian study reveals hidden link between cells and bacteria
May 21, 2015 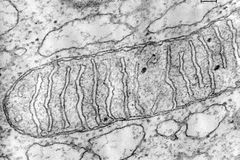 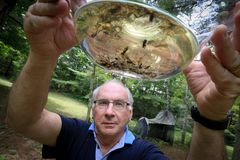