Looking at dirt may not seem like the height of excitement, but the imminent launch of a U.S. satellite designed to do just that has scientists across Canada eagerly lining up for a glimpse of the data.

Dubbed SMAP, the nearly $1-billion (U.S.) spacecraft will be the first to circle the globe while focusing on one simply stated question: How much moisture is in the soil?

"It's a variable that's quite difficult to get, yet a lot of things depend on," said Aaron Berg, a professor of geography at the University of Guelph and one of several Canadian participants in the NASA-led mission.

The action could begins as early as Saturday morning, when the probe is scheduled to be lofted into orbit aboard a Delta II rocket from Vandenberg Air Force in California.

Among those who will benefit most are experts involved in tracking agricultural productivity and flood risk, both of which are strongly correlated to the presence of water in the soil.

SMAP could also improve weather predictions, by helping to eliminate one of the most persistent uncertainties that forecasters face.

"There's a very close interaction between soil and the atmosphere," said Stéphane Bélair, an atmospheric scientist with Environment Canada based in Montreal. "That has a big driving effect on weather."

Dr. Bélair, who is part of the mission's science team, plans to use data from SMAP to improve computer models that aid in weather forecasts. Because the water content in soil absorbs solar energy and can dramatically alter humidity, wind and air movement near the surface, a more accurate reading of the changing levels of moisture in the ground at different geographic locations could reduce errors in forecasting by as much as 10 to 20 per cent, he said.

Agriculture and Agri-Food Canada as well as five Canadian universities are participants in the mission, with academic researchers receiving $1.1-million in funding from the Canadian Space Agency to underwrite their involvement.

In 2012, part of that involvement included a series of test flights that NASA conducted over farm fields in southern Manitoba. Two NASA planes carried sensors similar to those that will fly on the satellite.

"While they were making their overpasses we had a large group of scientists out in the fields doing different measurements," said Jarrett Powers, a manager with the agriculture ministry's science and technology branch, based in Winnipeg.

The Canadian data were used to calibrate NASA's airborne readings. A set of permanent ground stations across Manitoba and elsewhere will continue to be used this way during the mission, Mr. Powers said.

SMAP will utilize the microwave part of the the spectrum to make its measurements. Since water molecules are well tuned to absorb microwave energy – the same principle that allows a microwave oven to heat up moist food – a microwave scan of the planet can reveal how much water is present in the soil to a depth of a few centimetres.

As it circles the globe, SMAP will passively measure the natural microwave emission from the ground as well as actively bounce radar signals off Earth's surface. The combination of the two observing modes gives the satellite its name (Soil Moisture Active Passive).

Other spacecraft, including Canada's Radarsat, have the power to make similar measurements, but SMAP will be unique in mapping the moisture content in the soil everywhere on Earth every two to three days and providing the data to forecasters in near real time.

Update: NASA reports the SMAP satellite launched successfully on Jan. 31 and is now in Earth orbit. Liftoff occurred at 9:22 ET.

Mountain-sized asteroid set to hurtle past Earth
May 12, 2018 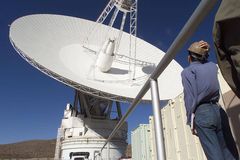 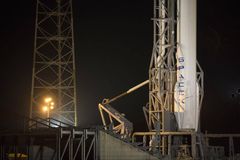 Instead of waiting for wrench, astronaut on ISS prints one
May 12, 2018 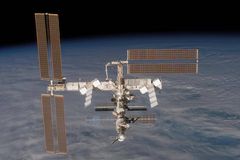