Winnipeg-based food delivery company SkipTheDishes Restaurant Services Inc. has been purchased by Britain's Just Eat PLC in a deal that could be worth up to $200-million. It is one of the biggest "exits" of a Canadian startup in 2016, making SkipTheDishes one of the first firms financed through Ottawa's $400-million Venture Capital Action Plan to deliver concrete returns.

"I feel this [deal] is something that's really big for all of Canada – not just Canadians as customers of Skip, but also [for] the entire tech community and what we can do in Canada," said SkipTheDishes' 29-year-old CEO and co-founder Joshua Simair, whose backers include prominent Canadian technology entrepreneurs Tobi Lutke and Harley Finkelstein, Allen and Eva Lau, Daniel Debow and David's Tea co-founder David Segal.

SkipTheDishes provides delivery service from 2,900 restaurants in 21 secondary markets across Canada and the United States, such as Ottawa; Edmonton; Red Deer, Alta.; Prince Albert, Sask.; Cincinnati and Omaha, where there is little or no competition.

The Winnipeg firm is on track to post revenue of $23.5-million in 2016, and as of October had processed 1.6 million orders this year, up 186 per cent year over year.

"These guys built the ultimate mobile and Web-first delivery service for all Canadians basically, except they didn't focus on downtown Toronto or Vancouver" said Matt Golden, whose Toronto-based venture capital firm, Golden Venture Partners, backed SkipTheDishes, in part with funding received via the VCAP program.

Mr. Simair will continue to head SkipTheDishes as a standalone unit, saying he's focused on recruiting to help manage its rapid expansion.

The Prince Albert, Sask., native, who grew up on a produce farm, founded the company in the fall of 2012 with four other Saskatchewan natives, including his two brothers. The founders invested their life savings and didn't pay themselves for the first three years. They spent months working out of a friend's basement and shared rooms at night floor. The company raised an undisclosed amount from outside investors in 2015 and 2016.

Mr. Simair was inspired to start the company while working as an analyst for RBC Capital Markets in London from 2010 to 2012, where he observed the success of Just Eat. He decided to quit and build something similar at home – while addressing the unique challenges and opportunities of serving smaller markets. "We believe all cities in Canada deserve delivery," he said.

For example, deliveries in SkipTheDishes' core markets take longer because they are less dense. Few restaurants do delivery, so that is handled by third-party couriers plugged into SkipTheDishes' technology network, whereas Just Eat restaurants typically manage their own delivery.

Investor Allen Lau said SkipTheDishes enjoys an "unfair advantage" by sticking to the underserved markets its founders know intimately – but that collectively add up to a large market opportunity. They have helped build an advanced system that predicts future orders and delivery times and optimizes delivery routes, while allowing customers to track their en-route deliveries via GPS.

Another unfair advantage: One of its earliest customers was Mr. Finkelstein, chief operating officer of Ottawa tech superstar Shopify Inc. Mr. Finkelstein, a self-described "power user" of SkipTheDishes' services in Ottawa, decided to invest a five-figure sum after meeting the founders.

He also convinced his CEO, Mr. Lutke, Shopify venture capital backer Felicis Ventures and friend Mr. Segal to follow suit. Mr. Finkelstein, who has more than doubled his investment in the deal, said he'll invest the proceeds from the sale into other startups.

With files from Christine Dobby 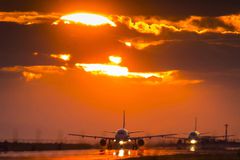