Angolan billionaire Isabel dos Santos, daughter of the man who ruled the oil-rich country for 38 years, is facing criminal charges of fraud and money laundering, according to Angola’s Attorney-General.

The saga took another dramatic twist on Thursday, just hours after the indictment of Ms. dos Santos, when a Portuguese banker with links to the Angolan billionaire was found dead in Lisbon. Police said the death of Nuno Ribeiro da Cunha, one of four additional suspects named along with Ms. dos Santos by the Attorney-General, seemed to be suicide.

The charges against her – including influence peddling, forgery of documents and money-laundering – were cited at a press conference by Angola’s Attorney-General Helder Pitta Gros. They relate to her 18-month term as head of Sonangol, the state oil company.

She could face an international arrest warrant if she fails to return voluntarily to Angola, Mr. Pitta Gros said. He also listed four other suspects, all living abroad. One of them was Mr. Ribeiro da Cunha, a senior manager at EuroBic, a Portuguese bank co-owned by Ms. dos Santos.

The banker reportedly handled transactions and accounts for some of her companies. His death came a day after the bank announced that it was severing ties with Ms. dos Santos, its biggest shareholder. She has agreed to sell her 42.5-per-cent stake in the bank, it said.

On Thursday, her legal representatives in London were struggling to find a communications firm specializing in crisis management to represent her, according to various sources contacted by The Globe and Mail.

In a statement issued on Thursday by her representatives, Ms. dos Santos denied all of the latest Angolan allegations. “I am ready to fight through the international courts to defend my good name,” she said.

Ms. dos Santos, 46, has always described herself as a self-made entrepreneur. She moved out of Angola after her father left office and is now believed to live in London. She has led a glamorous jet-setting lifestyle for years, often photographed with international celebrities.

This week, the International Consortium of Investigative Journalists reported that Ms. dos Santos took a cut of Angola’s wealth – including its oil, diamonds, banks and mobile-phone industry – and sent it abroad with the help of a global network of consultants, lawyers, bankers and accountants, including leading Western companies such as McKinsey & Co., Boston Consulting Group and PwC.

The consortium’s reporting was based on more than 700,000 leaked documents. They listed more than 400 companies in 41 countries that were linked to Ms. dos Santos or her husband, including banks and shell companies in tax havens.

The documents showed that her father, as president, had often awarded lucrative contracts, licences and tax breaks to her companies. They also showed that she had funnelled US$38-million from the state oil company to a Dubai company controlled by her business partner – just hours after Angola’s new President had fired her as the head of the oil company.

Most of her country’s people, meanwhile, live in poverty. Unemployment, illiteracy and infant mortality are at high levels, and two-thirds of the population is living on less than US$2 a day, according to World Bank data.

Angola’s President, Joao Lourenco, was the handpicked successor of Mr. dos Santos. But he has launched an anti-corruption campaign and has moved to distance himself from the ex-president’s family. His government has frozen the Angolan assets of Ms. dos Santos as it investigates allegations of irregular money transfers from the state oil company.

Ms. dos Santos, in her statement on Thursday, said the allegations against her were “extremely misleading and untrue.”

The accusations were “a very concentrated, orchestrated and well-coordinated political attack, ahead of elections in Angola next year,” she said.

“It is an attempt to neutralize me and to discredit the legacy of President dos Santos and his family. No one should be taken in by these diversionary tactics.”

She said her companies have created more than 20,000 jobs and paid more than US$100-million in taxes last year. “I have always operated within the law,” she said.

In response to the media consortium’s reports on the leaked documents this week, Ms. dos Santos initially said the reports were based on “many fake documents.” But in her statement on Thursday, she appeared to confirm that the documents were authentic. She said the documents had been “stolen” and “leaked selectively to give a false impression.”

With a report from Eric Reguly in Rome 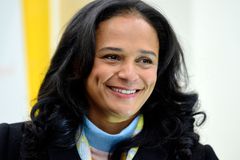 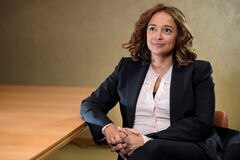