The Canadian government is helping finance a formal investigation of widely reported atrocities in Ethiopia’s war in Tigray, but it says it hasn’t decided yet whether to join the United States in imposing sanctions on Ethiopia and Eritrea for their conduct in the war.

Ethiopian and Eritrean soldiers have been accused of massacres, sexual violence and the destruction of hospitals and medical clinics in the Tigray region of northern Ethiopia. Many of the mass killings and other attacks have been documented in detail by human-rights groups, aid agencies and international media.

In recent days, United Nations officials and aid agencies have alleged that Ethiopia and Eritrea are using starvation as a weapon of war. Aid agencies have reported that famine has begun spreading in Tigray after soldiers destroyed farmland, slaughtered animals and blocked food aid.

Canada will provide about $600,000 to help fund a joint investigation into the reported human-rights abuses in Tigray, the Global Affairs department says. The investigation is being conducted by the Office of the United Nations High Commissioner for Human Rights and the Ethiopian Human Rights Commission.

“It is essential that this investigation be transparent and impartial, and that those responsible for confirmed abuses are held to account,” said Patricia Skinner, a spokesperson for Global Affairs.

She said Canada is “deeply concerned” by the reports of human-rights violations and the continued presence of Eritrean forces in Tigray. But it has not decided whether to join Washington in imposing sanctions, she said.

“The decision to impose sanctions is not one that the government of Canada takes lightly,” Ms. Skinner said in response to questions from The Globe and Mail. “Canada is judicious when it chooses to deploy sanctions and is committed to their effective and co-ordinated use, when appropriate.”

The U.S. State Department announced on May 23 that it was imposing visa restrictions on Ethiopian and Eritrean officials, along with “wide-ranging restrictions on economic and security assistance to Ethiopia,” because of the killings and other atrocities in Tigray. The sanctions were also aimed at ethnic Amhara militias and members of the former Tigrayan ruling party that led the rebellion in the region.

The U.S. State Department also called on other governments to impose similar visa restrictions, and it asked them to join the United States in withholding support for new lending to Ethiopia from multilateral development banks, except for funding for basic human needs.

At their summit on the weekend, Group of Seven leaders, including Prime Minister Justin Trudeau, made a joint call for action on the Tigray conflict, including “an immediate cessation of hostilities, unimpeded humanitarian access to all areas and the immediate withdrawal of Eritrean forces.” In their final communiqué, the G7 leaders said they condemned the “ongoing atrocities” in Tigray, including “widespread sexual violence.”

Last week, diplomats and aid agencies warned that Ethiopia could be heading for a repeat of its devastating famine of 1983 to 1985, which killed an estimated one million people.

An analysis by UN agencies and other aid groups concluded that about 350,000 people in northern Ethiopia had slipped into famine conditions because of the prolonged Tigray war, and about 90 per cent of Tigray’s six million people are in need of emergency aid.

“There is famine now in Tigray,” said Mark Lowcock, the UN emergency relief co-ordinator, in a speech last week. “Every expert will tell you, this is going to get a lot worse.”

He warned that the Tigray hunger crisis is already more severe than any such crisis since the Somalia famine of 2011, which killed about a quarter of a million people. Yet military forces have repeatedly blocked access to many parts of Tigray, he said.

Canada is “extremely concerned” by the Tigray conflict, which has brought millions of people to the brink of famine, Ms. Skinner said. The federal government is calling for “rapid and unimpeded humanitarian access” in Tigray, she said.

The Ethiopian government has disputed the famine reports, insisting that it is providing enough aid for the people of Tigray. The Ethiopian embassy in Canada, in a series of tweets this month, suggested that the famine reports are just a “card” that is being played against it. The tweets used the hashtag #DontPlayFamineCard.

But new evidence this week continues to confirm the reports of widespread hunger and starvation. Médecins Sans Frontières (Doctors Without Borders), in a statement provided to The Globe on Monday, said there was “immense suffering and alarming levels of malnutrition” in Tigray.

MSF, which runs mobile clinics in the region, said it screened 1,623 children at seven locations near the town of Shire last month and found that 7.1 per cent had severe acute malnutrition. The children were between the ages of six months and five years.

The UN children’s agency, UNICEF, said at least 33,000 children in inaccessible parts of Tigray are severely malnourished and face imminent death without immediate help. “In the last month alone, we have seen a fourfold increase in weekly admissions of children for treatment of severe acute malnutrition,” the agency said in a report on Monday. 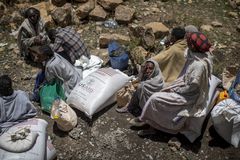 Ethiopia convicts three soldiers of rape, charges 28 others for killings in Tigray region
May 21, 2021 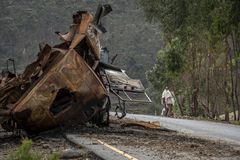 U.S. envoy hosts head of Ethiopian Orthodox Church after he warned of ‘genocide’ in Tigray region
Subscriber content
May 11, 2021 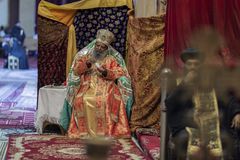