It’s an election dominated by a fence. You can see it across the alfalfa and corn fields near the border with Serbia – a potent razor-wire symbol of Hungary’s fears, sealing off its borders not only to the migrant masses it imagines are on the other side but also to an outside world that doesn’t seem to understand this Central European country.

For many Hungarians casting their votes in parliamentary elections Sunday, only one man can guarantee that the fence stays up. Viktor Orbán, Prime Minister and leader of the Fidesz party – who built the barrier after vast numbers of asylum seekers, many from war-torn Syria, came over the border in 2015 – is seen as the strongman the country needs right now.

In Szeged, a bucolic border town of leafy squares and thermal baths, locals still shudder at the memory of the 2015 influx. Balent Mracskó, 28, who is sinking a few beers at a local tavern after work, gives thanks to Mr. Orbán for keeping the town “safe.”

“Now Europe is trying to force us to take down the fence that we worked so hard to build. It’s just ridiculous,” says the car engineer.

The “migrant menace,” it seems, is so feared that many are willing to overlook the allegations of fake news, corruption and spying swirling around a regime that, critics say, is tilting toward dictatorship. With the country’s media in his grip, Mr. Orbán has waged a highly effective campaign focused almost entirely on the fence – and the enemies of the fence.

There’s the EU, for one. “We sent the muzzle back to Brussels,” Mr. Orbán said in a recent speech, taunting the in-crowd of Western-style liberal democracies led by Germany and France. Last June, the EU sued Hungary for failing to accept quotas of refugees (Poland and the Czech Republic were also targeted). Hungary hit back, handing the EU a €400-million bill for the fence. In Mr. Orbán’s view, Hungary is doing the EU a favour, protecting the bloc from “Islamic expansion.”

But the biggest bogeyman, according to Orbán supporters, is George Soros, the Hungarian-born financier and philanthropist. Back in the late eighties, when Mr. Orbán was an anti-communist dissident pushing for democracy, it was Mr. Soros who funded his studies at Oxford University. But the benefactor’s defence of refugees during the 2015 crisis, amid widespread reports of brutal treatment at the hands of border guards and vigilantes, provoked the ire of his one-time protégé. Mr. Soros now has a starring role in Fidesz campaign posters, brandishing a pair of wire cutters.

Polls indicate Mr. Orbán will cruise into a third consecutive term, albeit with a reduced majority if his opponents’ tactical voting schemes work. Sándor Szabó, 42, a socialist MP for Szeged, describes the plan. The splintered left, suffering a lingering image problem since the fall of communism, is happy to encourage voters to back Jobbik, a party that used to be on the extreme right, with known neo-Nazi affiliations, if it gets Mr. Orbán out. In a curious plot twist, Jobbik has toned down its hard-line rhetoric, aiming for the centre-right ground that Fidesz used to occupy. In short, Fidesz and Jobbik have traded places.

It was Jobbik that first dreamed up the fence. The idea germinated just down the road from Szeged, in the tiny village of Ásotthalom. Mayor László Toroczkai, vice-president of Jobbik, is viewed as a trailblazer for Europe’s radical right, a telegenic prophet of doom issuing warnings about migrants trampling over crops and culture alike. He called for a fence back in 2014. Last year he banned the Muslim call to prayer and head coverings such as the hijab.

Toroczkai’s aim of creating an all-white utopia, voiced in a BBC documentary last year, has been achieved. The two Muslim families who were living in the village have left. But an atmosphere of unease pervades the town, the villagers’ welcoming smiles rapidly fading when asked about their former neighbours.

One woman who was friends with one of the families is petrified of speaking out lest she lose her job. “Everyone knows everyone here. The mayor is clever and has ways of finding out if you say anything.”

Jobbik’s bid for respectability has yet to be felt in the streets. But in the town hall, the mayor’s employees trill from the new hymn sheet. Project manager Veronika Dobo, 35, specifies that “the mayor is not against immigration, he is against illegal immigration.” Jobbik, she readily attests, is becoming a centrist party, “so it can be the government of all the Hungarian people.”

Hardliners feel let down. Péter Tas, 36, a rural economist stopping for a quick lunch of salad and fries at a run-down local restaurant, says Fidesz is “on the rise.” “I no longer recognize Jobbik. Personally, I would rather vote for a radical right party like Fidesz.” And Ásotthalom, he says, is not an especially radical town. His is a common view in a country where the political spectrum appears to have shifted wholesale to the right.

Passing through Ásotthalom, three men who played a prominent role “capturing migrants” in 2015 are riding high. Based in Szeged, they were recently depicted as heroes in a documentary on the migrant crisis. Although they decline to reveal how they will vote so as to avoid politicizing their group, which they describe as the “auxiliary police,” it soon becomes clear that they too have shifted from Jobbik to Fidesz. “Fidesz was a totally liberal party. But now they’ve evolved and realize how to manage things,” says team leader János Sándor, 47.

Ádám Berniczei-Roykó, 24, speaks of “The Battle.” He and his fellow volunteers put in 21,000 hours in 2015 escorting asylum seekers to trains bound for Budapest, chasing escapees through the surrounding fields and woods. He says nobody was hurt. “They recognize authority and did what they were told.”

“You’ve got to look at history,” he says, his heraldic ring replicating the 800-year-old crest of his family, flashing in the sun. “Hungary’s main role has always been to protect Europe against Islamisation.” He refers to the 15th-century Battle of Nándorfehérvár, in which a ragtag Hungarian army managed to beat off mighty Ottoman invaders. The country was still occupied for a century and a half, though. The battle of 2015 was seen as a rematch: Nándorfehérvár 2.0.

“It’s thanks to Hungary that Western Europe has prospered,” says Krisztián Korom, 37. “Look at how they treat us now.” It’s a common sentiment here, reflecting a general sense across Eastern European countries that they are the poor cousins at the EU table.

On the outskirts of Ásotthalom, Jonathan Howe, 49, a white immigrant from Hartlepool, England, observes developments with growing disquiet. He came here five years ago for the cheap land and the tranquil scenery. Villagers viewed him with suspicion at first, partly because of the language barrier. But when Howe bought a magnificent white horse, everything changed, and neighbours started stopping by.

It turned out the beast is an important symbol in Hungary, evoking the beginning of the inter-war nationalist regime of Milos Horthy, a.k.a. the Admiral on the White Horse. Back then, too, it was all about land and borders. Hungary looked to Germany for support in scraping back some of the two-thirds of its territory that it lost to surrounding countries after the First World War, a relationship that would end in collaboration with the Nazis and the deaths of hundreds of thousands of Roma and Jews.

People here are always talking about history, Howe says – even if the glories are debatable. He’s happy here, but regrets how the political situation has evolved. “I didn’t realize how nationalistic the place was,” he says. “People are scared to speak.”

He, too, feels uneasy. “Getting your windows smashed is always a threat.” 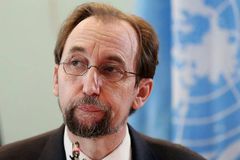