An attempt by British Prime Minister Boris Johnson to provide clarity on the two biggest issues facing the country – the pandemic and Brexit – has fallen flat and only raised more questions about how Britain will cope on both fronts this winter.

Friday was supposed to be a day of decision for the Prime Minister. He was set to announce whether trade talks with the European Union would continue and outline plans to bring more of the U.K. under tight physical-distancing restrictions to stop the alarming spread of COVID-19. He ended up providing little direction.

On Brexit, Mr. Johnson indicated that trade talks with the EU had become pointless and he told the country to prepare for a no-deal future. EU leaders “don’t seem to want to progress a free trade deal,” he said during a televised news conference. “Unless that fundamentally changes, we’re going to have to come out on Australia terms. But we’ll prosper mightily nonetheless.” Australia has no trade agreement with the EU and instead follows rules set by the World Trade Organization.

But Mr. Johnson also refused to say if he was walking away from the talks. “What we’re saying to them is ‘Only come here, come to us, if there’s some fundamental change of approach’,” he said.

"That left business groups frustrated with just 10 weeks to go before the U.K. cuts its remaining ties to the EU without any agreement on trade, transport, communications and a host of other areas. “This is no time to give up,” said a statement from Carolyn Fairbairn, director-general of the Confederation of British Industry. A deal is the only outcome that protects COVID-hit livelihoods at a time when every job in every country counts.”

The EU brushed aside Mr. Johnson’s comments and said it was prepared to keep talking. “As planned, our negotiation team will go to London next week to intensify these negotiations,” said a tweet from Ursula von der Leyen, head of the European Commission, which is the EU’s administrative body. It wasn’t clear if U.K. negotiators would participate.

Britain formally left the EU last January but the country has remained within the bloc’s single market as part of a transition period. Both sides were to use the transition to negotiate a trade deal and Mr. Johnson had been pushing for a comprehensive pact similar to the Canada-EU agreement. But the talks have stalled over fishing rights and regulations surrounding state aid to industry. British business leaders worry that they will face high EU tariffs and lengthy border delays if no deal is reached.

On the pandemic, Mr. Johnson has been trying to roll out a new three-tier alert system for lockdown restrictions across the country. But his attempts to move some regions into the third tier have been met with fierce resistance from local mayors. So far only Liverpool and Lancashire in the northwest of England have been put on the highest alert, which includes severe restrictions on social mobility and the closing of nearly all pubs and bars.

The Prime Minister had been planning to add the Manchester area to the list on Friday but he was blocked by regional politicians who wanted more compensation for affected businesses. Cabinet ministers “are asking us to gamble our residents' jobs, homes and businesses and a large chunk of our economy on a strategy that their own experts tell them might not work,” said a statement from Andy Burnham, the Mayor of Greater Manchester.

Mr. Johnson said Friday that he still wanted local cooperation. “Our efforts would be so much more effective if we work together,” he said. “Of course, if agreement cannot be reached I will need to intervene in order to protect Manchester’s hospitals and save the lives of Manchester’s residents.”

There was also confusion about the restrictions in Liverpool and Lancashire. While gyms in Liverpool have been ordered closed, they remain open in nearby Lancashire. That prompted complaints from Liverpool’s Mayor, Joe Anderson. “Inconsistent mess,” he wrote on Twitter. “We now have Tier 3 A and Tier 3 B. Are gym users in Lancashire more safe than those in Liverpool Region?”

All of this came as new figures showed the virus was spreading at a rapid rate. Studies released on Friday by Sir Patrick Vallance, the government’s chief scientific adviser, estimated that there could be as many as 74,000 new infections every day. Sir Patrick added that hospital admissions in some regions have climbed above the levels seen during the last the peak of the pandemic in April.

Some scientists have called for a two-week national lockdown similar to the one imposed last spring. Mr. Johnson wouldn’t rule it out but he said that for now “we think the local approach is the best one." 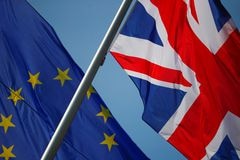 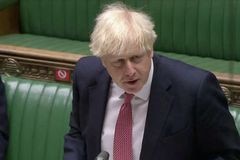