Lawyers for former Trump campaign chairman Paul Manafort said on Tuesday that they would seek to move his second trial, scheduled to start next month, out of Washington, D.C., due to concerns that a jury from the Democratic stronghold would be biased.

Their request for a change of venue highlighted the extent to which politics has coursed through the prosecution of Manafort, who U.S. President Donald Trump defended as a “brave man” even after a jury convicted him of tax and bank fraud in the first trial that ended last week.

Manafort, who sought unsuccessfully to move the first trial away from the Washington suburb of Alexandria, Virginia, is hoping for better luck with Judge Amy Berman Jackson, who is presiding over the second case in a federal court in Washington.

Jackson said she would entertain the motion but said she believed he could get a fair trial in her court.

“This jurisdiction has had very high profile cases before,” Jackson said at a hearing on Tuesday. “I’d like to believe that is still possible.”

Manafort, a longtime Washington lobbyist and consultant, faces seven criminal counts in the upcoming trial, including allegations of money laundering, obstruction of justice and failing to register as a foreign agent for his work on behalf of pro-Russian politicians from Ukraine.

Change of venue requests are rarely approved, according to two jury consultants interviewed by Reuters.

In denying Manafort’s motion to move the first trial to Roanoke, Virginia, the judge rejected the notion that a jury pool from Alexandria, which voted two-to-one for Hillary Clinton in 2016, would be biased against associates of Trump.

The political tilt is more pronounced in Washington, which Clinton won with 90 per cent of the vote.

Leslie Ellis, a director at jury consulting firm DecisionQuest, saw a bigger risk for Manafort in the probability that jurors from the capital would be knowledgeable about lobbying, tax law and other issues central to the case.

“Having case-relevant experience tends to be riskier for defendants because it is easier for someone with some knowledge of a field to hold a defendant to a higher standard than is appropriate or necessary,” Ellis said.

Manafort’s trials are the first to arise out of Special Counsel Robert Mueller’s investigation of Russian meddling in the 2016 election, although Mueller has secured a number of indictments, guilty pleas and immunity deals.

Berman said jury selection for the second trial would start on Sept. 17 and set opening statements for Sept. 24, a scheduling tweak she said was aimed in part at appeasing Manafort’s lawyers who had requested a week delay in the trial’s start date of Sept. 17.

The move came after an earlier bench conference in which Kevin Downing, one of Manafort’s lawyers, could be heard complaining to the judge about the time pressure they were under. The conference was supposed to be inaudible to attendees in the courtroom due to a white-noise machine.

“We don’t have the resources,” Downing said. “We just finished a trial last week.”

Also on Tuesday, Jackson approved the prosecution’s request to allow evidence about Justice Department inspections in the 1980’s that found Manafort had failed to disclose lobbying activities for foreign governments, one way the government planned to show that Manafort knowingly broke the law.

But Jackson said she would limit what they could show and asked both sides to agree on a stipulation that would tell the jury how Manafort was notified about lobbying disclosure rules in the past in a way that would not prejudice the jury. 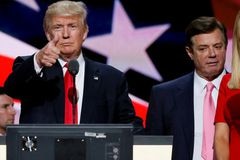 Manafort juror says ‘one holdout’ kept jury from convicting on all counts
August 23, 2018 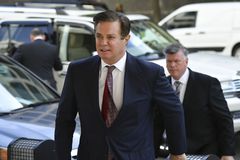 Opinion
For Paul Manafort, justice is finally served – but is it too late for America?
August 22, 2018