The federal government is in discussions with President Donald Trump’s administration about the U.S. threat to impose travel bans and other sanctions on staff members of the International Criminal Court, potentially including dozens of Canadians and their families.

“Canada is closely monitoring this situation and has discussed this matter bilaterally with the United States,” said John Babcock, a spokesperson for the Global Affairs department, in an e-mailed response to questions from The Globe and Mail.

In a tweet last week, Canadian Foreign Affairs Minister François-Philippe Champagne voiced support for the Hague-based court. “Personnel of the International Criminal Court should not be singled out for their work,” he said.

Earlier this month, Mr. Trump signed an executive order that authorizes U.S. sanctions – including asset freezes and travel bans – against any ICC officials involved in investigations of U.S. citizens. The travel bans could also apply to the families of ICC officials.

The Trump administration has been outraged by the court’s investigation of alleged war crimes – including alleged torture and rape – by U.S. soldiers and security agents in Afghanistan and at Eastern European detention centres for Afghan detainees.

John Bolton, in 2018 during his term as U.S. national security adviser, said the international court is “dead” to the United States. This month, U.S. Secretary of State Mike Pompeo called it a “kangaroo court” and accused it of violating U.S. sovereignty.

The United States is not a member of the court’s founding statute, but its citizens can be investigated for their actions in countries such as Afghanistan that are members.

Last year, in its first retaliation for the investigation, the Trump administration revoked Ms. Bensouda’s U.S. entry visa. But the proposed new sanctions would go much further, targeting a wider range of ICC officials.

The ICC, responding to the sanctions announcement, said it would remain “unwavering” in its investigations. The U.S. threats “constitute an escalation and an unacceptable attempt to interfere with the rule of law and the court’s judicial proceedings,” it said.

Critics say the Canadian government’s response has been relatively weak, considering its status as an early supporter of the court. Canada was one of the countries that helped found the ICC in the late 1990s, and it enacted the Crimes Against Humanity and War Crimes Act in 2000, making it the world’s first country to adopt legislation to implement the ICC’s founding treaty.

Mr. Champagne’s brief tweet in support of the court was posted a week after Mr. Trump authorized the harsher sanctions. Asked if Canada has made any other statements about the sanctions, Mr. Babcock cited a news release in March, 2019, which contained a similarly phrased statement that ICC personnel “should not be targeted for the important work that they do.”

Mark Kersten, a senior researcher at the Munk School of Global Affairs and Public Policy who specializes in ICC issues, said the tweet by Mr. Champagne was a “meagre response” and seemed to be constrained by “Ottawa’s pervasive fear of Washington’s wrath.”

The U.S. sanctions would be “by far the biggest threat to the court’s ability to function independently, and a direct threat to Canadian citizens,” Mr. Kersten told The Globe.

Unless there is strong resistance from countries such as Canada, the U.S. threat could have a major impact on the ICC’s work by potentially persuading banks to block the court’s funds and salary payments, he said.

“Some diplomatic muscle is required to ensure that these sanctions don’t fundamentally undermine the work of ICC staff and the court itself.”

The Assembly of States Parties, representing the court’s 123 member states, called an emergency meeting of its internal bureau last week to discuss the U.S. sanctions threat. Canada, however, did not participate in the meeting because it is not among the bureau’s 21 members, Mr. Babcock said.

“We will continue to engage with our international partners on this important issue,” he said.

The assembly’s president, O-Gon Kwon of South Korea, said the bureau members “expressed their strong support” for the court. 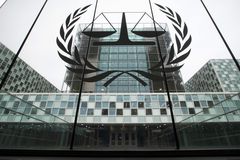 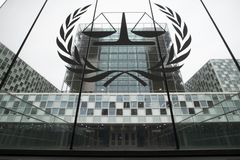 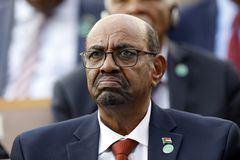