Germany, a poster child for responsible energy, is renouncing nuclear and coal. The problem is, say many power producers and grid operators, it may struggle to keep the lights on.

The country, the biggest electricity market in the European Union, is abandoning nuclear power by 2022 due to safety concerns compounded by the Fukushima disaster and phasing out coal plants over the next 19 years to combat climate change.

In the next three years alone conventional energy capacity is expected to fall by a fifth, leaving it short of the country’s peak power demand. There is disagreement over whether there will be sufficient reliable capacity to preclude the possibility of outages, which could hammer the operations of industrial companies.

The Berlin government, in a report issued this month, said the situation was secure, and shortfalls could be offset by better energy efficiency, a steadily rising supply of solar and wind power as well as electricity imports.

Others are not as confident, including many utilities, network operators, manufacturing companies and analysts.

Katharina Reiche, chief executive of the VKU association of local utilities, many of which face falling profitability as plants close, said the government’s strategy was risky because it had not stress-tested all scenarios. She characterised the plan as “walking a tightrope without a safety net”.

Utilities and grid firms say if the weather is unfavourable for lengthy periods, green power supply can be negligible, while storage is still largely non-existent. Capacity aside, the network to transport renewable power from north to south is also years and thousands of kilometres behind schedule, they add.

Stefan Kapferer, head of Germany’s energy industry group BDEW, said it would be risky to rely on imports. “Conventional power capacity is falling nearly everywhere in Europe and more volatile capacity is being built up,” he told Reuters.

The government rejected such concerns, saying the likelihood of plant crashes or identical weather conditions across Europe was remote.

Regardless of reliability, however, Germany becoming a net power importer would have major consequences for the whole continent, whose power markets are interlinked under EU single market rules - and are dominated by exports from Germany.

The shift comes at a time when nuclear plants in France, another major exporter to the rest of Europe, are ageing fast - meaning it is also increasingly likely to rely on imports.

Searing summer temperatures rising to record levels in parts of Europe highlight a quandary facing the continent: how to phase out the fossil fuels driving global warming, while avoiding power shortfalls in an era when there could be increasing spikes in demand from cooling systems and expanding data centres.

Germany, Europe’s economic powerhouse, should lose 12.5 gigawatts (GW) of coal capacity by 2022 and its final 10 GW of nuclear power, leaving below 80 GW of conventional capacity, according to recommendations from a government-commissioned panel in January.

There will still be nearly enough reliable capacity to meet the country’s peak demand of around 82 GW, with rising green capacity and the option of imports providing a comfortable cushion, economy minister Peter Altmaier said this month.

He was speaking upon the release of a separate government safety monitoring report which said a one-for-one match of supply and demand is unnecessary because overcapacities of 80 to 90 GW in the wider European region provided some leeway for imports into Germany.

However Germany’s four transmission system operators (TSO) estimate there could be a shortfall of 5.5 gigawatts between peak power demand and reliable capacity in 2021, which equates to the supply of electricity to 13-14 million people, and that’s before factoring in the bulk of coal plant closures.

Altmaier’s position is supported by environmental campaigners who say some energy producers were playing up the threat of blackouts to protect their own interests.

“Their motive is obvious,” said Green lawmaker and energy expert Oliver Krischer. “They want to build up pressure to receive payments for capacities which otherwise would have no chance to come to play in the market.”

Some utilities have asked for compensation for the coal exit plan, with RWE , Germany’s largest electricity producer, wanting up to 1.5-billion euros (£1.4 billion) per GW to soften the financial hit of plant closures.

Regardless of who may be right or wrong, German manufacturers say they are worried about the prospect of black-outs or even short outages. They say they can’t afford to lose secure flows of electricity, nor can they survive higher network handling costs that could accompany more unreliable renewables.

“Our aluminium plants need non-stop supply of power at competitive prices and a stable power grid at all times.”

Aluminium maker Hydro Aluminium Rolled Products in Grevenbroich, in the same western German state, said that plants should only be closed once alternatives were in place.

“As an energy-intensive industry, we can only go without conventional energy once renewables are in a position to offer reliable supply,” managing director Volker Backs told Reuters.

North Rhine-Westphalia, also home to other big corporates like E.ON , RWE, Thyssenkrupp and Bayer , accounts for a third of German gross domestic product.

Grid operator Amprion, which operates high voltage lines mainly in that state, says the region will have to rely on power imports from the early 2020s at the latest.

“Secure capacity goes down continuously until 2020 and there could be a deficit even before all nuclear reactors leave the grid,” CEO Klaus Kleinekorte told Reuters.

The problem takes on a European dimension as much of the bloc is following a trend of reducing reliance on thermal plants and switching to renewables.

Over the next 10 years, coal-fired and nuclear power plants with a total capacity of around 100 GW will be shut down in Europe, equivalent to Germany’s thermal power capacity alone, according to grid operator data.

To counter this, hundreds of gigawatts of offshore wind are planned to line European coastlines by the end of next decade, according to the EU’s green expansion plans.

Most industry experts agree the transition is needed to combat climate change, and that within 10 or 15 years there will be substantial renewable generation to provide reliable cover for the continent, on the road to carbon neutrality by 2050.

However, they say, a big question remains: how will Europe struggle through until this happens, keeping the lights on and its businesses competitive? Countries in similar positions can’t all import from each other.

German output accounts for around 20 per cent of the European Union’s electricity, with France another 17 per cent, according to figures from Eurostat, the EU statistics office.

Germany is a net exporter to Austria, Switzerland and Poland and also the Netherlands, which sends some of the power onwards to Britain and Belgium. Thus, if Germany alone was to stop reliably producing surpluses, several parts of the continent could see power shortfalls - and outages - as a consequence.

There have already been warning signs this year as Germany’s net exports in the first half of 2019 fell by 14 per cent. The situation has been exacerbated by a European heatwave that drove demand in France to near record levels in June, curbing its export availability.

Fabian Joas, energy expert at Berlin think-tank Agora, said it would be a difficult road for most of Europe to meet its goal of abandoning conventional energy in coming decades.

“But we will be able in the long run to operate a power system based nearly fully on renewables,” he added. “Everyone who understands the matter agrees on that.”

Power shift: Renewable energy is cheaper than ever, and investors are taking notice Subscriber content
April 15, 2019 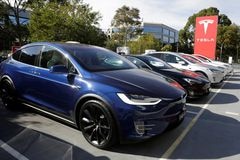