The lower level of Rome’s Fiumicino airport looks more like a medical clinic than a section of Italy’s busiest international terminal.

It is here, behind big blue-and-white signs that read, “Area Test Rapido Covid-19,” that arriving passengers from five countries can take a 30-minute coronavirus test instead of going to a local health authority within 48 hours of their arrival. In mid-September, Fiumicino became the first European airport to test departing passengers, too, starting with trials on Alitalia’s high-traffic Rome-Milan route.

The Rome-Milan trials, which are to last one month, have an ambitious goal. If they work, Aeroporti di Roma (ADR), the city’s airport authority, hopes other airports and airlines will also adopt preflight tests. The idea is to create safe corridors that would eliminate the need for the quarantines that have thrust the travel and tourism industries into deep crisis.

“Our goal is to expand what we call COVID-free flights in partnership with other airlines,” said Carmine Guarino, the Italian Ministry of Health official who serves Fiumicino’s health director. “So far, this experiment is working well.”

The goal of testing arriving passengers is to prevent positive cases from turning into super-spreaders in Italy, which has reported 1,500 to 2,000 new cases a day since late August. At the low point, in the early summer, Italy was seeing only 100 to 200 new cases a day.

Fiumicino is giving rapid antigen tests, which require a rather uncomfortable nasal swab, to all passengers arriving from five “hot spot” countries: Malta, Greece, France, Croatia and Spain. As the European pandemic accelerates, other countries might be added to the list.

The goal of testing departing passengers is to rebuild confidence in air travel, since many people fear it is easy to pick up the virus in airports and on planes. Airlines believe they can fill their planes if they can guarantee that flights are virtually 100-per-cent safe.

Fiumicino airport is mostly locked down. Only one of its three terminals – Terminal 3 – is open, and all departing passengers are required to file through one entrance, where their tickets and temperatures are checked. Only ticket holders are allowed into the building.

Passengers for Alitalia’s two daily Rome-Milan “COVID-free” flights (the airline runs seven flights a day between the two cities) are funnelled into a fast lane, where they might have their temperature taken by roving medics wearing a dark “smart helmet.” The helmet is equipped with a thermal scanner that can detect abnormal temperatures anywhere on the body, not just the forehead.

The next step is the nasal swab antigen test. The tests detect the presence of viral proteins and are becoming popular because they are inexpensive and produce results quickly, usually within half an hour, like a pregnancy test (similar tests are used to test for influenza, strep throat, tuberculosis and other infectious diseases).

The antigen tests can reveal an active infection. The problem is that their accuracy is not certain. The health officials at Fiumicino estimate the swabs are accurate about 90 per cent of the time. Italian microbiologist Andrea Crisanti, who is advising the Italian government on mass COVID-19 testing, has said that rapid tests will spot the virus three or four days after the onset of infection, whereas the slower, traditional tests can do so after about two days.

If a positive result is obtained, the passenger is given a second test, this time a traditional molecular deep-nasal swab. The results are usually produced within 24 hours, and the passenger has to be isolated either in their home or in a quarantine hotel near the airport while awaiting the results. The cost of the test and the hotel are paid for by the regional government of Lazio.

“The tests are going really well,” said Fabrizio Rossi, the vice co-ordinator of Lazio’s special COVID-19 health unit. “You just have to show up at the airport about an hour earlier than you would normally do.”

The health unit at Fiumicino tested 10,880 arriving passengers in the second half of August, detecting 126 positives – 1.16 per cent – all of whom were asymptomatic: They had no fever, no cough and their senses of taste and smell were intact. In the first 27 days of September, 8,322 tests detected 78 positives, equivalent to 0.94 per cent. The September tests included those given to Alitalia passengers headed to Milan.

Departing passengers can also get free tests at Rome’s drive-in centres, including the one in Fiumicino’s parking lot. The drive-in tests must be done within 72 hours of the flight.

The ADR says more convenient saliva tests are coming, although the agency does not have a launch date. They are undergoing trials at the Lazzaro Spallanzani National Institute for Infectious Diseases in Rome.

Fiumicino’s experiment is being closely watched by airlines and airports around the world. The airport won the “COVID-19 5-star Airport Rating” this month from Skytrax, a British airport rating and assessment company. 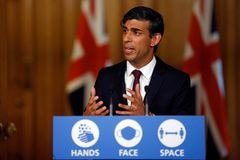 Fear of a repeat of spring’s brutal lockdown is keeping the Italian pandemic in check
September 24, 2020 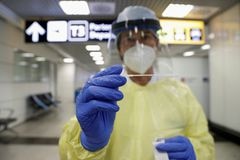 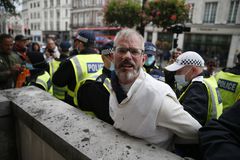