Russia looks headed for up to 16 more years of Vladimir Putin’s authoritarianism, after the country’s parliament adopted constitutional changes Tuesday that would reset the clock on his time in the Kremlin and allow him to get around a prohibition on serving more than two consecutive terms.

The fact that Russia is already under de facto one-man rule could be seen in the choreographed way Tuesday unfolded. The changes were proposed by a member of a pro-Putin party, then unanimously passed into law by the Duma – as Russia’s parliament is known – within a matter of hours, after Mr. Putin made a surprise visit to show his support for the elimination of term limits.

The Russian President is consolidating his power as Russia, embroiled in conflicts in Ukraine and Syria, is bracing for the possibility of a sharp economic downturn. The ruble plunged almost 10 per cent Monday before recovering slightly Tuesday amid an oil price war with Saudi Arabia.

Until Tuesday, the 67-year-old Mr. Putin – who has been either president or prime minister since before the turn of the century – was barred from running again for the presidency in 2024, when his six-year term expires. Forty-seven years old when an ailing Boris Yeltsin first installed him as the country’s acting president, Mr. Putin could now still be in office when he’s 83. Such a reign would see him surpass Joseph Stalin to become Russia’s longest-serving ruler since Peter the Great.

The only remaining hurdle is an April 22 referendum on a raft of proposed changes to the constitution. The Kremlin is expected to easily win the vote against scattered opposition.

While there has long been speculation that Mr. Putin intended to remain in the Kremlin beyond 2024, Tuesday’s moves nonetheless came as something of a surprise. Under the proposed constitutional changes, which Mr. Putin put forward in January, the presidency will be weakened, with more power given to the Duma and an unelected body, the State Council.

However, Tuesday’s events demonstrate that the Duma, in its current form, poses little challenge to Mr. Putin. The motion to extend Mr. Putin’s time in office was initially proposed by Valentina Tereshkova, a member of the United Russia party, which is by far the biggest faction in parliament and has no agenda other than to support Mr. Putin.

After Ms. Tereshkova made her proposal, Duma Speaker Vyacheslav Volodin said Mr. Putin needed to be consulted on such a dramatic change. Shortly afterward – and clearly unsurprised by what was unfolding – the President appeared to lend the motion his support.

Without naming them, he pointed to “neighbours” that had removed their presidential term limits, a reference that could have applied to China, where the Communist Party has cleared the way for President Xi Jinping to remain in office beyond the end of his term in 2023, or former Soviet republics such as Belarus, Kazakhstan and Azerbaijan.

In 2008, at the end of his first two terms as president, Mr. Putin flipped jobs with his ally Dmitry Medvedev, becoming prime minister while Mr. Medvedev assumed the presidency. Mr. Putin reportedly chafed at his reduced power and seems unwilling to repeat the experiment.

Sergey Utkin, the head of strategic assessment at the Primakov Institute of World Economy and International Relations, said Tuesday’s changes did not mean Mr. Putin intended to run again for president in 2024 – only that he was giving himself the option of doing so.

“People [have] started speaking about Putin till 2036, but he himself … doesn’t know the circumstances – including his health condition – years into the future,” Mr. Utkin said. “His primary concern probably was to avoid him becoming the lame duck constrained by the constitution in the next few years.”

Sergey Markov, a Kremlin-connected political analyst who previously served as a United Russia MP, told The Globe and Mail that Mr. Putin wasn’t planning to retain power for life – but did intend to remain in power until the end of Russia’s conflict with the West. “If the U.S. and EU stop the war against Russia, Putin will leave the post,” Mr. Markov said, referring to the economic sanctions imposed on the country to punish it for its annexation of Crimea in 2014.

Others, however, said they could clearly see the writing on the wall. “All is clear,” Alexey Navalny, Russia’s top opposition figure, posted on his Twitter account. “Putin will be president for life.”

Mr. Navalny predicted the Kremlin will prevent mass demonstrations around the April 22 referendum by using the threat of the coronavirus to ban public gatherings – even though there have only been 17 confirmed cases so far in Russia. 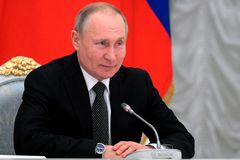 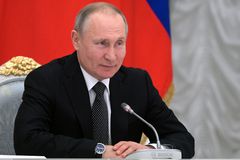