Russian intelligence services have been spreading disinformation about the coronavirus pandemic, according to newly declassified intelligence, material that demonstrates how Moscow is continuing to try to influence Americans as the election draws closer.

Russian military intelligence, known as the GRU, has used its ties with a Russian government information center, InfoRos, and other websites to push out disinformation and propaganda about the pandemic, such as amplifying false Chinese arguments that the virus was created by the U.S. military and articles that said Russia’s medical assistance could bring a new détente with Washington.

The disinformation efforts are a refinement of what Russia tried to do in 2016. The fake social media accounts and bots used by the Internet Research Agency and other Russia-backed groups to amplify false stories have proved relatively easy to stomp out. But it is far more difficult to stop the spread of news articles that appear on websites that appear legitimate, according to outside experts.

“Russian intelligence agencies are taking a more central role in disinformation efforts that Russia is pushing now,” said Laura Rosenberger, the director of the Alliance for Securing Democracy. “It is not the blunt force” of the operations mounted by the Internet Research Agency.

Two American officials described the newly declassified intelligence but would not provide the underlying reports about the activities of the GRU and the SVR, Moscow’s equivalent of the CIA. They discussed the information on the condition of anonymity.

While the disinformation efforts outlined by U.S. officials Tuesday were focused on the pandemic, security researchers said Russia continued to push disinformation on a variety of topics.

Facebook has begun labeling stories that appear on state-sponsored news sites like RT and Sputnik. But it is harder for the social media companies to identify and label news stories that are put on conspiracy-minded sites, according to experts.

U.S. government officials mostly described disinformation focused on the pandemic, but they also outlined ties between Russian intelligence and a think tank that had published articles on politics.

In May, the foundation published an article critical of Evelyn Farkas, a former Obama administration official who lost a June primary race in New York for a seat in Congress.

Farkas said the Russians were continuing to repeat their efforts from 2016 to try to influence the election.

“They want to sow dissent and reduce confidence among Americans in our democracy and make democracy look bad worldwide,” Farkas said. “They want to prevent people who are tough on Russia from coming into power.”

Michael Averko, a contributor to the foundation, did not return a request for comment, but he said in a recent mass email to reporters that he had been visited by the FBI. Averko said he told the FBI that he did not know about any ties between the foundation and Russian intelligence, but that he doubted they existed.

Neither OneWorld.Press nor GlobalResearch.ca returned requests for comment. But OneWorld has denied that it spreads disinformation or is an arm of the Russian state, and insisted it was responsible for what people wrote on its platform.

“It isn’t ‘foreign interference’ for people to share their views about their own countries or the rest of the world on a foreign platform,” the site wrote in response to a BBC report.

American intelligence officials said the GRU’s psychological warfare unit, known as Unit 54777 or the 72nd Special Service Center, was behind the propaganda campaigns that were often designed to obscure Moscow’s role in creating it. A 2018 report in The Washington Post tied InfoRos to the GRU’s Unit 54777.

U.S. intelligence reports have identified two Russians, Denis V. Tyurin and Alexander G. Starunskiy, with ties to the GRU and who make sure the messaging and disinformation crafted by the intelligence officials are pushed by InfoRos and on InfoBrics.org and OneWorld.Press.

Russian officials did not immediately return a request for comment.

Tyurin and Starunskiy, the American officials said, were in essence involved in a kind of information laundering, akin to money laundering. They take the messages from Russian intelligence and spread them on InfoRos, OnePress or another website.

The material created by the GRU is then picked up by other websites that further spread it. Those websites are often on the fringes of the web, while some, like Global Research, have a significant following, American officials said.

The stories pushed by Russian intelligence appear to be written by native English speakers and do not stand out as products of a foreign influence campaign, American officials said.

Between late May and early July, about 150 stories on the pandemic were published by the Russian intelligence-backed effort, American officials said.

OneWorld published articles about how the pandemic was an experiment in manipulating the world. InfoRos published an article, also published by Tass news agency, that said the United States was using the pandemic to impose its view of the world, according to American officials. InfoBrics.org published reports about Beijing’s contention that the coronavirus was originally an American biological weapon.

The EU DisinfoLab, an independent nonprofit organization, has previously linked OneWorld, InfoRos and a French-language site to Russian propaganda efforts.

While the specific sites may not receive much traffic, American officials believe the disinformation written by Russian military intelligence is amplified, sometimes intentionally, sometimes unwittingly.

Tracking the effect of Russian disinformation is difficult. While documents stolen and published by Russian intelligence agencies had an important effect on the 2016 presidential campaign in the United States, the social media posts do not seem to have been as effective.

But propaganda and disinformation published on alternative news sites, like OneWorld or Global Research, may have more traction, some researchers believe.

“What we have seen from GRU operations is oftentimes the social media component is a flop, but the narrative content that they write is shared more broadly through the niche media ecosystem,” said Renee DiResta, a research manager at the Stanford Internet Observatory, who has studied the GRU and InfoRos ties and propaganda work. 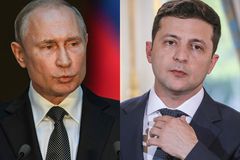 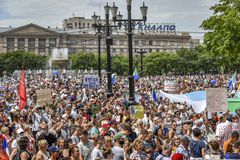