Three people were killed and six others injured Wednesday when a passenger train derailed in northeast Scotland after heavy rain and flooding hit the area.

The train driver was believed to be among the dead, British Transport Police said. The Rail, Maritime and Transport union said that the train conductor was also believed killed. Formal identification has yet to take place. Six people were hospitalized, but their injuries are not considered serious.

Images from the scene show that several cars of the four-carriage train had left the tracks and one had tumbled down an embankment. Smoke was seen billowing from the wreck. Air ambulances and coast guard helicopters came and went as the rescue operation unfolded.

Prime Minister Boris Johnson said a police investigation aims to find out what caused the derailment and ensure “nothing like this happens again.”

“As I understand there was about a month’s worth of rainfall in a very short period which undoubtedly aggravated the problem there,” he added.

Torrential rain had caused flooding and travel disruptions in Scotland, and on Wednesday morning Network Rail Scotland tweeted warnings of a landslip affecting services in the area.

It was not clear how many people were on the train, an early morning ScotRail service from Aberdeen to Glasgow.

British Transport Police chief superintendent Eddie Wylie said the derailed train was not a busy service, “and from (closed circuit television) inquiries and witness statements we believe all passengers have been accounted for.” 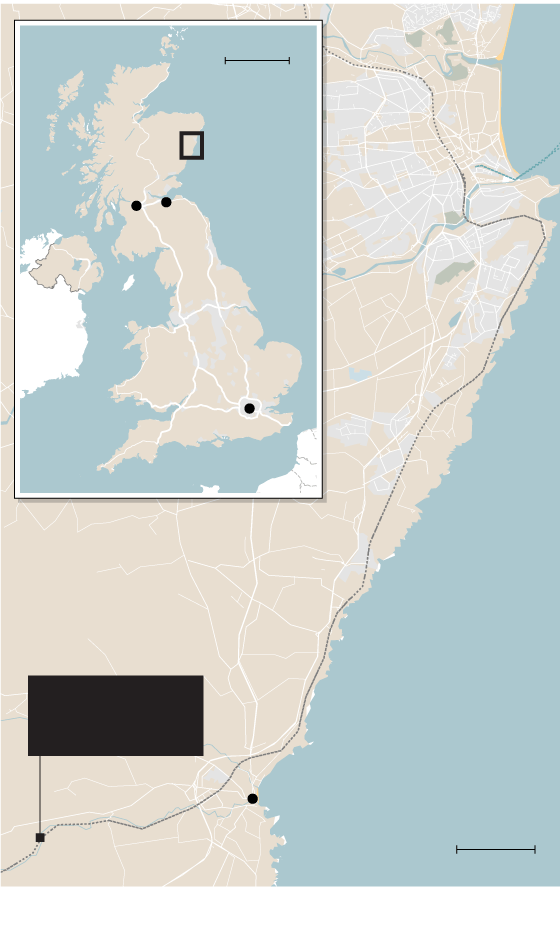 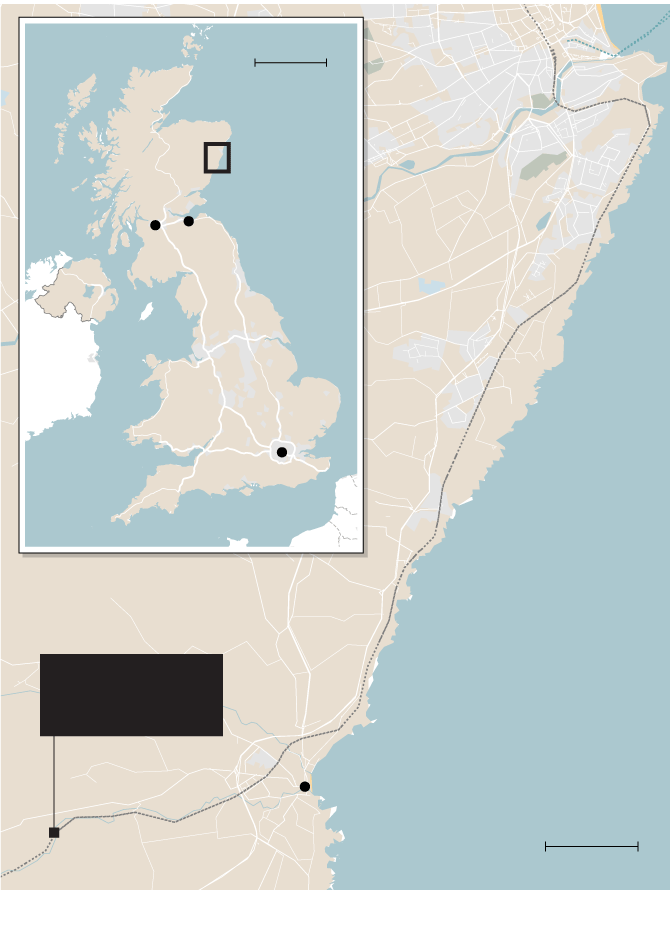 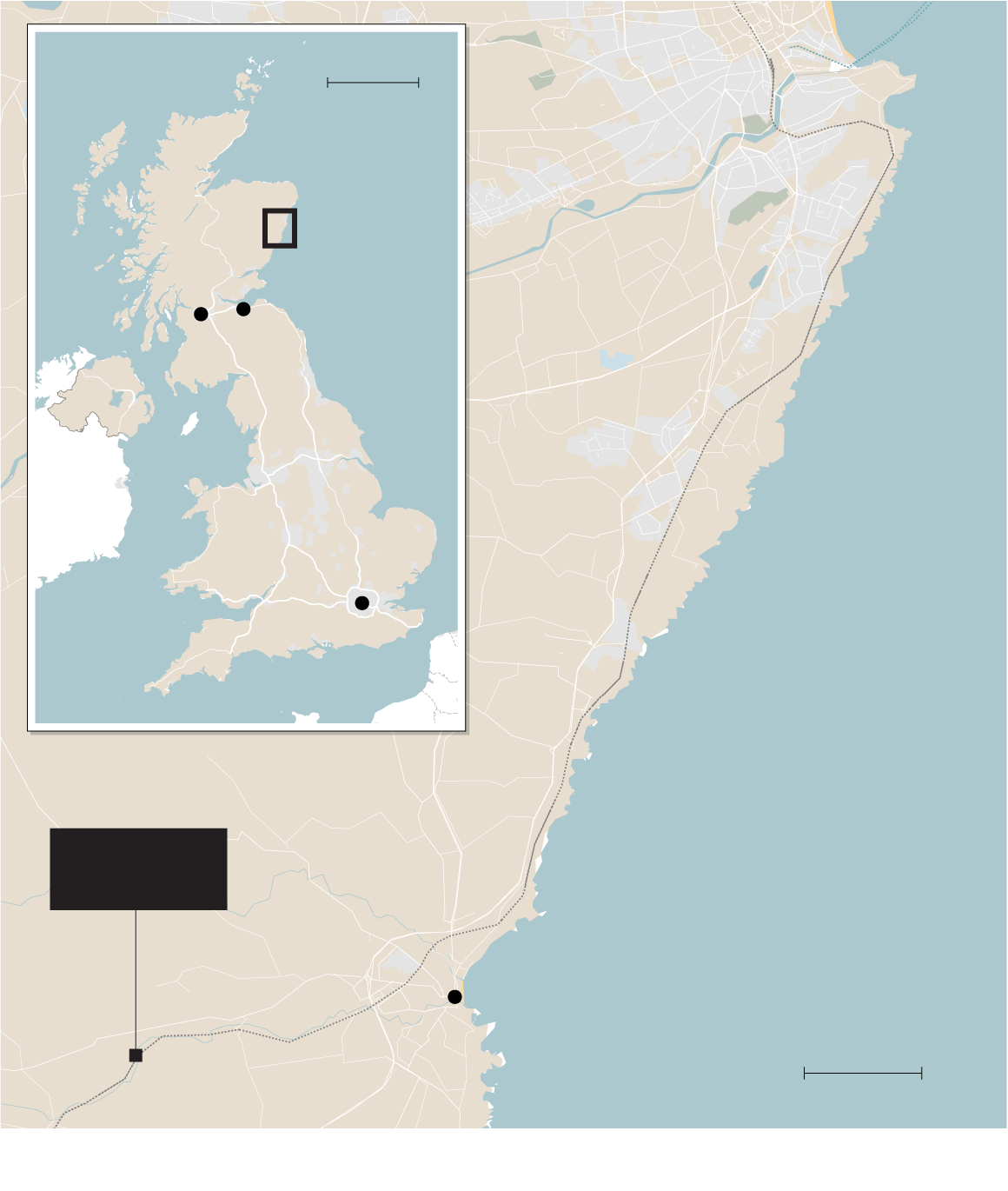 “However, once the area has been made safe, then a full and thorough search will be conducted, which is likely to take some time,” he said.

Scottish First Minister Nicola Sturgeon described the derailment as a “major? incident and said she would be convening an emergency response meeting.

The transport police said officers were called at 9:43 a.m. (0843GMT) to the railway line near the coastal town of Stonehaven, about 100 miles (160 kilometres) northeast of Edinburgh and south of Aberdeen.

“The situation was really bad this morning. The River Carron, the main river which flows through it, had burst its banks, and the heavy rain had caused flooding in the centre of Stonehaven and lots of the side streets leading off it,? he said.

Bowie added that the water had receded and it was unclear if flooding was connected to the derailment.

“We obviously don’t know why the derailment took place, but obviously we have suffered terrible weather here,” he said.

Serious train accidents are rare in the U.K. The country’s last fatal derailment was in 2007.

Queen Elizabeth II sent a message of condolence, saying “it was with great sadness that I heard of the train derailment.” She added that the entire royal family joined her in sending thoughts and prayers to the families of those affected.

The head of Network Rail cut short a family vacation to return to the UK. The chief inspector of railways, Ian Prosser, said inspectors were at the site and assisting in the preliminary investigation.

View more suggestions in Following Read more about following topics and authors
Report an error
Due to technical reasons, we have temporarily removed commenting from our articles. We hope to have this fixed soon. Thank you for your patience. If you are looking to give feedback on our new site, please send it along to feedback@globeandmail.com. If you want to write a letter to the editor, please forward to letters@globeandmail.com.
Comments