Soldiers have occupied hospitals, turning some of them into military bases, while destroying others by smashing doors and windows, dumping supplies of medicine, vandalizing equipment such as ultrasound machines and throwing patient files across the floors, the doctors say.

“The attacks on Tigray’s health facilities are having a devastating impact on the population,” Oliver Behn, the general director of Médecins Sans Frontières (MSF, or Doctors Without Borders), said in a statement Monday.

While some of the damage was caused by the war that began in Tigray in November, much of it was deliberately inflicted by Ethiopian and Eritrean soldiers, some of whom are still looting and occupying hospitals in Tigray today, MSF said in a new report.

The report is the latest evidence of a humanitarian disaster that escalated when Ethiopia and Eritrea sent their troops into the region in early November. The situation is “extremely dire,” according to a report released Monday by the United Nations humanitarian office.

There are mounting fears of ethnic cleansing in the region. Tens of thousands of people have been displaced from Western Tigray, “allegedly on ethnic grounds,” and there are reports of ethnically motivated violence and forced displacement, the UN report said.

Despite government promises of full access, humanitarian agencies are finding it difficult to reach almost a million people who need urgent assistance, it said.

The UN and MSF reports sharply contradict the Ethiopian government’s official claims. On Monday, the government said Tigray’s basic services have “immensely improved” and that 75 per cent of its hospitals are now operational, with other hospitals merely carrying out “maintenance work.”

The MSF report, supported by photos of the destruction, described a “widespread attack” on clinics and hospitals across Tigray, including large-scale looting and vandalism to render them non-functional.

Of the 106 health care facilities visited by MSF teams from mid-December to early March, almost 70 per cent had been looted, about 20 per cent were occupied by soldiers and only 13 per cent were functioning normally, the report said.

Mr. Behn, in a tweet Monday, described how he entered one health care centre and found himself walking over layers of drugs, medical material and laboratory reagents that had been thrown on the floor. The centre had been “maliciously vandalized,” and hate slogans were scrawled on the wall, he said.

One clinic in central Tigray, in the town of Semema, was looted twice by soldiers and then set on fire, MSF said. A hospital in the same area, serving a population of half a million, was occupied by Ethiopian forces until early March. And a clinic in east Tigray was seized by Eritrean soldiers who used it as their base, the report said.

Most hospitals and clinics have no ambulances left because the vehicles were seized by soldiers, it added.

In the city of Adigrat in east Tigray, for example, about 20 ambulances were seized from a hospital and nearby clinics, and MSF teams later saw soldiers using the vehicles to transport goods near the border with Eritrea.

As a result, patients sometimes walk for days to reach essential health care. Some women have died in childbirth because they were unable to reach a hospital.

“Before the conflict began in November, Tigray had one of the best health systems in Ethiopia,” the MSF report said.

“This health system has almost completely collapsed,” it said. “Many health facilities have few – or no – remaining staff. Some have fled in fear; others no longer come to work because they have not been paid in months.” 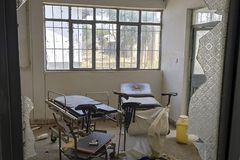 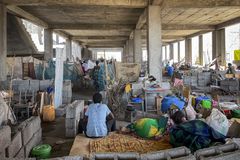 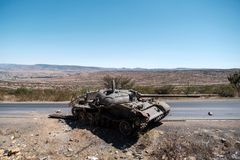