A batch of more than 140 pardons and sentence commutations in the final hours of Donald Trump’s presidency highlighted the growing politicization of clemency, divorced from the initial goals of mercy and serving the public good.

Mr. Bannon and others face charges of fraud in connection with fundraising for the wall between the United States and Mexico, which Mr. Trump had promised to expand. He has not had a trial yet. (An unusual feature of presidential pardons is that they can happen before guilt has been established.) Mr. Manafort, Mr. Stone and Mr. Flynn were convicted in connection with the 2016 campaign’s ties to Russia. Their pardons were a way of saying that those prosecutions were politically motivated and wrong, a purpose not apparent in the Bannon pardon, said David Landau, a professor and associate dean of international programs at Florida State University College of Law.

“The alleged Bannon crimes are less tied to the core political activities of the Trump administration than those of some others (Flynn; Stone; Manafort),” Prof. Landau said in an e-mail to The Globe and Mail. “But the fact that he was pardoned and his co-defendants appear to have been left out suggests the use of the pardon power as a political tool to wipe away criminal processes involving allies, not as a mechanism to correct unjust convictions or to grant clemency for an extraordinary reason.”

Mr. Trump is not the first president to use pardons to reward political allies. George H.W. Bush, Bill Clinton and George W. Bush all used clemency inappropriately to help their executive branch officials and excuse financial contributors and aides, Jeffrey Crouch, a U.S. politics professor at American University in Washington, wrote in “Presidential Misuse of the Pardon Power,” a 2008 article published in Presidential Studies Quarterly. (Mr. Clinton’s 2001 pardon of donor Marc Rich, on tax-fraud charges, was investigated by a federal prosecutor.)

But the degree of politicization has increased, legal observers say.

Mr. Trump “seems to give clemency more frequently to prominent Republicans, his supporters, and people with connections to the president or his allies. He has not pardoned many average people who lack the means to reach him directly,” Prof. Crouch said in an e-mail to The Globe.

Following the lead of his predecessor, Barack Obama, Mr. Trump did, however, pardon some non-violent drug offenders. He also pardoned Lil Wayne, a rapper and supporter, on a gun charge, and Albert Pirro, the ex-husband of a Fox News anchor, on tax-evasion charges.

Clemency began as a power of the king in medieval England. It lives on in Canada through record suspensions, formerly known as pardons, available to offenders who complete prescribed periods of lawful behaviour after finishing their sentences. A criminal conviction review is also available through the justice minister’s office to those who claim a miscarriage of justice. And there is a royal prerogative of mercy exercised by the governor-general on the advice of cabinet.

“We don’t have that history of flamboyance around the pardon program,” Toronto lawyer Frank Addario said. “It’s seen as one of those hands-off areas for politicians.”

The founders of the U.S. Constitution intended clemency as a check on the federal judiciary, Prof. Crouch said.

“Alexander Hamilton wrote ... that the two acceptable reasons for granting a pardon are to show mercy to an individual who is unfairly punished or to serve the public good,” he said.

There are few limits: “The crime being pardoned must be committed, it must be a federal offense, and the pardon can’t be used to stop or undo an impeachment. Beyond that, the pardon power is quite broad. Presidents are checked in their pardoning decisions by how their presidencies would be viewed in the future, by the threat of impeachment, and by the risk of being voted out of office,” Prof. Crouch said.

Why did Mr. Trump not pardon himself or members of his family, pre-emptively, to cover potential criminal charges? In part, Prof. Landau said, because it would have looked bad, and hindered a potential political comeback, or any political careers of his family members. Or it might have cost him votes in his Senate impeachment trial, Prof. Landau and Prof. Crouch said.

Prof. Crouch published an opinion piece in The Washington Post on Wednesday suggesting that a secret self-pardon, which some people have speculated about, would probably be unconstitutional.

“The very idea of a ‘secret pardon’ undermines presidential accountability, and I have to believe the framers of our Constitution would not approve for that reason,” Prof. Crouch told The Globe. 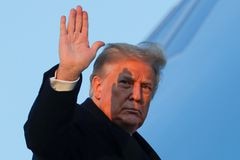 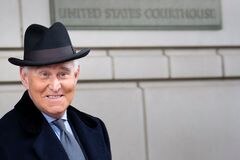