After months of urging people to return to work, schools and pubs, British Prime Minister Boris Johnson has abruptly changed course and ordered the country to rein in some social behaviour in order to help slow a surge in COVID-19 infections.

On Wednesday, Mr. Johnson announced that all gatherings of more than six people will be illegal as of Monday, with limited exceptions. He also said new COVID-19 marshals will patrol city centres to ensure the rules are enforced, and he cast doubt on plans to allow more people into stadiums and conference centres next month.

“I wish that we did not have to take this step. But as your Prime Minister, I must do what is necessary,” Mr. Johnson said during a televised press conference. “These measures are not another national lockdown. The whole point of them is to avoid a second national lockdown.” Mr. Johnson gave no indication as to when the restrictions will be lifted, but health officials said they could be in place for many months.

The Prime Minister’s sombre tone came as the country has been grappling with a spike in COVID-19 infections similar to what’s been seen in France, Spain and several other countries in Europe. The number of daily cases has topped 2,000 every day this week, the highest level since May. In the last week, the rate of infections has climbed from 12.5 for every 100,000 people to 19.7. 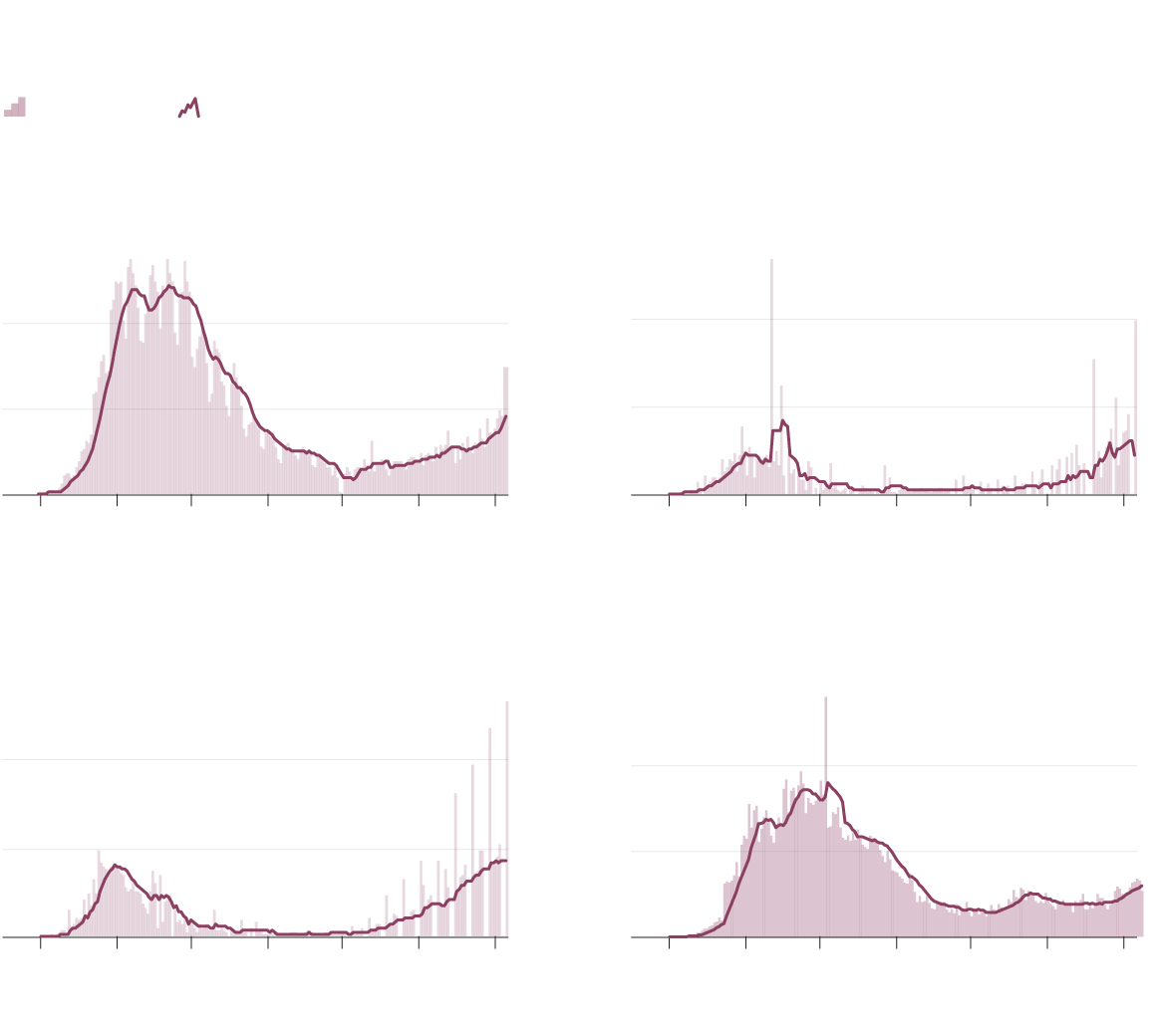 “This is not just increased testing, this is a real phenomenon,” said Chris Whitty, England’s Chief Medical Officer. He added that while hospitalization rates and death totals have remained low, that could change if the infection spreads from younger age groups to older people.

A similar pattern has been seen in Spain, which recorded 260 COVID-19 cases per 100,000 in the past 14 days, according to the European Centre for Disease Prevention and Control. That was the highest infection rate in Europe. France was second at 130 cases per 100,000 over the same time period while Britain had 37.

Mr. Johnson has been criticized for being too slow to react to the pandemic when it hit the country last March and too eager to reopen the economy this summer. The government’s testing program has also been called into question because of insufficient laboratory capacity, which has forced some people to drive hundreds of kilometres to get tested. And the rules surrounding physical distancing have been vague and largely ignored. Police were only recently given the power to break up gatherings of more than 30 people.

On Wednesday, Mr. Johnson tried to balance growing concern about the spread of the virus with his desire to keep the economy open. He said schools and workplaces will be exempt from the six-person rule and added that people can still go to pubs so long as they stick to groups no larger than six once inside. He also pointed out there have been few infections in schools since children returned to classrooms last week; most universities have yet to resume classes.

Mr. Johnson has also put faith in a novel testing program that he hopes will soon make it possible for anyone to take a pregnancy-style COVID-19 test and get the results back within minutes. “We’re hoping the 'moonshot’ approach will work and we will be able to deliver mass testing, which will give people the freedom pass, the ‘laissez-passer,’ the knowledge that they are not infectious and can hang out with other people who are not infectious in a pre-COVID way,” he said on Wednesday, adding that a pilot program will begin this fall.

But health experts said the technology doesn’t yet exist and could take months to develop. “The Prime Minister’s suggestion that this will be as simple as ‘getting a pregnancy test’ that will give results within 15 minutes, is unlikely if not impossible in the timescale he was suggesting to get the country back on track,” said Dr. David Strain, clinical senior lecturer at the University of Exeter.

Mr. Johnson is also hoping that a vaccine can be found and Britain has invested heavily in a drug that’s being developed by researchers at Oxford University and AstraZeneca PLC. It’s considered to be the most promising of the 200 vaccine projects around the world, but advanced trials had to be halted this week after one volunteer became sick. Researchers are trying to find out the cause of the illness and they expect to resume testing soon.

Sir Patrick Vallance, the government’s chief scientific adviser, said that while the Oxford trials have shown some promise, he didn’t expect a viable vaccine until next year. “We need to find out whether theses vaccines are safe,” Sir Patrick told the press conference. “That is the critical importance of doing these studies and why it’s wrong to just jump over those stages and approve a vaccine on hope.”