The pandemic could double the number of people facing hunger by the end of the year unless developed countries and humanitarian agencies move fast to prevent food production and supply lines from collapsing in vulnerable countries, the United Nations has warned.

The UN’s World Food Programme said Tuesday that as many as 265 million people around the world face “acute food insecurity” as the pandemic hits poor countries. In 2019, the number of people who did not know where their next meal would come from was estimated at 135 million in 55 countries and territories.

“COVID-19 is potentially catastrophic for millions who are already hanging by a thread," said WFP chief economist Arif Husain. “It is a hammer blow for millions more who can only eat if they earn a wage. Lockdowns and global economic recession have already decimated their nest eggs. It takes only one more shock, like COVID-19, to push them over the edge.”

The low-income countries of sub-Saharan Africa and Southern Asia, where food insecurity was rising even before the pandemic, are particularly vulnerable.

The WFP’s warning came as the UN’s other food agencies – including the Food and Agriculture Organization – the European Union, the U.S. Agency for International Development (USAID) and a dozen other humanitarian and development groups published their annual Global Report on Food Crises. The report is limited to data from 2019 – before the start of the pandemic – but still provides a stark warning about COVID-19’s potentially devastating impact on food security.

It says the 55 regions that are home to food-insecure people “face an excruciating trade-off between saving lives and livelihoods or, in a worst-case scenario, saving people from the coronavirus to have them die from hunger.”

The disease adds a new element of danger to the effects of conflict (such as the war in Yemen), climate change and economic crises that were already hurting the ability of the poor to feed themselves in food-insecure regions such as the Democratic Republic of the Congo, Afghanistan, South Sudan, northern Nigeria and Haiti.

The pandemic could disrupt food supply and demand – even in wealthy countries, which are having trouble recruiting seasonal agricultural workers from locked-down countries.

The Canadian government, in a statement on Tuesday, said it is co-operating with the governments of Italy, Brazil and Egypt to push for international action to ensure that trade measures don’t restrict the flow of food and agricultural supplies across borders. “Open, transparent and predictable trade is critical to keep food supply chains going and prices stable,” the four governments said.

Low-income farmers, truck drivers and market workers in rural areas in poor countries are especially vulnerable to illness and quarantine measures, which prevent them from doing their jobs. Even farmers with fairly large farms are not necessarily self-sufficient, because they may grow only one or two crops and have to buy other products, such as dairy and poultry, to feed themselves. A collapse in income would prevent them from buying seeds and farm equipment and paying labourers.

The Ebola epidemic in West Africa in 2012 prevented farmers from cultivating more than 40 per cent of the land in affected areas, according to USAID’s Agrilinks information service. Shortages meant rice prices rose 30 per cent in Guinea, Liberia and Sierra Leone.

The pandemic has already triggered sharp increases in local food prices in some African countries, largely because of weaker currencies and severe transport problems as a result of lockdowns and border closures. This is happening at a time when many farmers are already struggling with droughts, floods and, in East Africa, a devastating locust outbreak that continues to wreak havoc across the region.

“The convergence of all these sets the stage for an imminent food crisis – unless measures are taken to mitigate the impact of the pandemic,” African Development Bank researchers said in a statement Friday.

In Nigeria, the price of rice is up 30 per cent since January, largely due to panic buying, rising global prices and transport restrictions for farmers and traders, the bank said.

In countries such as Uganda and Zimbabwe, there are widespread reports of increasing food prices, largely due to the travel restrictions. In South Africa, the price of a basket of basic food items jumped 6 per cent from March to April. In Rwanda, the government decided to regulate food prices, fixing them for 17 items such as rice and cooking oil, after a wave of panic buying in March.

The World Bank, in a report this month, warned that the pandemic “has the potential to create a severe food security crisis in Africa.”

Because of trade blockages, it said, agricultural production could decline by as much as 7 per cent this year. And food imports could fall as much as 25 per cent because of higher transaction costs and reduced demand.

“Local agri-food supply chains are already experiencing disruptions, including reduced access to inputs and services, labour movement, transport and roadblocks, and credit or liquidity,” the World Bank said. “This comes on top of the global supply chain disruptions such as export bans that affect local African food security in importing countries.”

The bank is predicting that sub-Saharan Africa this year will suffer its first recession in a quarter-century, with its economy slumping 5.1 per cent.

Some UN and humanitarian agencies are already committing funds to ensure adequate food supplies in areas hit by the pandemic. The UN’s International Fund for Agricultural Development this week launched a US$40-million fund to support farmers in rural areas. In Senegal, where weekly markets and slaughterhouses have been closed and curfews are in place, the IFAD is spending US$6-million to provide food kits and subsidies paid through smartphones. 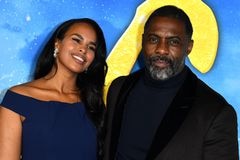 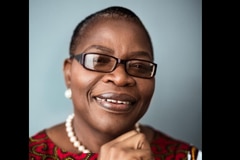 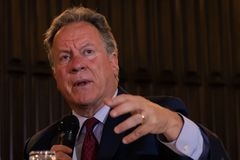