With new attention on the origins of the coronavirus, experts and officials Sunday called on China to provide greater transparency and speed inquiries into whether the devastating pandemic began with a leak from a lab.

“There’s going to be COVID-26 and COVID-32 unless we fully understand the origins of COVID-19,” Peter Hotez, dean of the National School of Tropical Medicine at Baylor College of Medicine and co-director of the Texas Children’s Hospital Center for Vaccine Development, said on the NBC program “Meet the Press.”

On Wednesday, President Joe Biden ordered U.S. intelligence agencies to “redouble their efforts” to find out where the virus originated, giving them 90 days to examine two theories: that the virus was accidentally leaked from a lab in China or that it was first transmitted from animal to humans outside a lab. Suspicions have focused on the Wuhan Institute of Virology, which long gathered bat viruses and whose laboratories conducted experiments on them. It is based in the city where the coronavirus first emerged.

An investigation this year by the World Health Organization largely dismissed the possibility that the virus escaped from the institute, but many critics faulted the effort as lacking the wide access necessary to determine its origins.

Biden has said he hopes the investigation he has ordered, which will include unexamined intelligence, will bring the United States “closer to a definitive conclusion” about the virus. He has committed to releasing the report publicly.

Hotez on Sunday said the inquiry might not yield much new information because the United States had already “pushed intelligence about as far as we can.” He suggested that the world needed a sweeping new scientific search for outbreak answers, especially in China.

“There’s a lot going for natural origins,” he said of the leading theory, but an independent team of scientists, public health researchers and virologists would need to work in China for a period of six months to a year so the world can “fully unravel the origins of COVID-19.” The team would have to interview scientists and scrutinize their lab notebooks in order to investigate the possibility of a lab leak, he said.

Asked if that could be done without China’s co-operation, Hotez said no. “I think we have to really put a lot of pressure on China,” he said, including possible sanctions, to secure “unfettered access” for a team of top scientists.

Chinese state media outlets continued to deliver a defiant response to such calls. On Sunday, an editorial in Global Times, a Chinese news site that echoes Beijing’s line, ridiculed Biden’s push for new intelligence and called any findings “preset” to be a laboratory in Wuhan. U.S. intelligence agencies, it said, “do not have superior research capability” than WHO, or more information.

“What they will get in the end is nothing but political,” the editorial said.

Matthew Pottinger, who served as deputy national security adviser to former President Donald Trump, presented a contrast to Hotez in assessing the prospects of Biden’s investigation.

“I think that there’s actually an enormous amount that could come out,” Pottinger said, also on “Meet the Press.”

He said Biden’s call for a fresh look at the evidence and the intelligence could prompt scientists in China to step forward – even at the risk of angering Beijing.

“If this thing came out of a lab, there are people in China who probably know that,” he said, adding that the new initiative “might provide moral courage to many of these ethical scientists in China, for whom I think this is weighing on their consciences. I think that we’re going to see more information come out as a result of this inquiry.”

“We,” he said, “have signals intelligence and human and other forms of intelligence” that, while not certain in nature, suggest a lab leak is “more likely than not.”

That was in contrast to an earlier report that federal officials had intercepted no such communications in China that provided any strong evidence of the theory. Collecting so-called signals intelligence – electronic communications or phone calls – is notoriously difficult in China. New COVID-19 variant combining those associated with India and U.K. found in Vietnam
May 29, 2021 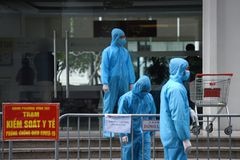 Australia says citizen is in arbitrary detention in China
May 28, 2021 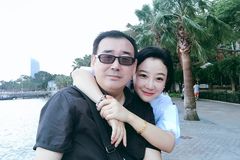