Lebanon goes to the polls for the first time in nine years on May 6, and the election has put the entire region on tenterhooks. Will the outcome change the geopolitical calculus between Iran and Saudi Arabia, the two archrivals who are trying to turn Lebanon into a proxy state?

The small Mediterranean country, with a population of six million, including nearly two million Syrian and Palestinian refugees, has been in the middle of a power struggle between Iran and Saudi Arabia for many years, testing its avowed neutrality. Lebanon’s Iran-financed Hezbollah fighters are on eternal war alert with Israel. Europe and the United States are keen to keep Lebanon intact. It is the only Arab democracy in the Middle East. The success of the election – and the formation of a durable, inclusive government – is not just crucial for the stability of ever-fragile Lebanon, it is essential for the stability of the Middle East.

Only a few months ago, there was a good chance the election would face yet another delay. How did it get back on track?

Saad Hariri, the Lebanese Prime Minister, came back – that’s how. You might remember that he mysteriously vanished from Beirut on Nov. 3, only to surface the next day in Riyadh, where he announced his shock resignation on Saudi Arabian TV (born in Saudi Arabia, he has Saudi, Lebanese and French citizenship). Suddenly, Lebanon was without its leader and the country was thrust into another potentially violent crisis. But most of the 20 or so elected parties in Lebanon – Sunni, Shia, Islamist, Christian, Druze, secular, among others – rallied behind Mr. Hariri. They assumed he had been detained by the Saudis because of his accommodating political position with Hezbollah. France, Lebanon’s colonial master until 1943, helped to extract Mr. Hariri from Saudi Arabia and sent him on his way to Beirut, where he received a hero’s homecoming welcome and rescinded his resignation. With the crisis over, it was game on for the election.

Why does this election matter?

The fact that it is happening at all is a something of a miracle both in Lebanon and in the wider Middle East. The last Lebanese parliamentary election was in 2009, even though one is supposed to be held every four years. But each effort to rev up the vote machine has failed, with one crisis after another, notably the Syrian civil war and the inability to elect a new president taking the blame. Internationally, the Lebanese election delivers the message that its democracy project is intact – a rarity in the Arab world – even if the Lebanese version is tainted by corruption and nepotism, with the sons of elected bosses often automatically propelled into Parliament. (Tunisia emerged as a democracy after the Arab Spring uprisings, but is not technically part of the Middle East.) “If you look around the Middle East, democratic elections don’t happen often,” says Riad Tabbarah, a former Lebanese ambassador to the United States.

Other than the fact it is happening, what is special about this election?

It introduces a new electoral law that is based on proportional representation rather than plurality (two votes are cast, one for a list of candidates in a particular local alliance, one for an individual candidate on that list). The upshot is that, for the first time, a record number of new candidates – many of them women or members of civil-society groups – will have a fair chance of cracking the corrupt old political power bases and squeezing into the 128-seat Parliament. Of the final list of the 113 people who registered as candidates, 84 women made the cut.

Most independents aren’t interested in the traditional geopolitical affinities that can, say, define a party as pro-Iranian (Shia) or pro-Saudi (Sunni); instead, they are concerned with the quality, or lack thereof, of everyday life – job creation, waste collection, education, health, environment. “The good thing about this election is that it can bring new ideas to parliament,” says Fouad Rahme, a Beirut banker who is president of the Lebanese Businessmen’s Association and the leader of a new civil society party called Sabaa (he is not running for Parliament himself). “Civil-society candidates could get five to 10 seats in Parliament, which would be a breakthrough.”

Who will win the election?

Political analysts say the new electoral law makes it hard to predict which parties will gain or lose seats – the poll will take voters into uncharted territory. What is known is that no one will “win” the election, because elections are not really won in Lebanon. The political manoeuvring in Lebanon’s endlessly varied and complicated political landscape – the constitution recognizes 18 religious sects – is aimed at establishing an equilibrium designed to avoid a civil war such as the one that smashed the country to bits from 1975 to 1990 (the constitution dictates that the president is a Maronite Christian, the prime minister a Sunni Muslim and the speaker of Parliament a Shia Muslim)

The March 14 Alliance, led by Mr. Hariri’s Sunni, pro-West, Saudi-oriented Future Movement, is expected to lose seats to the conservative Shia Amal Movement and the Hezbollah-dominated March 8 Alliance. That group, formed in 1982 in response to Israel’s invasion of southern Lebanon, then a stronghold for Palestinian guerrillas, is considered a terrorist organization by the United States and Canada.

The Saudis are backing Mr. Hariri to help ensure the Future Movement’s power base does not erode significantly. “Saudi Arabia has plenty of interests in Lebanon, strategic and economic, and there are close to half a million Lebanese workers in Saudi Arabia,” says Imad Salamey, a political-science professor at the Lebanese American University. “What is critical for the Saudis is Lebanese neutrality in Syria,” Prof. Salamey says, which is a difficult goal given Hezbollah’s strong support of Syrian government forces.

But what might happen if Hezbollah and the other pro-Iranian Shia parties do gain a lot of power in the election?

That scenario is possible, even if unlikely, and would greatly agitate the Saudis and the Israelis. Their fear, and the fear of the United States, is seeing Lebanon swept into the arc of Iranian-Syrian influence. Were that to happen, Saudi Arabia could retaliate by launching an economic boycott against Lebanon, as it did against Qatar, but a war seems unlikely with either Saudi Arabia or Israel. After seven years of bloodshed in Syria, a war in Yemen and the post-Arab Spring wreckage in Libya, no one wants to see another destroyed state in the Middle East, all the more so since any war might not be winnable. Hezbollah’s fighters in Lebanon are well armed and trained and prevented Israel from securing an outright victory in the 2006 Israel-Hezbollah war.

Will Saad Hariri be the next prime minister?

Almost certainly, yes. Mr. Tabbarah, the former Lebanese diplomat, thinks a backroom deal among Parliament’s power brokers to reinstall him has already been made. Mr. Hariri is considered a safe choice because he is a consensus builder and, in the interests of unity, will make deals with Hezbollah even though his Future Movement party is supported by the Hezbollah-hating Saudi regime. He also has brand value. He is the son of Rafic Hariri, the popular two-time prime minister of Lebanon who was assassinated in 2005.

Yes, but given the economy’s sorry state, it’s strange that it’s not more of an issue. Lebanon’s growth has fallen steadily since the start of the Syrian war and arrival of some 1.2 million Syrian refugees. In the four years before the war, which began in 2011, the economy was on fire, with average growth rates of more than 9 per cent. Its debt-to-gross-domestic-product (GDP) ratio, now at 150 per cent, is among the highest in the world, even higher than that of Greece, and its fat budget deficit, at 10 per cent of GDP, is entirely unsustainable. The only good news is that Lebanon’s central bank and private banking system are strong, preventing the country from going bankrupt. Aware that Lebanon is in dire need of help to prevent an economic crisis that could prove politically and socially disastrous, the World Bank, the European Bank for Reconstruction and Development, Saudi Arabia and other big-name lenders this month pledged US$10.1-billion in low-interest loans and almost US$900-million in grants to Lebanon. The funds will be used mostly to finance infrastructure investments. Still, some economists think Lebanon’s economy could get worse before it gets better. “The country is not on the verge of collapse but none of the parties has a comprehensive and viable long-term economic platform,” says Nassib Ghobril, head of economic research at Lebanon’s Byblos Bank. 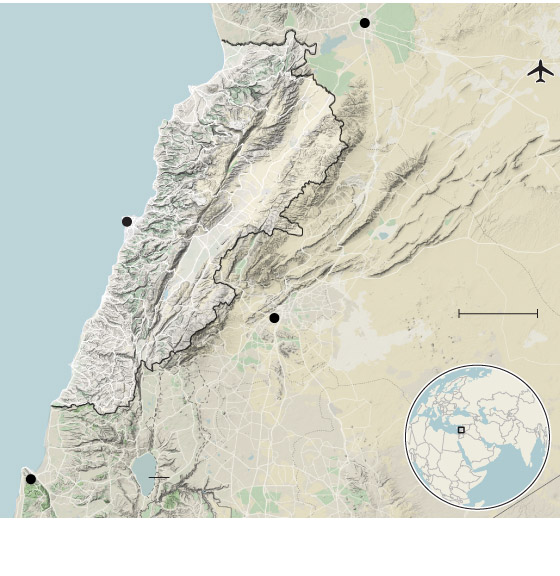 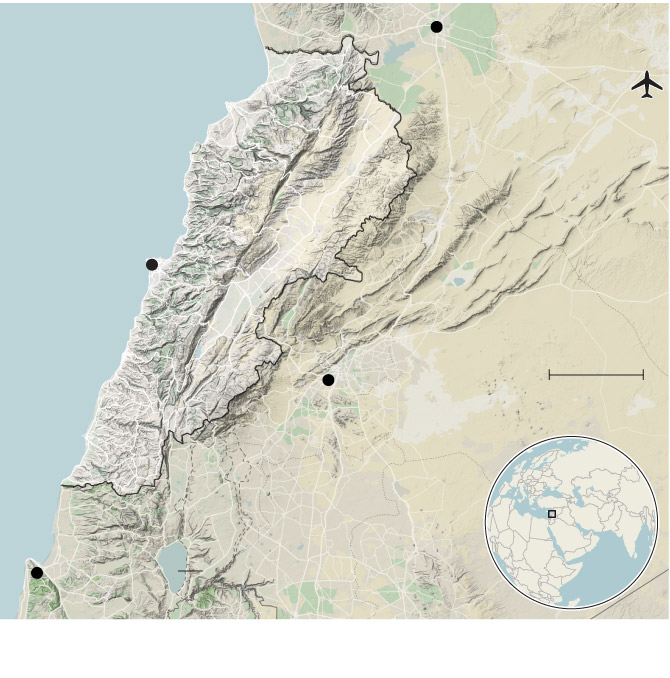 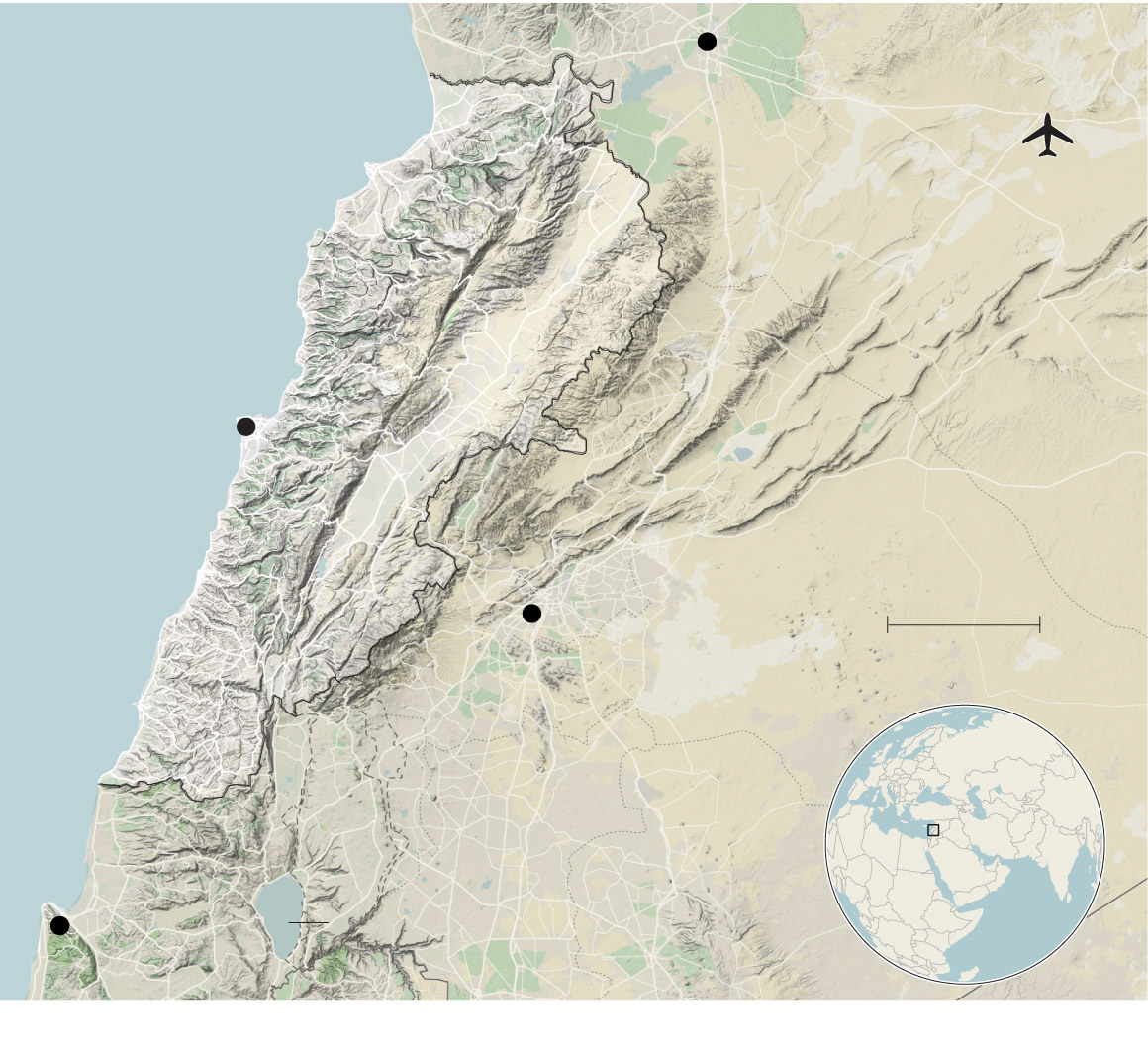 Hezbollah’s homecoming: What happens when fighters return to Lebanon from a Middle Eastern mini-world war?
April 20, 2018
Strikes on Syria threaten a fragile peace in Lebanon
April 13, 2018