Half in wonder, half in horror, the Republican regulars who feared Barry Goldwater would veer to the extreme right in his 1964 presidential campaign against Lyndon Johnson listened as the Arizona conservative delivered a blistering acceptance speech at the party’s San Francisco convention at a time of heightened Cold War nuclear tension. ‘’My God,’’ one observer in the convention hall said in astonishment, ‘’he’s going to run as Barry Goldwater.’’

A top American businessman, the CEO of a Fortune 200 company, explained Mr. Trump to a bewildered House Speaker Paul Ryan of Wisconsin by referring to his background making deals with developers and landowners: ‘’What do you expect − he’s a real estate guy.’’

In other White House administrations, close confidants of the chief executive sometimes worked to allow the president to remain true to his inclinations and instincts. This was especially so in the Ronald Reagan years, when loyalists from his time as California’s governor pleaded to ‘’let Reagan be Reagan’’ − meaning allow the president to remain true to his core conservative beliefs rather than move to a more conventional centre. And it was so, too, when the 40th president’s wife, Nancy, complained that aides ‘’beat his head in,’’ or words to that effect, while preparing the weary president for his first debate with his 1984 Democratic rival, former vice-president Walter Mondale.

No such worries in the Trump administration.

Last week, the President completed the virtual elimination of the White House figures whose (self-proclaimed) job was to rein in the inexperienced leader, to keep him focused on a narrow set of priorities, and − especially important north of the border − to assure that his diplomatic and trade-policy decisions remained consistent with long-standing relationships with traditional allies.

When national-security adviser Lieutenant-General H.R. McMaster was eased out of the White House as part of the most recent administration purge, which began with the dismissal of secretary of state Rex Tillerson, the presidential Praetorian Guard of establishment figures was reduced to only retired general John Kelly, the chief of staff, himself a replacement for earlier establishment figures. In recent days, Steve Bannon, the former chief Trump strategist, said that if Mr. Kelly − impatient and marginalized in the White House − was to resign or was dismissed, he did “not believe there will be another chief of staff.”

Especially during the Trump administration, all this shines fresh light on an incongruity in the American political system, where the skills required to win the presidency are far different from those required to succeed as president. Jimmy Carter, who occupied the White House from 1977 to 1981, is the most vivid modern example: A gifted campaigner with just the right aura of integrity and instinct for the informal after the searing Watergate years, Mr. Carter easily won election only to find that his high moralistic rhetoric and lack of presidential mien doomed him as president.

In most presidential cases, successful candidates undertake a gradual but dramatic transformation from pleading (for support) to leading (with strength).

‘’What you see on the campaign trail usually isn’t what you get in the White House,’’ said Michael McCurry, who was press secretary to Bill Clinton. ‘’The new president soon confronts the necessity of working with other players and adjusts his campaign rhetoric to achieve things. We’ve had none of that adjustment in this presidency.’’

For some, like Mr. McCurry, that is a disadvantage, one that confounds foreign leaders and congressional figures alike and that impedes the regular working of Washington. But for others, especially the Trump voter base, contemptuous of political norms and resentful of establishment practices and policies, Mr. Trump’s very resistance to change is charming − and a powerful antidote to the swamp-dwellers, as Mr. Trump characterizes them, of the U.S. capital.

Mr. Trump, however has gone a step farther, once again last week ejecting establishment figures from his inner circle and eschewing advice from those who fear that his comportment is inappropriate, or that his priorities are misplaced, or that his policies are misguided.

‘’The role of people in an administration is to speak their piece and to assure that a president is seeing all sides of a picture so that he can make a solid decision,’’ said John Roy Price, a top domestic-policy adviser to Richard Nixon. ‘’A strong administration needs to have dissenting voices, and presidents need that to make proper decisions and to see things broadly. The people around the president have got to think more about the country than about the president’s political situation.’’

Mr. Trump himself says he needs little outside guidance and that his instincts, developed in a life of business and affirmed as a successful presidential candidate, are sharper than any that can be provided by outsiders. White House aides of both parties, accomplished in strategic flattery and possessed of a strong sense of self-preservation, often say publicly that the best strategist in the executive mansion is the president, but they seldom mean it and seldom are completely correct.

And while most administrations cultivate a sense of order, with established lines of command and communication, Mr. Trump thrives in chaos − and promotes it.

’’A candidate who becomes president soon will feel the weight of the office falling pretty heavy on his shoulders,” said Mr. McCurry, the Clinton press secretary. ‘’Candidates usually become very self-aware of the magnitude of what they have to deal with once they become president. That’s what is so aberrational of this President. He hasn’t ever seemed to accept the burdens and the responsibilities.’’ 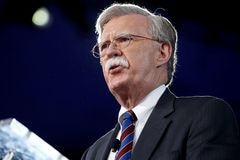 Opinion
Watch out world, John Bolton the superhawk has landed in the White House
March 24, 2018 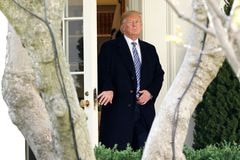