The head of the World Food Programme, who recently recovered from COVID-19, says at least 30 million people could die of starvation if the UN agency doesn’t receive critical funding needed to feed the world’s most vulnerable during the global pandemic.

David Beasley, executive director of WFP, says the organization relies on the financial support of governments to feed nearly 100 million people around the world, including 30 million who rely on life-saving food. As the novel coronavirus pandemic continues to hurt the world economy, Mr. Beasley says he is concerned governments will cut funding for WFP – a decision that could have grave consequences.

“If we lost our funding … a minimum 30 million would die. Over a three-month period, that would be 300,000 people dying per day,” Mr. Beasley said.

“That’s why leaders have got to balance out the COVID response with keeping the economy going because otherwise a lot more people will die from starvation and economic deterioration than from COVID itself.”

Mr. Beasley spoke to The Globe and Mail by phone from his home in Darlington, S.C., where he recently recovered from the coronavirus. He started developing symptoms on March 13, after returning from weeks of travel, including a trip to Ottawa for the opening of WFP’s new office in Canada. Initially he thought it was allergies, but as symptoms disappeared and reappeared, he decided to get tested. The result was positive.

“Every place I went, I used hand sanitizer. I was extremely safe so it very surprising that I got it. It made me realize how easily contagious this particular virus is," Mr. Beasley said.

The agency issued a statement about Mr. Beasley’s test results and reached out to everyone he had been in contact with, including Kamal Khera, federal parliamentary secretary for International Development. Ms. Khera attended the Ottawa office opening and was photographed with Mr. Beasley. She later tested positive for the virus and is now nearly recovered.

Mr. Beasley said he has no idea where he contracted the virus, if he gave it to Ms. Khera or vice versa. Aside from some chest congestion, sore throat, aches and a fever, his symptoms never got severe enough for him to be sent to hospital.

He continues to work from his home, where he regularly speaks to world leaders about WFP funding and supply chain concerns. He is urging governments to keep supply chains moving so the agency can deliver important food and supplies.

Mr. Beasley said 97 per cent of WFP staff are still working in the field, trying to navigate the new realities of the pandemic while continuing to deliver food supplies. But some of the restrictions are a matter of life and death.

“I’ve got countries saying if you’re moving supplies, you’ve got to put your trucks and airplanes in quarantine for two weeks and I’m like 'What? You can’t have people go without food for a couple weeks. They’ll die,’ " Mr. Beasley said.

WFP operates logistics hubs for the UN’s emergency operations, transporting testing kits, masks and personal protective equipment for groups such as the World Health Organization, UN Refugee Agency and UNICEF. It is currently setting up hubs in strategic locations, such as Dubai, Atlanta and Guangzhou, China, where supplies are manufactured. The cargo is then transported by air or sea to regional hubs, where it can be quickly deployed to vulnerable countries.

The organization has issued a global appeal for US$350-million to support the hubs. As of Wednesday, it had only raised 20 per cent, including $13.5-million from Canada. That Canadian amount comes in addition to more than $227-million Canada has provided this year to support WFP’s core funding.

International Development Minister Karina Gould said the Canadian government will maintain its regular financial support for development and humanitarian work, in addition to supporting pandemic-specific efforts, so agencies such as WFP can continue critical activities.

“These core activities are so important to saving lives, whether it is the direct food assistance that WFP provides to over 100 million people around the world or whether its providing routine vaccinations,” Ms. Gould said in a phone interview. 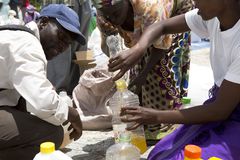 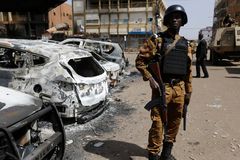 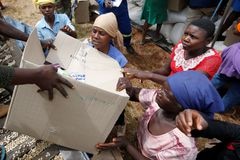