President Donald Trump’s overhauled trade deal with Canada and Mexico is facing growing resistance in the U.S. Congress, threatening a protracted battle over the future of $1-trillion worth of annual continental commerce.

The largest business lobby in the United States is planning a court challenge if Mr. Trump tries to terminate NAFTA to pressure legislators to ratify the pact’s replacement, the U.S.-Mexico-Canada Agreement, said three sources with knowledge of the closed-door strategizing.

The U.S. Chamber of Commerce is one of several business, agricultural and advocacy groups looking to sue the Trump administration if he triggers the North American free-trade agreement’s withdrawal process, said the sources, who were granted anonymity by The Globe and Mail because they were not authorized to speak publicly on the matter. Such legal action would assert that the U.S. President does not have constitutional authority to pull the country out of a trade deal without Congress’s approval.

The groups are hoping to avert the serious economic consequences that would likely ensue from breaking up one of the world’s most lucrative free-trade zones. Court action would likely go all the way to the Supreme Court, which could take years – buying time for companies to prepare for the worst, or for a more trade-friendly president to replace Mr. Trump.

That plans are being made for such an extreme scenario underscores the fraught status of the USMCA. The three countries spent 13 difficult months negotiating it at Mr. Trump’s behest.

Now, Congressional Democrats are demanding that the pact be reopened to strengthen its labour, environment and anti-discrimination provisions. Republicans are unhappy that it dialed back protections for U.S. investment in Mexico and Canada. And Mr. Trump has repeatedly threatened that, if Congress doesn’t ratify USMCA, he will withdraw from NAFTA to force legislators to choose between the new deal and no trade pact at all.

Bill Pascrell, a New Jersey Democrat who sits on the House subcommittee on trade, said the USMCA’s labour standards – which are already stronger than those in NAFTA – must be made even tougher to give Mexican workers protections more in line with those found in the United States and Canada.

Mr. Pascrell said such protections must be in the main text of the deal rather than a separate side agreement. Changing the body of USMCA would require reopening the text for negotiation.

Mexican workers make, on average, the equivalent of about $3 an hour, a fraction of the pay their counterparts in NAFTA’s wealthier countries receive.

“We’re actually going to try to find out what’s in the [deal] that we’re voting on. I don’t want to judge that prematurely,” he said.

Mr. Trump’s trade chief, Robert Lighthizer, has been meeting with the subcommittee in a bid to assuage their concerns. There are several options for the administration to pump up the deal’s labour provisions without reopening it. One is to negotiate a further side agreement with Mexico. Another is to guarantee that, if a U.S. union accuses Mexico of violating the pact’s labour provisions, the administration will take up the case at a trade tribunal.

There is also the possibility that the Democrats will use it as a bargaining chip to force the administration to agree to unrelated party priorities: The Democrats are pushing for more infrastructure spending, improved health care and immigration changes.

“USMCA has a great deal of symbolic value to the Trump administration. The President will lose face if he can’t get it passed,” said Ryan Young, a trade expert at the Competitive Enterprise Institute think tank. “That means House Democrats hold all the cards. They can refuse to pass USMCA out of spite, or they can offer to ratify USMCA in exchange for concessions.”

Hence, Mr. Trump’s threat to tear up NAFTA and back Congress into a corner.

Under the pact’s article 2205, any country can pull out after giving six months’ notice to the other two.

The legal challenges in the works would turn on the commerce clause of the U.S. Constitution, which gives Congress control of trade policy, the sources said. They would argue that because Congress only delegated power to the President to negotiate NAFTA – but not to terminate it – he cannot trigger article 2205 without congressional permission.

The President’s power to end a trade deal has never been conclusively established. In 1979, the Supreme Court sided with then-president Jimmy Carter in a legal challenge over Mr. Carter’s decision to pull out of a defence treaty with Taiwan. That case, however, concerned a military pact and not a trade agreement.

Robert Holleyman, a former high-ranking trade official in the Obama administration, contends that Mr. Trump does have the power to withdraw the U.S. from NAFTA. But NAFTA’s implementation legislation, which was passed by Congress, would remain in place: This would mean that only some aspects of the deal, such as the abolition of most tariffs, would be reversed immediately − but other pieces, such as dispute-resolution tribunals, would stay.

“The prevailing wisdom is the President might be able to pull us out, but it wouldn’t affect all of the obligations, some of which would need Congress to weigh-in,” he said. “It’s fairly clear the President has substantial authority.” 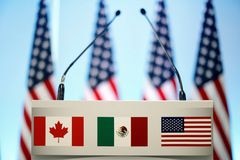 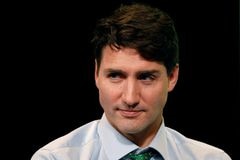 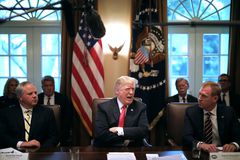