House Democrats return to Washington this week poised to significantly broaden their nascent impeachment inquiry into President Donald Trump beyond the findings of the Russia investigation, but they will confront a fast-dwindling political clock.

Undeterred by lackluster public support for impeachment, Democratic lawmakers and aides have sketched out a robust four-month itinerary of hearings and court arguments that they hope will provide the evidence they need to credibly portray Trump as corrupt and abusing his power.

Beyond the president’s efforts to impede the special counsel’s investigation, Democrats also plan to scrutinize his role in hush payments to two women who said they had affairs with him and reports that he dangled pardons to officials willing to break the law to implement his immigration policies. Democrats also demanded documents last week related to whether his resort properties illegally profited from government business.

“The central oversight perspective so far has been focused on the Mueller report,” said Rep. Jamie Raskin, D-Md. and a former constitutional law professor who sits on the Judiciary Committee. “We need to broaden out the oversight work to get a complete picture of the lawlessness of the administration. That is the imperative for the fall season.”

Whether Democrats’ agenda will result in a House vote to impeach a president for only the third time in American history remains the most significant unanswered question of Trump’s presidency, one that could shape his bid for reelection and his prospects of notching any additional legislative accomplishments in his first term.

But even the most ardent supporters of impeachment conceded that time might already be short, with only around 40 days in session left before the end of the year and a slew of issues on Capitol Hill that could sap additional time and energy. Congress must fund the government in the coming weeks, and lawmakers in both parties want meaningful legislative debates over Trump’s trade deal with Mexico and Canada, gun safety legislation and bolstering election security.

Most House Democrats now privately agree that Trump’s behavior clears the bar for an impeachment vote – some reached the conclusion over the six-week recess that just ended – but the politics of doing so are more complicated and their leaders appear no closer to a decision on whether to proceed.

The Judiciary Committee’s chairman, Rep. Jerrold Nadler of New York, has indicated that the panel will most likely determine late this year whether to advance impeachment articles, and aides have privately argued that they cannot wait much longer to leave enough time to vote and try a case in the Senate before the 2020 election more forcefully diverts attention.

But House Speaker Nancy Pelosi remains skeptical, telling colleagues during a private call late last month that the public still “isn’t there on impeachment.” Many of the caucus’s more moderate members, whose districts are crucial to maintaining the Democrats’ majority, have not backed impeachment either. And Republicans remain unified behind Trump.

Just as consequentially, court cases have hamstrung Democrats’ ability to stage potentially powerful public hearings – in part as a result of Trump’s stonewalling of congressional oversight efforts. Rulings in two cases – one on unsealing grand jury secrets from Robert Mueller’s investigation, and the other to enforce a subpoena for former White House counsel Donald McGahn – are expected this fall. They could determine whether lawmakers will be able to blunt the White House’s attempts to run out the clock by slow-walking document production and ordering major witnesses not to appear before lawmakers without a court order.

For now, Democratic congressional investigators agree they should push ahead, even if impeachment ultimately remains beyond their grasp.

“If we aren’t able to collect the evidence that we need to present a credible case before the election, well, at least maybe we will have put enough evidence out there that the public can exercise another form of regime change that is in the Constitution and vote,” said Rep. Mary Gay Scanlon, D-Pa., who is on the committee.

The Judiciary Committee will take a substantial step to organize its effort this week. Lawmakers are expected to vote to establish rules and procedures governing the inquiry, including allowing staff lawyers to question witnesses and the president’s lawyers to more formally offer a defense, according to an official familiar with the committee’s plans.

Democrats began examining hush payments and other areas of scrutiny in the spring, requesting documents and taking other early steps. But they have focused mostly on Mueller’s investigation and his account of Trump’s repeated attempts to thwart his team.

Several high-profile witnesses were subpoenaed to appear before Congress in September to discuss potential obstruction acts, including Trump’s former campaign manager Corey Lewandowski and Rob Porter, a onetime White House aide. But Democratic leaders are hoping that their review of Trump’s properties, the hush payments and pardon-dangling might resonate more with the public and allow lawmakers to sidestep the wall the White House has erected around witnesses related to Mueller’s inquiry.

Federal prosecutors in Manhattan investigated payments to pornographic film actress Stormy Daniels and to Karen McDougal, a former Playboy model, and charged Trump’s former personal lawyer, Michael Cohen, with violating campaign finance laws by arranging the payments. Though Trump was not named in the indictment, prosecutors referred to him as “Individual-1” and said he directed the illegal payments. Trump has acknowledged the payments, insisting they were legal. He has denied the affairs themselves.

By calling witnesses involved in the payments, Democrats believe they can make the case that Trump broke the law in his pursuit of the presidency, even through prosecutors closed the investigation without additional charges. It is not clear whether prosecutors concluded that they were bound by the Justice Department’s view that a sitting president cannot be indicted.

By broadcasting the details of Trump’s repeated efforts to drive government business to his family’s hotels, clubs and resorts, Democrats hope they can convince Americans that Trump is trying to profit off the presidency, a potential violation of the Constitution’s emoluments clauses. Trump has repeatedly rejected that accusation and turned over management of his company, the Trump Organization, to his oldest sons and an executive through a trust, though he is its sole beneficiary.

Democrats have also framed Trump’s reported offers to pardon aides willing to break the law to carry out his immigration policies as part of a pattern that also includes his efforts to impede Mueller’s investigators. The committee ordered Department of Homeland Security officials last week to hand over records related to the overtures, which Trump has denied and White House aides have said were jokes.

Democrats are largely united in their approach to casting Trump as abusing his power and plan to advance legislation to fight foreign election interference and disinformation campaigns, according to the speaker’s office.

But their stance has only loosely papered over internal differences about any impeachment vote, and party leaders could be forced to confront a messier intraparty conflict in the coming months based on how they decide to proceed.

Some of the House’s most liberal lawmakers appear to be growing tired of the methodical pace laid out by leadership and are prepared to argue more forcefully that allowing Trump to skirt punishment for his actions could free future presidents from congressional constraints on their powers.

Rep. Steve Cohen, D-Tenn. and a senior member of the Judiciary Committee, said he spent August updating his own articles of impeachment accusing the president of emoluments violations, obstruction of justice, welcoming Russia’s election interference and unconstitutional attacks on the courts and the news media.

“I’m going to try to find out how many people are willing to stand up and vote for impeachment,” he said. “I understand the speaker and the chairman’s attitude about wanting to bring out all this proof. The proof is already there.”

Liberal advocacy groups had hoped to push the party during the August recess toward an impeachment vote by stirring up a groundswell of grassroots support. But many moderate lawmakers opposed to impeachment emerged from August further convinced that their reticence was justified by voters’ lack of interest in impeachment and that the president was best voted out of office instead of removed.

That split may force impeachment advocates toward a compromise. With the Republican-controlled Senate highly likely to acquit Trump even if the House’s case were put to trial, some Democrats have begun raising another possibility: that the Judiciary Committee could draft articles of impeachment, vote them out of the panel but never bring them to the floor of the House – offering the public an election-year indictment of sorts without ever bringing the president to trial. 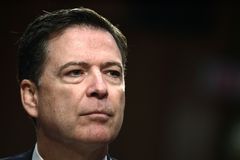 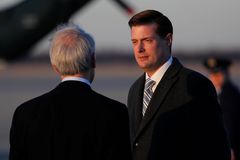 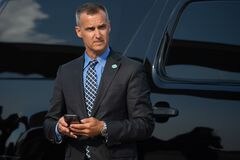