U.S. President Donald Trump wants to negotiate separate trade deals with Canada and Mexico – a move that would fragment the world’s largest free-trade zone and give U.S. negotiators more leverage to wring concessions out of Canada and Mexico.

Mr. Trump’s chief economic adviser, Larry Kudlow, said in a television appearance on Tuesday morning that the President plans to “rather quickly” move to bilateral talks.

“His preference now, and he asked me to convey this, is to actually negotiate with Mexico and Canada separately. He prefers bilateral negotiations,” Mr. Kudlow said on Fox & Friends, the President’s favourite TV show. “Canada is a whole lot different than Mexico. It’s got different problems.”

Mr. Kudlow said he had informed a “top” Canadian official “right next to the Prime Minister” of the idea and was hoping to hear back soon. The President has mused before about breaking up NAFTA – as recently as last Friday – but Mr. Kudlow’s comments are the first indication he plans to move forward with this.

Canada and Mexico are already under intense pressure from the United States, which last week slammed its NAFTA partners with hefty steel and aluminium tariffs. Mexico hit back on Tuesday, imposing levies on U.S. steel, aluminium and other products. Canada has announced retaliatory tariffs to take effect on July 1 on the metals and consumer goods including bourbon, pickles and orange juice.

NAFTA negotiations have largely stalled in recent weeks: Canada and Mexico have proposed resolutions under which they would agree to U.S. demands on auto content rules and in a few other areas in exchange for Mr. Trump dropping most of his other protectionist proposals. U.S. trade representative Robert Lighthizer has rejected them.

Canada’s International Trade Minister was unequivocal that Mr. Kudlow’s proposal is a non-starter.

“Our intention and what we want is obviously a trilateral agreement,” François-Philippe Champagne told reporters on Tuesday afternoon. “More than 24 years the supply chains have been integrated and … this has provided millions of good, middle-class jobs.”

One senior Canadian official said the United States had not presented Canada with a request for bilateral negotiations or any details on how such talks would work. Canadian officials have consistently told their U.S. counterparts that NAFTA must remain a three-way pact, said the official, who spoke on condition of anonymity.

Mr. Kudlow’s comments are not the equivalent of a request from Mr. Lighthizer, who is leading negotiations, but serve as a reminder that this option is still under consideration. Further direction will likely come when Mr. Trudeau meets Mr. Trump at the Group of Seven summit in Charlevoix, Que., later this week.

Canada and Mexico differ on some major NAFTA issues: Canada has been more willing to agree to tighter automotive content rules than Mexico, which has fought back against a U.S. demand to force auto makers to source at least 40 per cent of their car parts from companies paying US$16 an hour or more.

And Mexico – which Mr. Trump blames for the disappearance of U.S. manufacturing jobs – was the original impetus for the President’s decision to renegotiate NAFTA, with Canada getting roped in largely because it happens to be part of the trade deal.

However, Canada and Mexico have often presented a unified front in the negotiations in a bid to preserve as much of the current open market as possible against Mr. Trump’s protectionist demands. Separate talks would prevent them from teaming up against the United States. Among other things, Washington is proposing tough new Buy American rules for government contracting, the abolition of NAFTA’s dispute-resolution provisions and a “sunset clause” that would terminate the deal in five years unless all three countries agreed to extend it.

One Canadian source said the Trudeau government has told the Trump administration that Canada’s only preconditions are that NAFTA cannot have a sunset clause and must preserve a dispute-resolution mechanism. Otherwise, the source said, Canada is willing to negotiate on all of the other U.S. demands.

Ending the three-way deal could hurt businesses with supply chains that stretch across the continent. Many auto companies, for instance, find efficiencies by sourcing parts from all three countries.

“It is a way to split your negotiating partners to get maximum advantage,” said Mr. Ujczo, who is based in Columbus, Ohio. “We will reduce competitiveness by increasing compliance costs for companies operating in North America that now would have to meet three sets of rules.”

Christopher Sands, director of the Center for Canadian Studies at Johns Hopkins University, said a divided NAFTA could also achieve Mr. Trump’s goal of getting companies to leave Canada and Mexico and set up in the United States.

“My fear is that NAFTA gets split up and the U.S. would be the only country that works in both directions,” he said.

Mr. Sands said it is possible Mr. Trump will skip the G7 summit, depriving Canada of an opportunity to “sweet talk” the President out of his trade war.

Veteran trade lawyer Larry Herman said it would be difficult for Ottawa to reject bilateral negotiations if Mr. Trump insisted. But the federal government will need more than Mr. Kudlow’s suggestions and tweets from Mr. Trump.

“Before we even get to that point, there has to be a much more detailed engagement with the Americans to sound out what they’re getting at and to determine how they intend to approach such a set of bilateral negotiations,” he said. 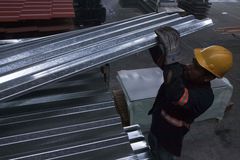 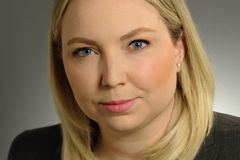 Explainer
Trump’s tariffs: How Canada is retaliating and what it means for NAFTA
Subscriber content
June 6, 2018 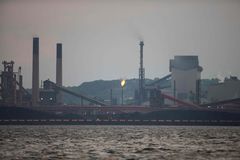