Officially, 2019 was the United Nations’ Year of Indigenous languages. Unofficially, it was Canada’s year of Indigenous art. Again and again, the most impressive shows and the most persistent themes involved First Nations and Inuit artists. In the fall, the inaugural Toronto Biennial took indigeneity – and the site of Toronto with its First Nation origins – as its central concerns. The art included satirical videos by the New Red Order and a conversation between Siksika artist Adrian Stimson and AA Bronson about historic racism on Alberta reserves as well intense drawings of disappearing nature by the Indigenous Colombian artist Abel Rodriguez.

Over at the Art Gallery of Ontario, B.C. artist Brian Jungen (of European and Dane-zaa descent) drew the summertime crowds with a large show of his signature work shaping Northwest Coast masks and poles from repurposed Nike running shoes and TaylorMade golf bags.

More than 2,000 kilometres north in Cape Dorset (or Kinngait) in Nunavut, the West Baffin Eskimo Co-operative marked six decades in business, offering its 60th annual fall release of new prints. But it wasn’t just the familiar images of walruses and owls that the co-op sent south: A major solo show of fantastical drawings by Shuvinai Ashoona at the Power Plant featured motor boats, octopuses and our green-and-blue globe.

In Ottawa at the National Gallery of Canada, Abadakone/Continuous Fire, a survey exhibition of contemporary Indigenous art from around the world, placed Canadian artists in an international context. The surprising creations included a treehouse library full of books about the Sami of Finland by artist/architect Joar Nango, a towering column woven from marine rope by the Maori collective Mata Aho of New Zealand, and tiny figures of antler and hide recalling historic Inuit talismans but made by the contemporary Siberian artist Evgeniy Salinder.

Meanwhile Indigenous artists also represented Canada abroad. In May, Isuma, the Inuit film-and-video collective based in Igloolik, Nunavut, and Montreal, broadcast a livestream from the edge of an ice floe to the Canadian pavilion at the Venice Biennale. On camera, director Zacharias Kunuk interviewed elders about mine development in the North Baffin region. And in New York in December, the Metropolitan Museum unveiled mural-scale paintings by the Canadian Cree artist Kent Monkman in its majestic great hall, that hypercolonial entrance space.

Monkman’s work, which wittily undercuts colonial myth by reworking 19th-century history painting, is overtly social and political – as is Isuma’s. But what is remarkable about the burgeoning of Indigenous art is how successfully it can move beyond denunciatory tropes to meld traditional motifs with Western practices to create a living contemporary art rich in implications about the colonial experience. Ashoona’s big drawings with their startlingly flattened perspectives or bird’s-eye views draw imagery from traditional and contemporary life in the North (parkas, snowmobiles) but also from the artist’s television set. Odd to say, but a short list of the most important Canadian art works on show in 2019 would have to include Ashoona’s drawings of the Titanic – inspired by the artist’s favourite movie.

Similarly, Jungen’s nimble deconstruction – both literal and intellectual – of familiar commercial goods including running shoes, golf bags and plastic lawn chairs offered AGO visitors a tantalizing array of potential themes. They would include everything from a discussion of the way we prize material culture to an exploration of sports as a form of community engagement or alternative combat.

What was notable about the Jungen exhibition – aside from the art – was the amount of space the AGO and curator Kitty Scott allotted to the show: the entirety of the museum’s Zacks wing, its largest temporary exhibition space and more often home to boffo names such as Monet, Rubens or Picasso. Without much fanfare, AGO director Stephan Jost has remade the gallery’s exhibition schedule in recent years, offering big shows to a long list of diverse, female and Indigenous artists including Anishinaabe artist Rebecca Belmore, the African American Mickalene Thomas and, of course, Japan’s Yayoi Kusama.

International art museums, notoriously stuffed with work by dead white men, are in the midst of a big rethink. As a summertime show of Gauguin portraits at the National Gallery in Ottawa moved to the National Gallery in London, it ignited debate about how to deal with that European artist’s evident exploitation of teenage Tahitian women. Was the show prudish in showing so few of his nudes – or should Gauguin just be retired altogether?

Such debates can be divisive. Last summer, members of the International Council of Museums argued over a controversial new definition that suggested museums should contribute to “human dignity and social justice, global equality and planetary well-being.” A vote was postponed to avoid a nasty split.

Still, Canadian museums are ready for these issues, questioning whose art they show and how their institutions relate to the larger community. At the National Gallery, newly appointed director Sasha Suda is figuring out how to engage Canadians more fully. In a 1980s building designed as a jewel box not a commons, she’s determined to get more of the art hidden away in galleries into the museum’s lobbies and hallways. She’s already moved the box office to the top of that long entrance ramp so it’s not the first thing visitors encounter. (The AGO, meanwhile, has made admission free for anyone 25 and under.)

At Montreal’s Museum of Fine Arts, director Nathalie Bondil is the reigning queen when it comes to aggressively redefining museums as institutions with social mandates. Her 2019 project was the reinstallation of the museum’s neglected collection of non-Western art as a globalist’s dream. The Arts of One World galleries in the new Stéphan Crétier and Stéphany Maillery wing offers “a geopoetic stroll,” across time, cultures and styles. There you’ll find bold juxtapositions: rare African masks oversee a contemporary Canadian video of contraband ivory; historic Shang Dynasty bronzes encounter a MacDonald’s hamburger clamshell mockingly made in the same historic style.

As these developments swirl, the Vancouver Art Gallery will certainly have some catching up to do as the unexpected departure in May of long-time director Kathleen Bartels leaves that museum now looking for the smart new executive who can finally see through its much delayed new building project.

It’s unlikely that will be the Canadian museum project of 2020. Look instead to the Winnipeg Art Gallery which is building a new centre dedicated to Inuit art that includes a collection of 13,000 pieces, many held in trust for Nunavut. With artists at work and storage on view, the centre plans to revolutionize the relationship between southern museums and northern art as Canada’s Indigenous renaissance continues apace. 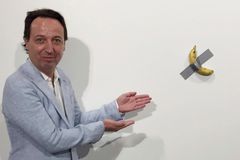 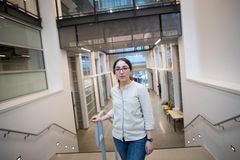 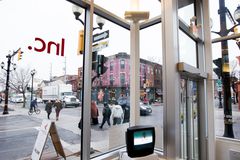