On May 18, 1642, a few dozen religious fanatics from France arrived at an island in the St. Lawrence River, held a celebratory mass and declared themselves home. Their goal was to build the New Jerusalem and convert the heathen.

Ville-Marie could have vanished like most utopian settlements, but it became Montreal. Many current residents may have little idea of the town's original purpose, but lots of Montrealers have reason to be glad the missionaries didn't reach their destination, say, a year earlier. If they had, Montreal would have lost a convenient overlap between significant anniversaries for their city and the country.

Canada 150 is also Montreal 375, as anyone who lives here can't fail to know. In public discourse, the two fêtes are like paired runners in a three-legged race: One can't appear without the other.

The convenience of this is that everyone in town, including federalists and sovereigntists, can feel festive without having to be specific about why. Also, since national celebrations inevitably bring on capital projects, Montreal can count on a double payout for every commemorative jackpot.

Each of the past two significant birthdays for country and city have yielded significant new building projects. For the 1992 celebrations, the Montreal Museum of Fine Arts built a new pavilion, the Pointe-à-Callière museum of archeology and history opened its doors near the Old Port and the Musée d'art contemporain moved to its current site at Place des Arts. The McCord Museum had a major expansion, the historic Bonsecours Market reopened and the Montreal Biodome was installed in the former Olympic velodrome. Nineteen sixty-seven, of course, was the year of Expo, the ne plus ultra of overlapping anniversary projects. Expo helped provide the spark for the construction of the Montreal Metro and much else. Most importantly, for a few weeks in the summer, it made Montreal the undisputed centre of Canada, whatever Ottawa and Toronto might think. It also stoked the fever dreams of then-mayor Jean Drapeau, who imagined putting on some kind of international jamboree every five years, continuing with a failed Olympic bid for 1972 – disastrously realized, from a financial point of view, four year later.

For this anniversary year, the Montreal Museum of Fine Arts has opened another wing, the Michal and Renata Hornstein Pavilion for Peace, and the National Film Board is preparing to open its new headquarters in the city's Quartier des Spectacles next fall. But the most talked-about project may be the more ephemeral lighting of the Jacques Cartier Bridge, mainly because it will cost $39.5-million.

Half of the current anniversary confluence is overseen by Mélanie Joly, a former Montreal municipal politician, who as federal Minister of Canadian Heritage controls the $210-million birthday fund set up by the previous Conservative government. Another $40-million for cultural projects is going out via New Chapter, a Canada 150 fund administered by the Canada Council for the Arts.

The City of Montreal has pledged $300-million for its own legacy projects. A not-for-profit commemorative organization, with programming by Just for Laughs founder Gilbert Rozon, has vowed to keep the city hopping all year, with its own $110-million budget. The many activities outlined on its website are clearly about celebrating one compassable place and a community of communities you can encounter by walking down the street or riding the Metro.

Canada 150 is a more diffuse thing, of necessity and by design. Every place and everyone is included, and all forms of activity that can be linked, even tangentially, with positive feelings for the country and Confederation. It's not easy to discover, from Heritage's Web resources, which projects affect Montreal in particular. A few signature investments seem to leave the city more or less to one side, such as the $7-million Canada Mosaic project run by the Toronto Symphony Orchestra, which includes every major Canadian orchestra except the two based in Montreal.

The Heritage site also says "you will be invited to spectacular festivities to mark the 150th anniversary of Confederation," including the fête nationale du Québec on Saint-Jean-Baptiste Day. Apparently someone at Heritage is unaware that that particular party is not known for its concentration of federalist sentiment.

Some Montreal 375 projects don't include much or any resonance with the federal hoo-ha. Louis Vachon, the National Bank president who launched and privately raised the $3.2-million for a six-kilometre public art work along the Autoroute du Souvenir, recently told me the light installation is offered as "a gift for the 375th anniversary." If it's also supposed to be a birthday present for Canada, that detail somehow slipped his mind.

The apex of Canada 150 will of course arrive on July 1, Canada Day. But in terms of the tension in Quebec between local and national celebration, the real day of days will be May 22. That's Victoria Day in most of Canada, but in Quebec it's the Journée nationale des patriotes, dedicated since 2003 to the insurgents, mostly from Montreal, who rebelled against Victoria's local governors in 1837-38.

Seventy-three Patriotes died in battle, 1,600 were wounded or captured and 87 were later executed or exiled by the British military. Lord Durham was dispatched from London to find out what was wrong in the colony, wrote a scathing, never-forgotten description of the Canadiens ("a people with no literature and no history"), and provoked a political union of Upper and Lower Canada that most historians see as unfair to the latter.

The whole story is retailed in Anne-Marie Sicotte's recent Histoire inédite des Patriotes, a beautifully illustrated and bitterly partisan account of what happened when a freedom-loving people took issue with its tyrannical overlords. It's not a text to stimulate fuzzy feelings about Canada.

Fortunately, there's always an option in Montreal. Pick a number between 150 and 375, and enjoy the party. 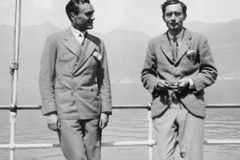